Re-reading (And Not Reading) James Joyce 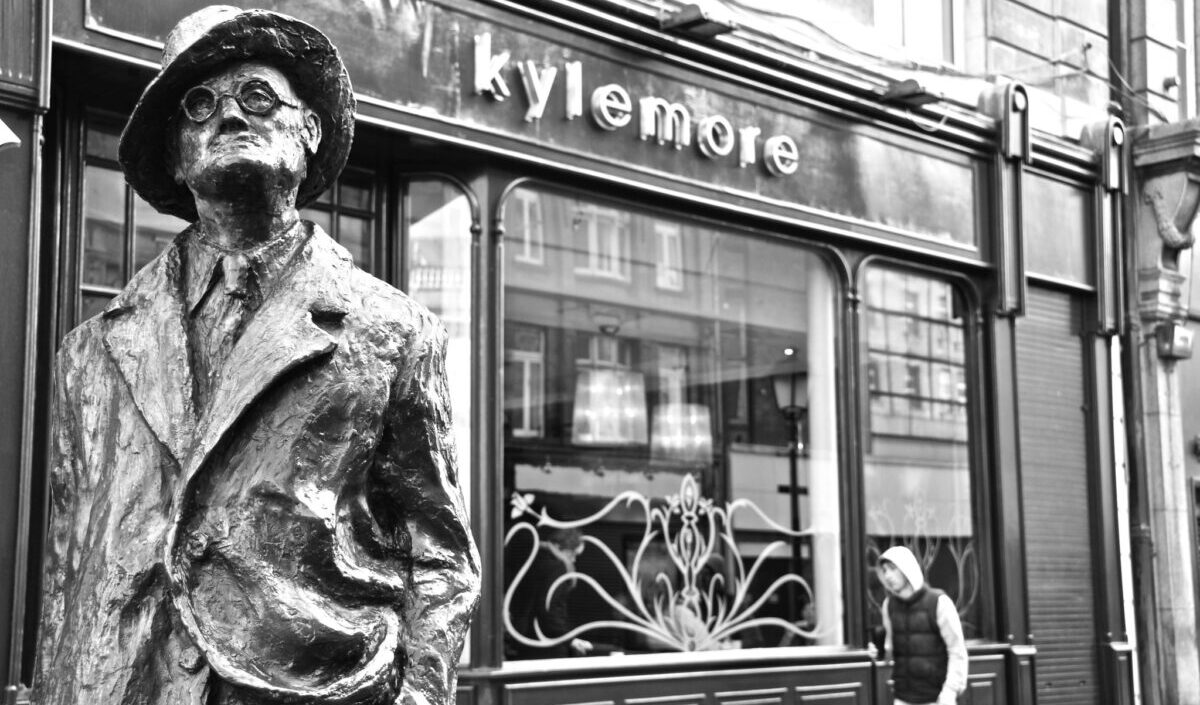 I know that every single one of you is wondering whether and in what ways I appreciate James Joyce’s work. So, in this post, I’ll borrow –and add to — a typology that Alan Jacobs has come up with. I’ll then show how that typology seems true for me when it comes to James Joyce’s four best known works of prose.

To that typology, I’ll add a fourth: Books I’m too intimidated by to even try reading.

I love this book (as my pseudonym suggests). I’ve re-read it countless times. I’ve read commentaries on it. I’ve started (slowly) to listen to a free audio book version of it on YouTube.1 For those who don’t know, it’s a collection of short stories and not a stand-alone novel.

I’ll confess that one reason I know this book so well, and have been able to enjoy it so much, is that I read it for the first time in a literature class, under the guidance of an instructor who also understood the book well. If I had read it on my own, without his assistance, I might not have “gotten” the book.

Strangely enough, that instructor did not focus so much on establishing the context of the book or on exploring the literary tools Joyce used. In fact, I recall that he had a fairly light touch when it came to talking about such things.

Instead, I got two other things from him. The first was that he assigned the book in the first place. I wasn’t against reading Joyce, but I might not have finished Dubliners had I simply picked it up and started reading. Speaking for myself, being required to do something is often a great inducement to do it.

The second and most important thing was that the instructor impressed upon me just how funny Dubliners is.2 Had I read it on my own, I might never have noticed most of the humor in it. In some cases, the humor is there for English reader to see. In others, it requires some background knowledge of the issues involved. For me, I was a VERY SERIOUS nineteen-year-old student, and I tended to see only the VERY SERIOUS points made by PROFOUND authors. Humor usually didn’t enter into the picture in any meaningful way, at least not for me.

From “After the Race”:

He knew that he would regret in the morning but at present he was glad of the rest, glad of the dark stupor that would cover up his folly. He leaned his elbows on the table and rested his head between his hands, counting the beats of his temples. The cabin door opened and he saw the Hungarian standing in a shaft of grey light:

From “Ivy Day in the Committee Room”:

…Mr. Henchy said to the boy:

–If you please, sir, said the boy.

The old man opened another bottle grudgingly, and handed it to the boy.

–Tell me, Martin, he said. Weren’t some of the Popes–of course, not our present man, or his predecessor, but some of the old Popes–not exactly…you know…up to the knocker?

There was a silence.

–Yes, because when the Pope speaks ex cathedra, Mr. Fogarty explained, he is infallible.

Category 2: Portrait of the Artist as a Young Man

I read this book on my own. I actually read it before college, when I was a senior in high school. It was like wading in a fog in which I caught only glimpses of something. Even so, I think I “got it,” at least partially. The opening scenes, where Stephen is a baby and later, when he goes to boarding school, struck me. I got it. Kind of. The later portions of the book took me a while to get. It was a slower slog. But I seem to remember something about hell and damnation and conversion and later turning away from the church.

I’ve re-read it at least once and have tried to re-read it more times. For some reason, I tend to stop after the boarding school chapter. If or when I do re-read it, I’ll do so precisely for Jacobs’s reason, to get more out of it what I didn’t quite get before.

I swear that my eyes saw every single word in that novel. I even remember some scenes. I remember the chapter about the drinking episode. I remember Stephen making an antisemitic joke to Leopold and Leopold’s disappointment. I remember the recurring scenes of people being paid to walk around the city wearing “Healy’s” sandwich boards. I remember Leopold burning the kidney he was cooking for breakfast. I remember something about Stephen feeling guilty about what he said or didn’t say to his dying mother. I kind of remember the parting monologue Molly gives us. I probably remember a few other things, too.

But I really didn’t “get it.” I didn’t get it in the way I “got” Portrait, and certainly not in the way that I got Dubliners. I just didn’t understand, not even at a superficial level. I didn’t even understand [SPOILER ALERT] that Molly was having an affair with Blazes Boylan, that Leopold was aware of that fact, and that the affair was a recurring theme somehow throughout the novel. The only reason I know about it now is that I read some commentary about the book that mentioned it.

If I ever do reread Ulysses, it will be as if for the first time. I’ll probably do it with a guide on “how to read Ulysses,” with a chapter-by-chapter breakdown. If I ever decide to enroll in a class for fun, one such class would be on reading the novel. I need some expert guidance.

I’ve been to libraries and bookstores and opened up copies of Finnegan’s Wake and marveled at the first page. Then I put the book back on the shelves.

My main “memory” of the book actually comes from Sylvia Plath’s The Bell Jar. In one scene, the protagonist (who in a sense is Plath, because it’s an autobiography, but who in another sense probably isn’t Plath) decides that her senior thesis will be on Joyce’s Finnegan’s Wake. She reads the first line, and it seems overwhelming, depressingly so–at least to me as a reader. I read Bell Jar when I was a teenager and don’t have the clearest memory of its odds and ends. Frankly, I read it because in the English class I was taking at the time, we had to analyze Plath’s poem “Sow,” and I wanted to know more about her writing and outlook.3

It’s not lost on me that the books I have the most success with, Dubliners and Portrait, are also those that are easiest to understand. There’s apparently an inverse correlation between a book’s difficulty and my ability to grasp it. It’s also not lost on me that I needed an instructor’s guidance to enjoy even the “easiest” of the books.
I’ll finally add this. I’m not personally into Ireland or Irish history or culture. I have nothing against Ireland or against the Irish. It’s just that those topics are not and haven’t ever really been on my radar. Nevertheless, Joyce’s writing seems to me (and others) inseparable from the “Irish questions” of the day, including independence and British imperialism. Having a working knowledge of those questions is necessary to appreciate his writing.