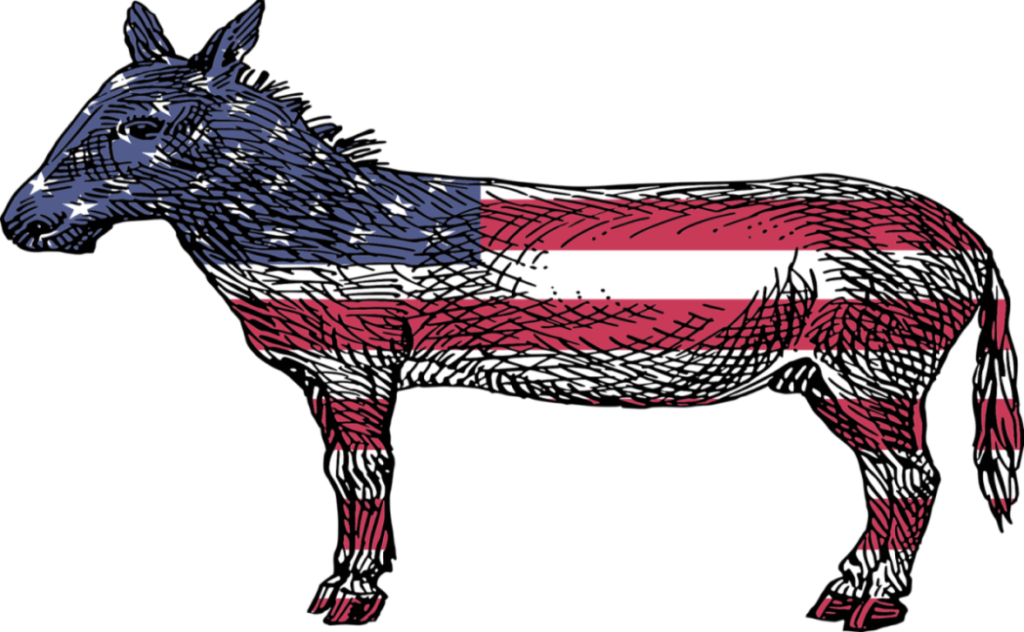 Image by OpenClipart-Vectors from Pixabay

As has become painfully obvious, in these last three elections (2020, 2018, an 2016) a long-term shift in voting patterns has become solidified. Democrats easily win urban areas, and increasingly win affluent suburban areas, but get decimated in more rural and less populated areas. Democrats used to do decently well (if not always winning outright) in small towns and rural areas, because their policies helped those areas, and it was easy to see the benefits.

More recently though, residents of these areas have gravitated to the Republican party, and with Donald Trump that accelerated to a near-total realignment. Democrats just do not win anymore without a high-enough level of population density. There are a lot of theories floating out there as to why. Some people claim racism and fear of the “other.” Yes, there are racists out there, and heck, there are definitely unwitting racial biases out there, but that is not the reason. And yes, people who do not have experience with something do not often have enough information to make good judgments on them. But that’s not the reason, either. None of us are experts on everything, so we all fall prey to that. Let’s get those out of the way. I prefer to use the mantra that Joe Biden himself espouses for working with people: Don’t question motives. All that does is raise a huge wall between people bigger than the one President Trump wanted to build.

So, what is the big problem then? Why don’t Democrats win anymore, and how can they start winning again? It’s really simple. Democrats don’t listen as well as they think they do. Why did many rural and small town Americans flock to President Trump? Because he spoke to them, to their everyday needs and thoughts. Democrats hear a problem, and come up with major plans, initiatives, and programs that address that problem. Great, that’s step 3.

And therein lies the problem.

Democrats are great at hearing a problem and saying “here is the answer” without actually taking the time to explain WHY it is the answer. HOW does it connect to everyday Americans’ lives and experiences? We actually saw this in the town hall Vice President Biden held prior to the election, when that young, Black progressive Bernie Sanders supporter Cedric Humphrey asked him a question about what he would say to young Black voters “who see voting for you as further participation in a system that continually fails to not protect them?” Biden’s response, while full of programs intended to help the Black community, never really answered Cedric’s question. You could see it on Cedric’s face the moment Biden started ticking off the programs. Biden didn’t listen.

Did Joe Biden intend not to listen, or to deflect on that answer? No. I sincerely believe he thought he was giving a straightforward answer to the young man. But he wasn’t. What that young man, and what rural and small town voters, want to hear are people who listen to and understand their everyday experiences. Yes, they want a government that works. And those programs and programs like them may be exactly what is needed to help address the various issues facing Americans. But for people to believe what you are doing is helping them, you need to listen to them and actually directly address the things that are right in front of their faces. That is step 1. Step 2 is speaking back to the individual, not in policies and programs, but as a person speaking to another person, showing compassion and understanding for the individual situation. Showing that you actually GET what the struggle is that they face, what kind of life the want to live, what kind of world they want their children to grow up in. Then, and only then, can you draw the line between those experiences and why the programs and policies you want to put into place can help them.

One of the few areas this was done well by Democrats is the DACA program for Dreamers. The Democrats not only identified a solution to a problem, but also actually connected it to the lives of the people it directly impacted. Many young immigrants, though they illegally entered the country, due to their young age were American in everything but citizenship only. They didn’t have a say in whether or not they came to America. But they were here. And the Democrats vocalized that beautifully. “Through no fault of your own…” “You don’t know anything BUT being an American…” “You were raised here, and your home country is virtually a foreign country for you…” Democrats verbalized the experience many Dreamers were having, and it connected. So when Democrats said “here are the policies that we will put in place” it didn’t need a flashy name (DACA, what?), but people knew what it would do. Keep them in the country they loved and knew as their own.

So, what can Democrats do to make this a reality? It’s stupid easy. Listen. And when you respond to people, respond to the individual. Re-iterate back to people what they are going through and how you understand that. Connect to the emotions. Don’t immediately jump to the amorphous “I’ve got 5 different policies that yadda yadda yadda…” That’s exactly why a lot of people see Democrats as elitist. They don’t connect with people anymore.

And now, for the “concrete plan” portion. How can we make this a reality? It has to be visible nationally. I would bet that most local politicians do this well, but national politicians have set the tone that the local politicians can’t overcome. So, President Biden should make it a directive that he, Vice President Kamala Harris, and all cabinet members (save, maybe, Secretaries of State, Defense, and intelligence officials) have one highly-publicized town hall a month in rural/small town areas where the sole purpose is just to listen. Places where Donald Trump and Republicans slaughter Democrats. That would result in roughly 20 town halls a month all over the country. Over the 48 months between this next and the following Inauguration Day, each official could visit almost every state in the United States and show how their department and position both cares about people and understands them. Roughly 1,000 opportunities to prove that Democrats care about everyday people. Heck, even invite the highest-ranking Democrat or two in the area to give them visibility, and make sure to invite the sitting Congressman or Congresswoman from that district, regardless of party affiliation.

Yes, questions will be asked, and answers to those questions will be expected. But the sole purpose is to communicate understanding of Americans’ lives, experiences, and struggles. Connect to people AS people. Show that Democrats really care. Yes, I’m sure a few policies and programs will be discussed. But those should only be after you have listened, and after you have let them know that you actually hear them. Show the small towns of American that you really care. Just don’t call it a “listening tour.”

Adam Taylor is a native Texan, centrist life-long Democrat, and among other things, creator of the simulation fantasy baseball site No-Lyfe Fantasy Sports. He also likes to think he has valid opinions on a wide range of topics. He doesn't tweet much, but is on Twitter.