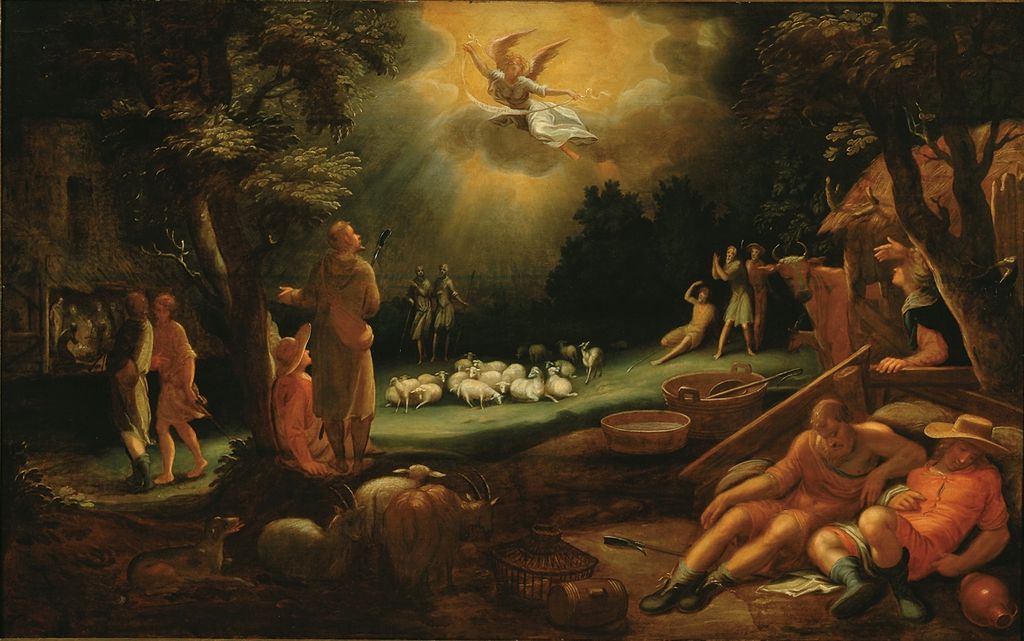 Author’s note: This is a revision of a December 12, 2014 post at Sweet Talk Conversation.

On Preparing for a Coming King

A once-notorious author who injudiciously shared a particularly naughty thought with the world and is now forever banished, has cast his lot, wagering alongside Pascal, oscillating irregularly between a deistic agnostic and a fully materialistic atheist.

He chafes against the charge of “materialistic,” as I recall (and I can’t be bothered to look it up, but I know I’m not being unfair), offering as an argument that there is no alternative. On at least one occasion he used a fraction as a bludgeon against his well-meaning critics with this observation (I paraphrase):

Those who appeal to Natural Law -– some sort of appeal to the complexities of the cosmos -– in an effort to re-convert him to Christianity commit a logical sleight of hand (and here the information is relevant that the aforementioned author is a popularizer of advanced mathematics), that is, when they say, “How can you deny there is a Creator-God when the world is so magnificent? O Mathematician, you especially should know that there’s almost no mathematical probability that all this could just happen,” –when they make this argument, they are stumbling mathematically.

Au contraire, he would say. It did just happen. Those who argue that it cannot be have deftly removed the numerator from the probability.

In other words, there is a numeral still atop the denominator, no matter how vast the denominator should happen to be, and no matter that the numerator be a single, solitary, one. A chance of one in two is a chance of one in two. A chance of one in seventeen billion is still a chance, no matter how infinitesimal. Materialists rejoice confidently as though they have explained the wealth of a man by observing that he walked into a casino once, and only once, placed a single chip upon a random number at the roulette wheel, and won. By chance, not miraculously. By chance. The result is that now we walk in the midst of a marvelously awe-inspiring world, inventing innumerable religions to explain the feelings which the gigantic denominator has evoked within us.

Indeed, it is necessary to  maintain the numerator in order to remain a person of faith, i.e., a person of The Faith, which includes a Creator-God. If faithful people remove the numerator, they become fundamentalist materialists themselves, denying the confession of The Faith which includes a Creator-God. The Faith demands belief to be completely suspended, surrounded in its entirety by doubt. From that position of utter weakness, The Faith does its work.

That is to say, if there is not a one atop the denominator, there is no longer a declaration of The Faith; instead, adherents are reduced to arguing probabilities. From there, it’s a short slope to slide down into the denial of the Redeemer-God, when we bow our heads on Christmas morning, reciting that impossible thing, the number zero above the denominator, namely that, somewhere in between “Very God of very God,” transcendent beyond apprehension, and “He was crucified for us under Pontius Pilate,” there is the phrase which earns a hearty chuckle from our coevals who surround us entirely in the maelstrom of the agora, “He came down from heaven, was incarnate by the Holy Spirit of the Virgin Mary, and was made man.”

There’s where the zero belongs: zero chance, not even a roulette table upon which to place your bet while the wheel spins until the advent of entropy. Let Pascal rot, or burn, whichever.