The Strange Saga of Mark Aguirre 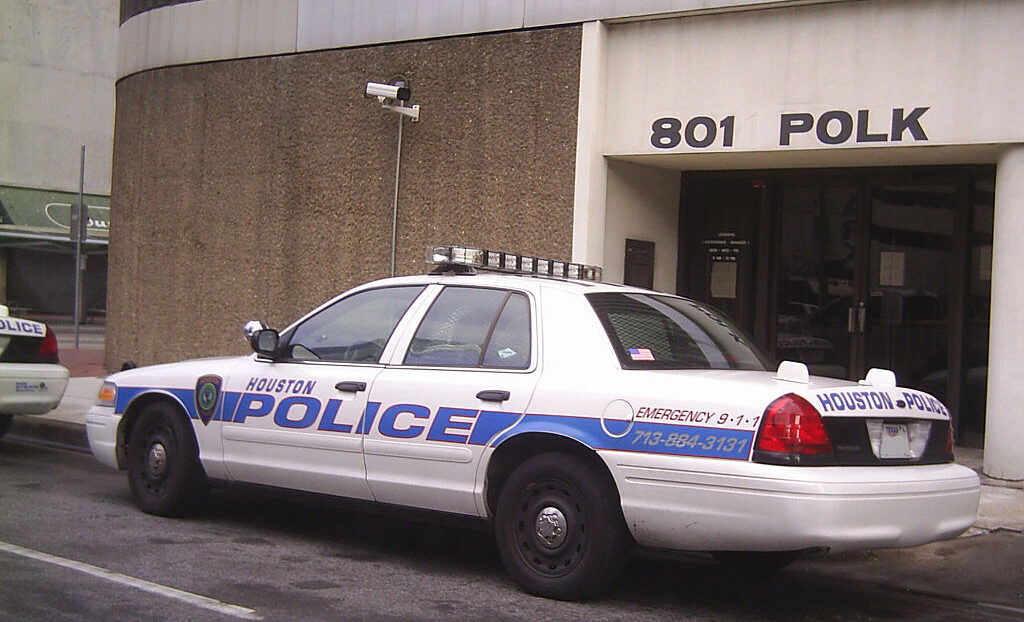 Some news out of Houston, involving an ex-cop named Mark Aguirre:

The retired policeman allegedly used his SUV to ram the back of the repairman’s truck on Oct. 19 to lure the Lopez-Zuniga from the car around 5:30 a.m. Aguirre claimed to police the collision had been an accident. Once Lopez-Zuniga exited his vehicle, Aguirre held him at gunpoint and knelt on his back while an unnamed accomplice took the truck to a nearby parking lot, where police found it, authorities said.

Aguirre told investigators he was a member of a civilian organization calling itself Liberty Center for God and Country that was engaged in a vigilante probe of the election. The group paid Aguirre $266,400, the district attorney said.

The article opens with police “wondering what happened” to Aguirre, and that he was a “retired” policeman, but there is a lot more to this story as he did not retire voluntarily and was in fact at the center of a huge police scandal almost twenty years ago:

The plan was to stop the street racing and arrest drag racers. But when the police arrived en masse about 1:15 a.m. at the Kmart and Sonic in the 8400 block of Westheimer to execute Operation ERACER (Eliminate and Remove Autos Causing Environmental Ravagement), there was no drag racing going on. So, they improvised. The area was cordoned off, the exits sealed. Bystanders — some 273 of them — were arrested, nearly all for the class C misdemeanor offense of criminal trespass.

There was no warning. Onlookers were not given the option to immediately leave the scene, as departmental policy states. Rather than issuing citations — the usual way trespassing charges are handled by HPD — officers loaded up the folks into vans and cars and took the 231 adults and 42 juveniles into custody, finishing up about 4:30 in the morning. The night before, on Saturday, 25 people had been similarly arrested at James Coney Island at 5745 Westheimer. Most spent at least one night in jail. Some pleaded guilty just to get out, they said.

With a blowout this big, there was no way to keep this out of the media. But instead of the usual congratulatory news reports when law enforcement cracks down on crime, coverage was critical. This was the way to keep the streets safe? It seemed Houston had become a police state where the phrase “zero tolerance” had garbled itself into zero common sense.

One teen told the Houston Chronicle she’d gone into Kmart to get a hair accessory and still ended up jailed. The pathos of the scrunchie defense summed up the meaninglessness of the entire enterprise.

The raid, and the fallout of the raid, rocked the entire city for months. Aguirre himself was tried and ultimately acquitted of criminal misconduct. He resigned before he could be fired. Aguirre pointed the finger at the police chief, Clarence Bradford. It resulted in ongoing acrimony between Bradford, the HPD, and the eight different police officer unions. Bradford himself ended up in legal trouble, suspended from the job and charged with perjury. A judge threw it out and Bradford was promptly reinstated by Mayor Lee Brown (a former HPD chief). Bradford was largely considered to have a bright political future, but it took him a while to get out from under that. He did eventually serve on city council, but nothing above that. The City of Houston settled a series of lawsuits.

Aguirre became a private investigator, ironically consulting police departments on internal affairs issues, among other things. He has apparently since become involved in right-wing politics.