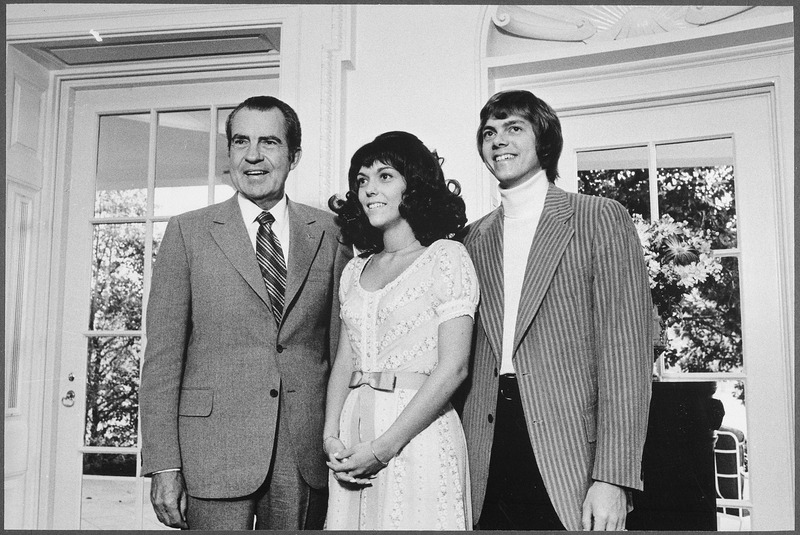 For those inclined towards such conversations, pinning down one’s favorite Christmas music is a challenge. Everything is categorized and contextualized — choral and orchestral works are wonderful, but they don’t translate very well from the living room to the car. Jazz and blues are great for those who like them, but their appeal is limited. The crooners of mid-century are great, but even the best of them are prone to nostalgia, something that reminds the listener of blue candles in the window of Grandma’s house, but nothing that stands up on its own. As it turns out, the greatest recorded Christmas music belongs to two albums that combined all of those features. Though over forty years old, The Carpenters’ Christmas works, An Old-Fashioned Christmas and Christmas Portrait, both hold up as a remarkable blend of genres that celebrate the season.

The appeal of the Carpenters’ pop output remains limited – the songs are wholesome and catchy but often lost in the shuffle of 1970s AM pop that stands distinct from the better-known classic rock of the same period. Fortunately, a 1994 tribute album, If I Were A Carpenter (Sonic Youth covering Superstar!), reminded a new Alternative Nation of the bands pop oeuvre, and Richard Carpenter’s penchant for autotuned vocals anticipated the work of Kanye West, Bon Iver, and Lil Wayne. Yet in the popular conscience, The Carpenters are best known for two magnificent Christmas albums that retain both their sweetness and energy four decades after their release. The original vinyl editions of these albums continue to sell at a nice rate on eBay, and it’s odd that they have not yet been reissued amid America’s renewed vinyl fever.

My family has always loved Christmas, but we kept Christmas music to its proper limits between Thanksgiving and New Year’s. In our house, Thanksgiving included the travel days before the holiday, so as we loaded up on Tuesday or Wednesday to drive down to Birmingham, a cassette and later, a cd, of Christmas Portrait or An Old-Fashioned Christmas was always in the stereo. And so, the albums become the soundtrack of childhood. It was the music I heard driving down I-65, dozing off as the early moon reflected off the Tennessee River and as we woke to the orange lights of Birmingham’s declining steel mills. It was the music that filled our home as we busied ourselves throughout December, anxiously awaiting the culmination of a long, joyful month of festivities.

Both albums open with a carol (“O Come O Come, Emanuel” and “It Came Upon a Midnight Clear”) that features Richard Carpenter’s auto tuned vocals followed by a lush arrangement of a holiday classic (“The Christmas Waltz” and the original track “An Old-Fashioned Christmas”) that featured Karen’s rich and unmistakable voice. That the albums begin – and end – with a Christmas carol is no coincidence. These are religious works in many respects, recognizing Christmas as fundamentally a Christian celebration within which we can celebrate all the emotions of the season.

From there both albums go on to cover a significant amount of musical territory. The album was notable among pop recordings in that it did not simply feature the voices of Karen and Richard Carpenter, but it featured the arrangement of both choral and orchestral work that recall the Christmas recordings of Montavini, The Boston Pops, and Eugene Ormandy’s Philadelphia Orchestra. Christmas Portrait featured a sweeping overture of classic Christmas songs and a frantic rendition of “Carol of the Bells” that held the same space between jazz and romantic classical music of the late 19th century. An Old-Fashioned Christmas leaned even heavier in this direction, with a nearly ten minute overture that covered everything from “Happy Holidays” to “I Saw Mommy Kissing Santa Claus” and closes with a rousing choral rendition of “Angels We Have Heard on High.” The albums further utilize works from The Nutcracker, opening up the listener to a wide range of musical genres; choral and classical, jazz, ballet, and American pop standards.

In many respects, the albums are the last stand of America’s post-World War II middlebrow culture, where it was respectable and even expected that Americans would know and appreciate such things. The amount of cultural literacy embedded in these works is remarkable. Listeners knew many of the Christmas carols on these records, but it’s likely they were introduced to a few new ones along the way. It was expected that listeners would lean into the variety of musical stylings already mentioned, and the Carpenters did not shy away. It is difficult to imagine any modern popular artists willing to balance so much at once. Indeed, our own bifurcated culture would likely not allow it, as modern audiences too often fall into segmented categories that do not allow for the blending of so many genres, let alone ones that lends themselves towards high-brow expressions.

One of the hallmarks of twentieth century American Christmas music — the songs that have become central to the Great American Songbook — is the theme of distance, as Americans experienced the jarring social disorder of the Great Depression and World War II. The four most nostalgic songs of the era – “White Christmas,” “Have Yourself a Merry Little Christmas,” “I’ll Be Home for Christmas,” and “The Christmas Song” – were all written and recorded during World War II, and the former two songs were introduced as part of movie musicals that revolved around themes of nostalgia and loss. The Carpenters recorded all these songs with great care, including a seldom-recorded lyrical prologue to each track. The poignancy and sincerity of these recordings was surely not lost on a post-Vietnam generation that was still deeply in touch with those who had lived through the Great Depression World War II.

The Carpenters’ unique contribution to America’s Christmas catalog is the single “Merry Christmas, Darling,” released as a single in 1970 and again throughout the decade before its release on Christmas Portrait in 1978. The song continues to receive heavy airplay on pop stations that devote most of November and December to Christmas music, giving it continued resonance in the modern era. Like the previously mentioned songs of the post-World War II era, the song speaks to distance, either real or imagined. Perhaps the song resonated with the young professionals separated by careers amidst the rise of global capitalism in the late 1970s. It certainly resonated with those who were separated from loved ones by estrangement or even death, but the song’s tenderness appealed even to smitten teenagers separated from young love at Christmas, a distance of two or three miles that, at fifteen, felt like a thousand.

Yet it may be that “Merry Christmas, Darling” — like so much of the nostalgia at work in the Carpenters’ Christmas recordings — speaks to the inherent distance in all of our Christmas observances, wherein a weary world longs for the return of our true Darling, who was born long ago and will return, we pray, to set all things right. In the meantime, we have these albums, almost naive in their innocence but bravely sincere in their reverence for Christmas and that celebrate the season with a plethora of musical expressions that point us towards deeper and truer art.