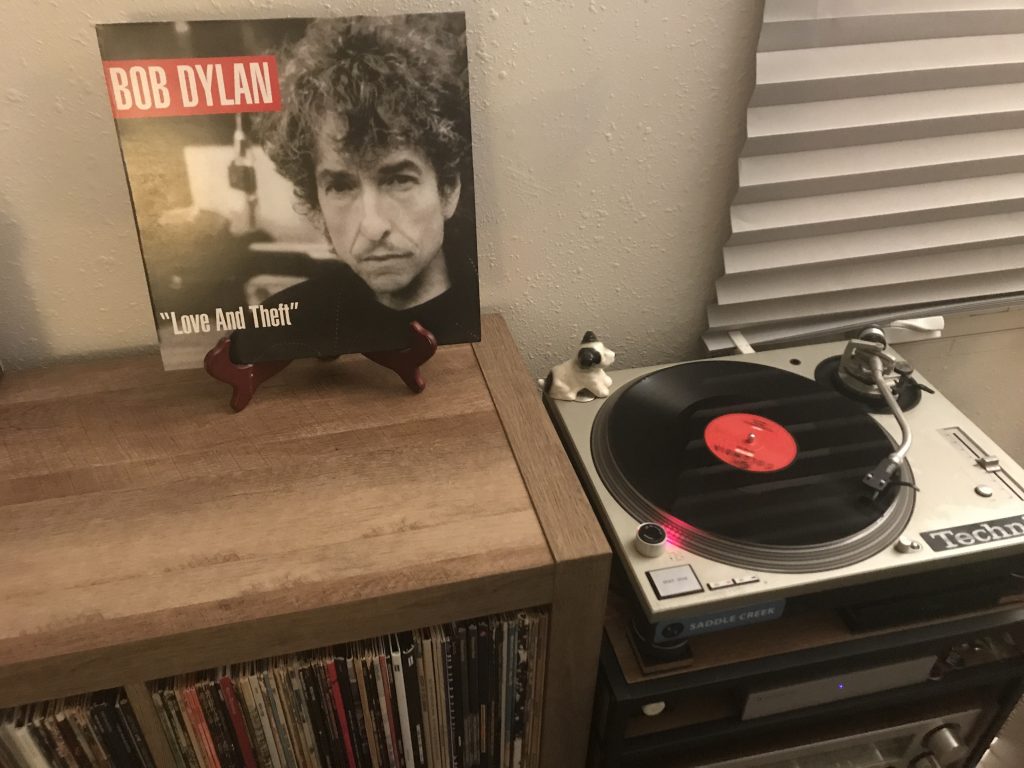 As you might have heard, Bob Dylan cashed in his song catalog for $300 million plus. As an amateur Dylanologist, I cannot explain to you why this is simultaneously expected and unexpected, but I will do my best in a brief amount of time. I can guarantee no one reading this cares about my personal opinion on the subject, even if I am this website’s foremost Dylan scholar. A lot of this can all be explained with one simple phrase: 1960s Dylan is not the same Dylan of today. If that is not obvious to most fans, then I don’t know how to tell them that there is 1) no such thing as “selling out,” as Al Grossman did a pretty good job of selling Dylan down the river early on; and 2) they’re his songs, and much like the 1965 Newport Folk Festival, Dylan is gonna do whatever he wants with them.

Dylan has been at this a long time and since the month I was born in 19881 has been on the so-called “Never Ending Tour.” The Never Ending Tour has only been interrupted twice in the past 32 years, in 1997 when Dylan had a dangerous heart infection and of course 2020 due to Covid. My dude won a Nobel prize and didn’t show in person to accept it due to touring commitments. Over 3000 concerts have been played since 1988.2 One of the reasons many people are shocked by any of this is that he has always been very choosey where his songs end up in advertising, as he had 100% control. Now, Universal can let a windshield wiper manufacturer use “Buckets of Rain” if they wanted to.

So, again, rather than bore you any further with my takes or if I think it was a good idea that a 79-year-old musician cashed in on his 60-year songwriting career, I’d like to take this time to dissect where Dylan has either appeared in advertising or allowed his music to be used in advertising--something we’re all going to have to get used to. This isn’t by any means an exhaustive list, because early on he was endorsing fender guitars in print ads and since 1994 has allowed various version of “The Times They Are A-Changin'” to be used in commercials. None of those are terribly interesting either. Except maybe this one from 2012.

In a press conference in 1965 some journalist asked Bob what he would sell if he ever allowed himself and/or his music to be used to “sell out” to commercial interests. The always mercurial Dylan replied, “Ladie’s Garments.” Well:

From 2016 comes an even weirder commercial that features Dylan’s famous, stodgy, and bad acting. IBM developed a question answering machine to have practical uses, it now helps with lung patients at Sloan Kettering, but like Deep Blue before it, Watson was first used to embarrass humanity, beating Ken Jennings and Brad Rutter at Jeopardy. In this weird commercial, it analyzes all of Dylan’s music and distills it down to two themes, “time passes” and “love fades.” I wonder if Watson also told him the value of all of his music off camera?

In the event you need to find things the past 20 years or so, Google has made it easy. You go and type in a word or a phrase and voila, instant gratification of results. Of course, we don’t even bat an eye at this nowadays, but the autocomplete feature, or predictive text, or as they dubbed it “Google Instant” made it even easier. Here, one of Dylan’s most famous songs is autocompleted line by line.

iPod and iTunes revolutionized a lot. You could carry several thousand songs in your pocket, and you could download a song for the low low price of 99 cents. For some reason, we have gone backwards and now people want to stream music which requires an internet connection and want to be bombarded with ads for stuff they searched for on the internet. Radio was already invented, folks, don’t know why everyone is so thrilled to return to that medium. Now, the quality of all the above listening methods is absolute trash, but I for one would rather listen to my compressed music files with no ads or internet connection. Everyone remembers the dancing silhouette iPod commercials, well Dylan participated in one whilst marketing his 2006 album, Modern Times.

Not much to be said about this one, other than it portended the recent sale. I don’t even think I have seen this commercial in the wild either.

I am a Coca-Cola man, Pepsi is absolutely gross and Pepsi is really bad at advertising. Remember when one of the Jenner children was in the middle of riot handing a Pepsi to riot police? Come the fuck on, man. That cop would have caved her skull in if it were real life. Anyway, this one is supposed to be cool and edgy and I can’t say that I agree that it is cool or edgy.

Pepsi Ad (Bob Dylan & Will I Am) - New Superbowl Ad

When I first saw this commercial, I couldn’t stop laughing. Watching it again 6 years later has not changed that. I can remember being shocked to hear Dylan’s music in this one, but hey, we all have to pay the mortgage somehow. In my alternate universe, the Bear appears in the Jenner-Pepsi commercial and body slams the cop in order to steal and drink the Pepsi, even Don Draper couldn’t come up with better advertising than that.

6 years later and I still cannot understand why Bob would agree to do this and why the script for this commercial even made it onto the page. Also, what is up with the makeup Bob is wearing here? Looks like it was caked on by my toddler. The Chrysler 200 was discontinued in 2017, and I can’t even figure out why Chrysler still makes any cars to be honest. The only redeeming factor of this shitshow was the song.

So, I am a bit biased, being a Cadillac owner and all, but this commercial is great. Whoever is in charge of marketing over at Cadillac now should be fired for letting Dylan go on to sell Chryslers in cringey Superbowl ads instead of Cadillacs in cool as hell commercials.