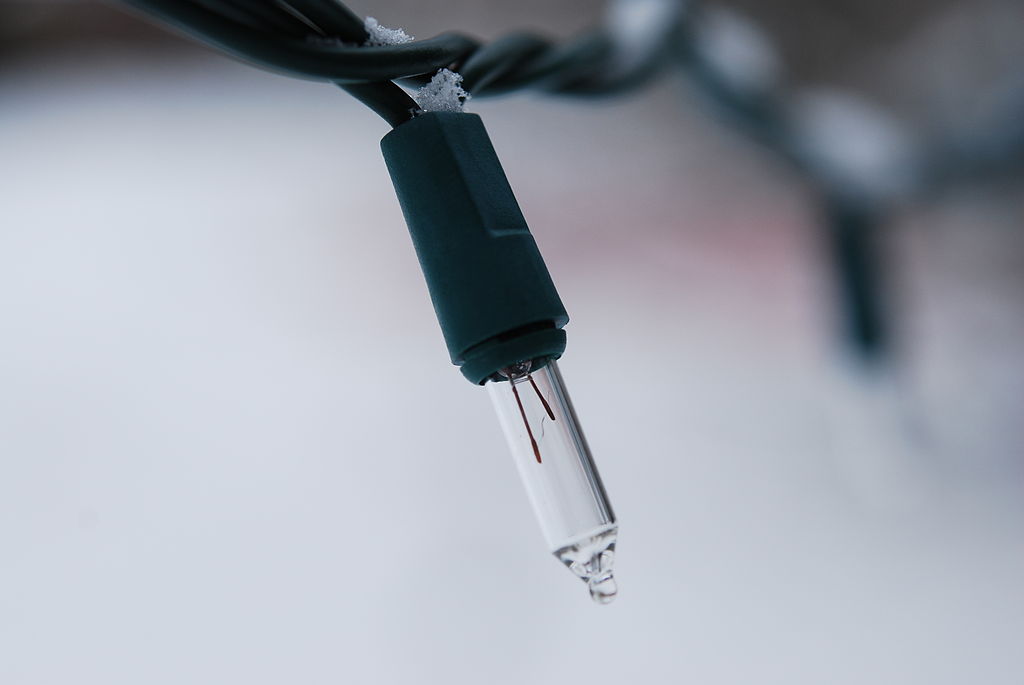 The overwhelming connectivity of the internet has altered American life in numerous ways, even to the point of creating new holiday traditions. Instead of stumbling upon the Festivus episode of Seinfeld, for example, you can watch it over and over again on Hulu. Every Christmas special imaginable is either streaming or waiting for the DVR. But my new favorite tradition is the slew of annual hot takes explaining everything that is wrong with beloved Christmas movies, from Home Alone to It’s a Wonderful Life.

It’s not just movies, though. A number of car companies, Lexus chief among them, maintain an annual tradition of commercials wherein one spouse surprises the other with a new car, usually wrapped in a big red bow. The recipient is all a-joy in their flannel pajamas and suede slippers, surrounded on all sides by a smiling spouse and children and a golden retriever eager to shed all throughout the new car’s interior. What cold heart wouldn’t be warmed by such a sight? Apparently half of Twitter, which routinely pulls the akshually card and wonders what kind of rich degenerate would purchase a car without the say-so of one’s spouse.

It’s not an easy feat, but it’s not hard to imagine a family in good financial standing, one that had already been planning a new car purchase, pulling the trigger on a new vehicle as a surprise on Christmas morning. Yes, one’s income would need to be quite secure to finalize the paperwork on just one income source, but it’s doable. What’s wrong with a little aspiration? Is there something so wrong with a commercial that inspires a little daydreaming? Instead, social media lights up with the “look at these rich jerks” commentary.

Because everyone must be as miserable as you are.

The real ire is saved for movies, of course, because part of becoming a modern adult is learning to hate everything that might have made you happy as a kid.

We can start with two of the great John Hughes-produced films of the late 80s and early 90s, National Lampoon’s Christmas Vacation and Home Alone. Like much of Hughes’ oeuvre, the films are set in the Chicago area and involve upwardly mobile families in large, suburban homes.

The brief against Christmas Vacation is pretty straight forward. Are we really supposed to feel bad for the poor corporate schmuck who can’t afford a pool for his family? Look at that big house! He’s doing great! I’ll admit that the specific circumstances aren’t entirely relatable, having grown up in a parsonage with no pool, and swimming often limited to Little League parties and beach trips. But this complaint misses the deeper problem for the Griswold family. Clark’s boss — hilariously portrayed by Brian Doyle-Murray — is a greedy miser whose elimination of Christmas bonuses has upended the customs and norms that govern his company. Underneath that, there’s the intimation that Clark Griswold, the last true family man, is not always wise with his money, which makes the missing Christmas bonus a major hurdle for his family’s financial future. The average viewer may not relate to a pool in the backyard, but surely we can imagine a plan to do something wonderful for our families, only to have the surprise upended in an avalanche of screwups and misadventures.

Christmas Vacation isn’t the only Chicagoland Christmas movie that comes in for annual critiques. Home Alone was wildly popular upon its release in the autumn of 1990, and, along with its New York City-centric sequel, remains one of the most beloved Christmas movies of the modern era. It is a deeply sentimental film in spite of its slapstick quality; the same slapstick that made audiences howl thirty years ago is now regarded as far too violent for some modern audiences. Children are impressionable, you see, and so we should not celebrate a movie wherein a young child treats two bumbling burglars like Bugs Bunny treats Daffy Duck. Well, of course, we reply – we will not have our children lighting the burglar’s hair on fire. Of course, we’ll also not leave them behind on a transatlantic flight, either.

The other complaint towards Home Alone is similar to the one levied against Christmas Vacation – these people, the sprawling McAllister family, are too rich to be relatable to the film’s audience. Most of us are struggling to make it to Nana’s house on time, so who really cares about a wealthy family flying first class to France? Again, that’s fine as far as it goes, but must we be punished with realism in perpetuity? It may not be the point of Christmas, but certainly one of the animating features of the holidays has always been an aspiration towards something beyond the drudgery of our day to day existence. The resentment towards both Home Alone’s McAllisters and Christmas Vacation’s Griswolds distorts the deeper lesson — that all of us fail in spite of both our best intentions and our material blessings. Christmas is a holiday that levels us all, revealing the deep needs of our souls, if not our stomachs and wallets.

If one segment of the culture is prone towards resentful, populist takedowns of the upwardly mobile protagonists of 80s nostalgia, the right is prone to elevate principle and dogma over any deeper sentiment at work within a film. The most prominent such case is the annual argument in defense of It’s a Wonderful Life’s Mr. Potter. Jimmy Stewart’s George Bailey, it is argued, is an irresponsible lender, prone to excesses of generosity that are bad not only for his own business but the community at large. Mr. Potter’s heavy hand, while seemingly cruel in application, will bring order and stability to Bedford Falls, creating the preconditions for long term flourishing.

And this makes a certain degree of sense. I’m a markets guy and every good capitalist knows that the system is predicated upon the fulfilment of contracts. We can’t go around forgiving debts willy-nilly unless we want all sorts of unplanned perverse incentives to develop. But this argument misses the point of It’s a Wonderful Life. It’s a Christmas movie and Christmas, as Catherine O’Hara reminds us in Home Alone, is the season of perpetual hope, a hope built upon the birth of One who would in fact forgive all debts willy-nilly. And so perhaps it is good to enjoy a movie wherein the Debt Collector is the ultimate bad guy.

Of course some of these critiques are all in fun — reactionary takes on beloved films are nothing new, and they can offer a valuable reappraisal of accepted criticism. But there is an unmistakable glee beneath a lot of these hot takes; the goal is not to just upend the conventional thought on a particular film but to express a certain perverse joy in dismantling a beloved holiday institution. This sort of cynicism is ultimately a failure of imagination; critics who look at the earnest longings of a father to provide enjoyment for his family and chalk it up to “rich people problems” demonstrate not only the supposed poverty of their material world, but their spiritual one, as well.