The Crazy, Convoluted, and Memorable Stages of The I Love Me Wall 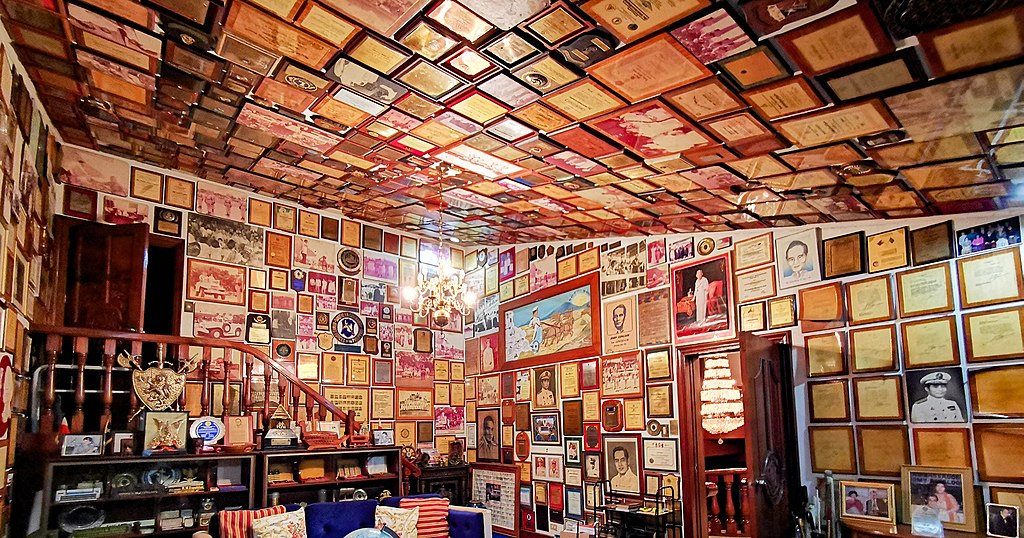 During January of the Before Times, my wife and I were excited to ink a deal to finish the remodeling of our home — a project we began four years ago. We had finally saved up the required funds to bring back our builder to complete the upstairs half of our house. The team managed to demolish pretty much everything on the second floor just as COVID-19 hit the news. Well, what now? we wondered.

Fortunately for us, our builders found themselves essential workers and the project continued into May. We had prepared for the job by removing everything from closets and donating several pieces of furniture to a local charity. We had to clear out of our bedroom and relocate clothes and bedding to a downstairs guest room. The builder had placed a large roll-off garbage container in our driveway. This service not only benefited the demolition team but us homeowners as we continued to discover worn out clothes and unneeded items squirrelled away in cubby holes and nooks throughout the house. Into the bin they went.

We also used this time to sort out the attic and get rid of the dusty and forgotten contents up there. I was saddened to see my collection of US Navy hats get tossed. I had collected one from every ship I had been aboard during my career. (Yes, I was in the Air Aorce, but I had the privilege of visiting many naval vessels and once spent two weeks aboard the USS Blue Ridge as a contractor while she was at sea.) I then saw two large boxes under the eaves that needed sorting. They were the contents of my former I Love Me Wall.

The I Love Me Wall was a standing joke in the military. For those of us REMFs (no, I am not telling you what it means), we often had an office wall dedicated to awards, photos, plaques, diplomas, and various recognition we had received. In addition to showing off one’s achievements, it also served as a visual shorthand to inform visitors of your history. I had two such boxes of said memorabilia collecting dust.

I remember putting them up there a decade and a half ago. At that time, I had decided they made no sense in my current technology job environment. Work life then meant a modest “open concept” cubicle for the office time when I was not traveling for business. I was working for Symantec and the company had a penchant for leasing new or different buildings in the DC area and frequent moves were a part of work life. Additionally, these open concept spaces meant managers felt it necessary to shuffle seating assignments with every reorganization or promotion. Dragging your boxes of personal items from desk to new desk made those personal items an unnecessary burden.

I had decided my personal items would consist of only my company computer and office supplies. No picture of my wife, kids, or the family dog. No diplomas. No awards. No Star Wars action figures. No nothing. In fact, even the few worthless items I would display got me into trouble. I used to volunteer my time at a medical outreach center to help indigent men get needed medical screenings. One of the takeaways I received from those duties was a cheap desk clock from the drug company that makes Viagra. The clock was in the shape of one of their pills. I put it on my desk in a tongue-in-cheek role only to have it spirited away by our new human resources manager. She left me a note telling me I was being insensitive to someone or other. She didn’t cover it with an opaque modesty cloth or ask me to remove it. She took it and destroyed it. Take that, plastic Viagra clock, you insensitive meany.

My wife saw me looking a little too long into the boxes and pointed to the bin. I asked for some time to paw through the contents and dragged them into my office for a look-see. As I dug through the contents of the boxes, I was transported back to what now seemed like another life. I found my university degrees, suitable for framing. There was a great picture of me in a Florida golf foursome when I was at my fighting weight. Towards the bottom, I found a plaque for NCO of the Quarter, September 1981. In between were a bevy of memories from places that now seem so distant: former duty assignments, old colleagues, and dark campus hallways.

I never felt like hanging them up at home in my office here. What was the point? I don’t get office visits here and the reminders are usually bittersweet as I recall those who have passed or times I had less weight and fewer grey hairs. I suppose I could use them now that people are doing all sorts of video from their homes. I have seen many retired military personnel talking in front of polished wood paneling and shelves festooned with flags, pictures, trophies, and plaques. The most popular backdrop in the After Times, however, appears to be a bookcase full of tomes that may or may not have been read by the presenter: Gibbons’ three volumes of The History of the Decline and Fall of the Roman Empire, Plato’s Republic, and every Nancy Drew installment in order. Yes, I actually look to see what’s on the shelves behind those journalists, sports broadcasters, and politicians. I am usually impressed.

I sorted my boxes and tossed the majority of the contents into the bin. A few selected pieces were withheld from the dumpster and hung up — in the garage. Now when I take out the recycling, I am able to remember my superior officers and compatriots from my Pentagon tour at the Joint Staff. When it’s time to get out the leaf blower, I am reminded just how awesome I looked at that charity golf event, even though I turned in an embarrassing 113 score card. When I get food for the koi, I am greeted by my younger self in a flight suit with my garrison cap with butter bar tucked rakishly into my leg pocket like the other young, smug pilot trainees. I smile every time.

When I am gone from here, my kids will shrug as they put these last remnants of their dad’s jobs in the bin for the final time. My I Love Me Wall progressed from my office as a squadron commander, to my work cubicle, to the attic, and now, makes a final stop in the family garage. I guess I found the best use for my I Love Me Wall: to remind me of the crazy, convoluted, and memorable stages of a career I could not have architected let alone predict.