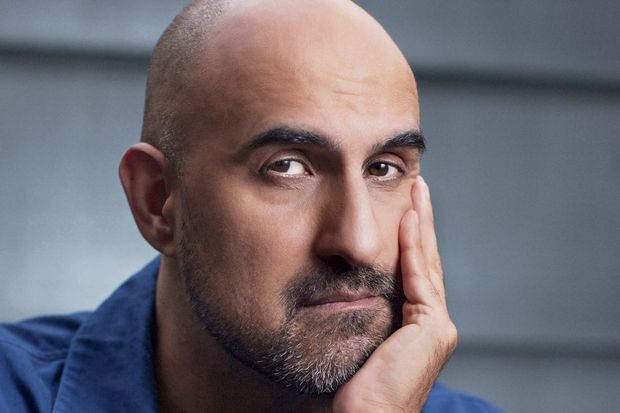 It seems to me that good storytelling works like a magic trick*. The storyteller knows where all the bits and pieces are hidden and when we can see them, and slowly reveals what they want us to see, only when they want us to see it, misleading us throughout, until finally saving the best effect for the end. When it works, there’s still something mysterious and uncanny about it all. It feels like we’re solving a mystery, even though the good ones always keep their secrets well hidden.

This week, I read two novels by a master storyteller, Hari Kunzru: “White Tears” and “Red Pill” (in the opposite order), and I found the trick worked better for me in the first novel than the second. Make no mistake, Kunzru is a gifted fabulist who I read because my local book peddler friend is a fan, and I wouldn’t say “Red Pill” isn’t worth a read. But, “White Tears” was so good I read the full 271 pages in a single sitting. It was a yarn with perhaps the same amount of misdirection and subterfuge, but its knots were tied tighter and the payoff was simply better. 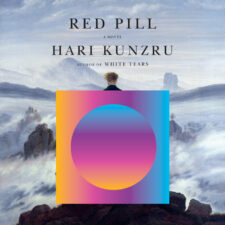 They’re both “political” novels in a sense and both deal to some extent with the thornier aspects of racist history. Both center on an introverted, lonely protagonist who lives largely in their own head, but nevertheless uncovers dark secrets in the outside world… they think. In “Red Pill“, the narrator is an academic from Brooklyn doing a residency at an isolated institute outside Berlin; he is supposed to be dealing with the construction of the self in Romantic poetry, but his own sense of self seems to be unravelling. I have a few opinions on this subject as well, which could easily derail this post. To put it simply, though, the self- that inward-focused, expressive, coherent core of individual identity- is something about which the Romantics suddenly have a great deal to say, beginning around the last decades of the nineteenth century, and it remains an obsession today. Did they invent it or did they discover it? Selfhood is a useful framework for understanding the concatenation of our many experiences, but likely also a creation of our own imagination. As this realization dawns on our narrator, his own self seems to slip a bit, his equilibrium falters.

Enter two new obsessions: surveillance and a television program called “Blue Lives.” As he binge watches this strangely violent and vaguely fascist series, picking up on its references to obscure Romantic-era reactionaries like de Maistre, it seems that he too is being watched by the staff of the institute. He meets a cleaning woman who tells him about the days of the Stasi, in which she was treated a bit like a test subject and an unwilling double-agent, and lost everything. There is a sense in which nothing has changed, except the cameramen.

Enter the devil. A chance encounter with Anton, the creator of the program, fixes our hero’s obsessions on a malevolent and potent adversary who is by turns glib, racist, and a hardcore ideologue. He spouts ideas increasingly vile and seductive, or, perhaps, he doesn’t mean any of the things he writes. Anton is a familiar enough type today: his own selfhood is largely a media creation that he wields as a weapon. Does he represent the return of the Nazism? Or “Nazism: the Television Series”?

It was hard not to think here of J.G. Ballard, whose books are filled with diabolical pied pipers leading their narrators deeper into madness. Kunzru similarly throws out big ideas in his dialogue and narration. The problem is the narrator of the story goes off the rails, but the story itself doesn’t, or at least not to the extent I would have liked. Ballard would have ha the institute burned down and staged an orgy in its ruins. Kunzru leads us to a confrontation that doesn’t really happen. I think this is Kunzru’s clever acknowledgement that the real Cagliostros in our media-saturated world really are a bit untouchable. We can never see the real Wizard of Oz behind the digital curtain. We’re always a bit outside. The narrator goes after the alt-right and seems to have lost his mind to all around him. At the very end of the story, they see he mind have been onto something. It’s a clever ending, but the story ought to have ended in flames. 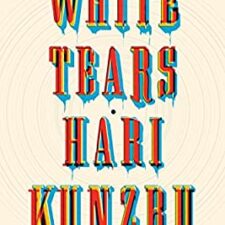 White Tears is a tighter, more frightening, compulsively mysterious novel whose tricks I still haven’t figured out. Its narrator is Seth, a shy young man of meager means, befriended in college by a very rich kid named Carter Wallace who bonds with him over their shared love of recording equipment. Carter, however, is obsessed with collecting music, exclusively made by Black musicians, which he believes is “more intense and authentic than anything made by white people.” The two of them learn anything they can about producers like Lee Perry, trying to replicate the old record sound with vintage equipment. If they can’t pin down and monopolize reality, why not manufacture it? As a result, the two are soon very sought-after hipster producers. The world seems to be at their feet, all the better to swallow them.

Seth’s personal obsession, meanwhile, is making ambient recordings of the background noise in his life. He makes audio diaries of the streets of New York that he navigates every day. Going through his month-old recordings one night, he notices a haunting blues number being sung by a man on the street that he doesn’t remember hearing at the time. His friend Carter fixates on the song and they try stitching the voice together with a busker’s guitar on another street recording; as if by magic, they match. Carter slaps on a fake name “Charlie Shaw: Graveyard Blues” and posts the WAV file on a sharing site, having processed it through their old gear to sound like a lost blues record. It’s all a lark, until a very persistent old man contacts them to know How did they get this record by Charlie Shaw that he’s been trying to recover for years?…

By this point, Carter has become an obsessive record collector of a type I know too well, worshipful of long dead musicians who never got paid and would probably hate them were they to meet. Like a “reality” addict, he goes to a dangerous part of New York (which still exist?) to trade the “crazy” old man for some equally obscure blues records, and along the way someone beats him into a coma from which he will never recover. Sometimes, reality takes from us  as good as it gets.

The Wallace family locks Seth out of his studio and living space- they seem to own everything in New York and nearly everyone in the private prisons they run- but he forges a slightly unrealistic alliance with Carter’s icily gorgeous aspiring artist sister, Leonie, to find out what happened. The farther down the two go into the mystery, the darker secrets they uncover about how America has treated its Black creators and the art they created, and the ways that even their own “innocent” lineages intertwine and snake down into subterranean currents of blood.

As might be evident by this point, one big difference here is that “Red Pill” is largely “realistic,” while “White Tears” is an unapologetic tale of the supernatural. By treating the paranormal like a parable, Kunzru is able to go deep into the horror of a racial ghost story. The past isn’t dead; it’s pissed off. And really, who wouldn’t want to see a dreadlocked rich white hipster kid called on by the dead musicians they covet for the debt they owe?

As might also be evident, like “Red Pill,” the novel also deals with Big Ideas: cultural appropriation, the prison industrial complex and its use of slave labor by other means, who music belongs to, the selfish single-mindedness of collectors, they ways we perceive and misperceive the world around us, and so forth. Yet, here, the ideas are not elaborated by the dialogue, but resonate from the story. We feel as if we’d uncovered them ourselves. They never interfere with the thrills of a story unfolding. I enjoyed both novels, but here, I felt unwilling or unable to get off the ride until the end.

Granted, this too is all a trick — Kunzru directs our attention to what he wants us to see — but it’s a virtuoso one. We’re not sure exactly what is going on until the final pages. And, even then, I found myself asking How did he do that?!

So, what are YOU reading, watching, pondering, playing, creating, or uncovering this weekend?

*As a sidenote, professional magicians rarely call them “tricks”- they use the term “effects”.