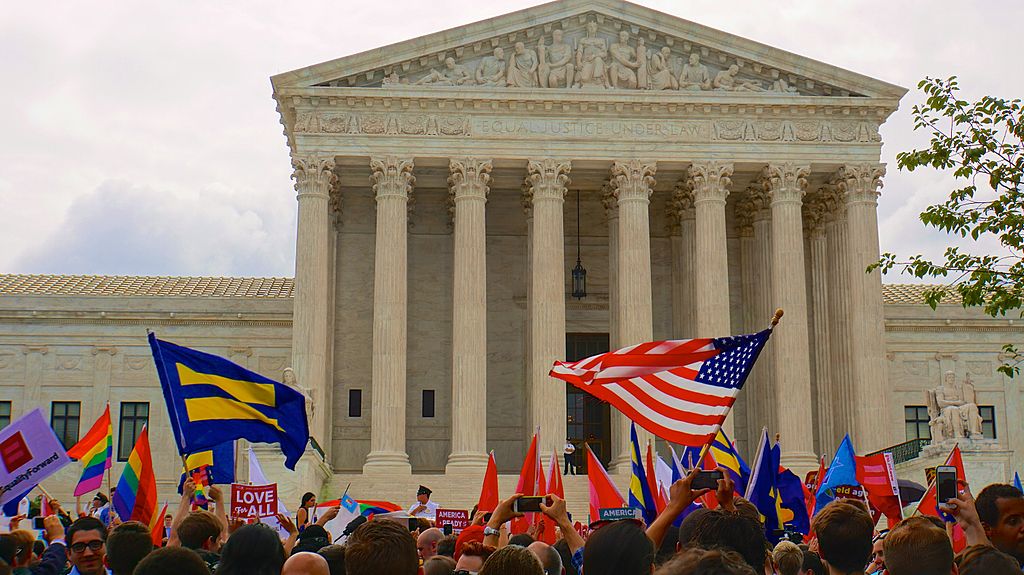 L1: If the federal government has its way, according to an argument made before SCOTUS this week, lying on a dating website profile or using your company-provided Zoom account to chat with your family will be a federal crime. The Court was hearing arguments in Van Buren v United States, in which a Georgia police officer was charged with violating the Computer Fraud and Abuse Act by using his credentials to access confidential information about a woman in exchange for payment. The would-be briber was actually working for the FBI, and Van Buren was hit with federal charges. But he says this is too broad an interpretation of the Act, which prohibits only “hacking” but also “exceeding authorized use” of a computer system. Van Buren’s counsel made the slippery slope argument before the High Court on Monday that such a broad application of the CFAA implicates behaviors many of us engage in every day.

His lawyers argued that Van Buren’s credentials gave him access to the information and thus he did not exceed authorized use under the CFAA (even if he violated department policy and possibly state law.) To hold otherwise is to hold that what essentially amounts to a violation of terms of service rises to the level of a federal crime. Dating website TOS usually prohibit putting false information in one’s dating profile, but if one does so, has that person exceeded unauthorized use, as contemplated by the CFAA? Absurd, say prosecutors. That would obviously never happen.

Wouldn’t it? As pointed out in the link, folks have been prosecuted for “misusing” JSTOR and Ticketmaster, employing “scraping” software to extract academic papers or buy up tickets for resale. Where is the line between hacking and TOS violations? Maybe SCOTUS will tell us when they decide Van Buren’s fate.

L2: Also this week at the Court, justices heard arguments in Trump v New York, in which the government seeks to keep undocumented immigrants from being counted when congressional districts are drawn next year. The Court seemed skeptical. Notable, from Justice Barrett: “A lot of the historical evidence and longstanding practice really cuts against your position… Illegal aliens have never been excluded as a category from the census.”

L3: Someone tried to bribe the president for a pardon. This might be an interesting story. Or it might not. It’s hard to tell, since the only public document related to the case is redacted so as to be devoid of any discernable details. No word on whether said briber was ultimately successful.

L4: Apparently, there exists a very popular South Korean pop group –a “K-Pop” group – called BTS. The oldest member of the group is about to turn 28, which in South Korea means a mandatory 20 month stint in the military. But so popular is BTS that the very thought of one of those dreamy guys leaving his music career to join the South Korean army was unthinkable; the country has passed a law allowing  K-pop stars to postpone their mandatory service for two additional years. That seems extreme, but then again, I remember New Kids on the Block Day.

L5: The latest news on the great election fraud caper – at least as of 7:45pm, EST, on Tuesday, December 1, 2020, can’t swear things won’t have progressed by publication – AG William Barr says the DoJ has found no evidence of widespread fraud that could have swung the election. The Elite Strike Force had thoughts.

L6: A sheriff’s refusal to respond to a FOIA for records concerning its dealings with ICE will cost Knox County, Tennessee taxpayers over $78,000.

L7: The funeral home that fired Aimee Stephens, the trans woman whose case was part of Gorsuch’s Bostock decision but died before the Court issued its ruling, will pay $250,000 to her surviving spouse and the ACLU lawyers who represented her.