Sunday Morning! “If Beale Street Could Talk” and “Riot Baby” 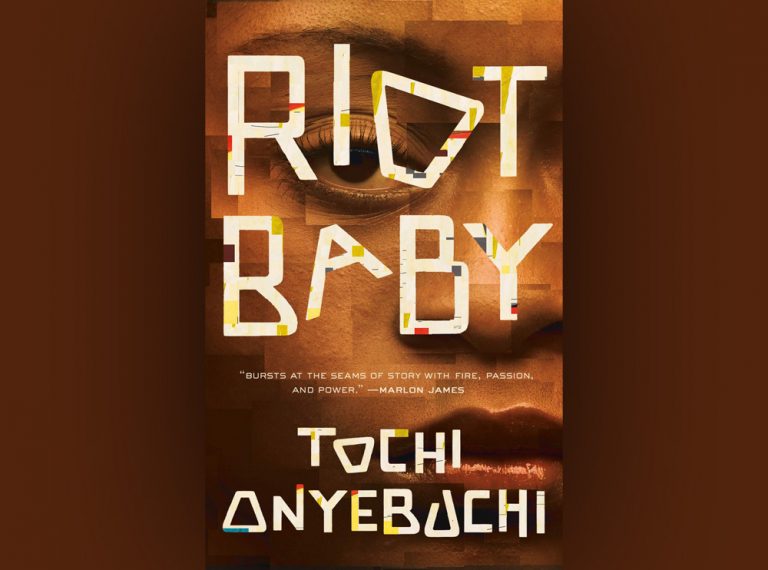 I’m always a little amazed by people who have no fear around authority figures with guns. My ex-wife used to backtalk border guards when they were pushy, which usually backfired, and I could never understand how she could be so brazen. I never feel completely safe around anyone who holds the monopoly in legitimate violence. I’ve been trailed through stores by security, arrested, and had a gun pulled on me by cops. But, let’s be honest- I’ve also gotten off fairly easily compared to a great many young men of a darker complexion than mine.

This week, by chance, I read two novels about young Black men in prison, a troublingly familiar and perennial story. James Baldwin’s “If Beale Street Could Talk” is a sensitive, somewhat melodramatic story about how families cope when a beloved young man is sent to jail for a crime he did not commit. Tochi Onyebuchi’s “Riot Baby” is also about a young man in prison, but takes a sci-fi/fantasy approach that bears very different fruit.

It could be argued that most American novels are about freedom and the quest to obtain it, and really every African-American novel. Earlier, I talked about Baldwin’s novel “Giovanni’s Room,” which ends with a man executed, having committed murder, but really warped in rage by his inability to find a love that is accepted by the larger society. That type of conflict- between the love of two individuals and the disdain of their larger society- also figures into “If Beale Street Could Talk.” Here, the central couple Alfonso, or Fonny, and Clementine, or Tish, have been smitten with each other since childhood and seem destined to marry and have children. But, for a young Black man, Harlem in the early 70s is like a heat lamp always shining down on a shrinking cage. Fonny’s escape from it is sculpting; he hopes to get his own place where the two of them can live together and he can work. It’s the work that keeps him sane in a world where it already feels as if he is imprisoned before the fact.

His other escape is Tish, who narrates the novel. As the story begins, Fonny is already in jail awaiting trial and she is meeting with him to tell him she’s pregnant. It’s a tense scene, but he responds with a sort of guarded joy. He’s going to be a father. Now, she has to tell her family, which is understandably even more frightening; she is nineteen years old. In a genuinely affecting dinner scene, her parents and sister respond with love and support- this is their kin and the boy she has known all her life. Now, they have to get him free.

Fonny’s parents are more complicated- the father is as supportive as her parents, but the mother and sister are religious prigs, ashamed of their son already for being arrested for a rape he could not have committed- it is alleged he ran from one side of New York to the other in less than an hour. The two families meet to discuss their options- it ends badly. When Tish’s sister tells off the pious snobs it’s a bit too perfect- she reels off the sorts of threats and insults most of us think of an hour after the fact. Nevertheless, the two fathers join together with Clementine’s mother and sister and the story coalesces around how families fight for us and form our armor. In many ways, it’s a very traditional novel, recently made into a lovely movie.

The story has its weak points- Tish has a deep mind and true heart, but she exists largely to care for her man and her unborn baby. This, too, is rather traditional, but since she’s narrating the story, it feels as if she’s telling Fonny’s story more than her own. Or, maybe, the family’s story. But, maybe, that’s what young love is like. And Baldwin smartly avoids cataloguing the horrors of incarceration to focus on how people rally to support their loved ones in terrible times, which might be the most important work in any of our lives.

Tochi Onyebuchi’s novel “Riot Baby” deals with the same themes in the context of contemporary America. Here, the young man in prison, Kev, is the “riot baby” in question, born in 1992, during the Los Angeles riots. It is an angrier book, quicker and more overwhelming in its accumulating horrors of Black life in America. It is fueled by rage and ends in a vision of apocalypse that is impossible to shake. A lot has happened in the 46 years between the two novels- there are more police, more imprisoned people, and many more images of young Black men shot dead during interactions with the police to contend with. And it all seems to be increasing; the second half of the novella deals with the myriad forms of surveillance that have blurred the lines between being in jail and being free. Kev is released into a monitored parole community that seems like a dystopian Stepford suburb. He has a chip in his finger and cannot interact with his family, only work and come home to drink non-alcoholic beer with other Black men. It speaks volumes about contemporary Black life that all of the dystopian sci-fi elements of this section seem like they might already exist. I was unsure if this was the near-future or the present.

The twist in the story is that Kev’s sister, the woman whose love sustains him, has telekinetic powers of the sort we might find in a Stephen King story. In fact, as she matures and her strength grows, it seems as if she might be able to burn the world down and wreak great vengeance against the society that has imprisoned her brother. Will she though? What is her purpose in life- to be a healer or a destroyer? Or the avenging angel of her people? It’s the sort of quandary that King might well kick himself for not devising.

As I read “Riot Baby,” I kept thinking it will make a great movie. Onyebuchi has an MFA in scriptwriting and a great many contemporary novels read like film treatments. I complain about this cantankerously, but it is a genuinely visionary novel that reads like a nightmare and a biblical prophecy. There is still the problem that the female character, Ella, is a bit of a cipher. She has her own destiny, but it’s tied to the question of whether or not she will avenge her brother. She feels a bit thin, but it is a quick read.

On the other hand, we could make the same complaint about Antigone, another story about the struggle between family loyalty and citizenship. We love the ones we love and damn the society that condemns them. In a way, both of these book argue that love is stronger than fear, but “Riot Baby” also recognizes the power of righteous fury.