Turkeys of the Year and Golden Drumsticks For 2020 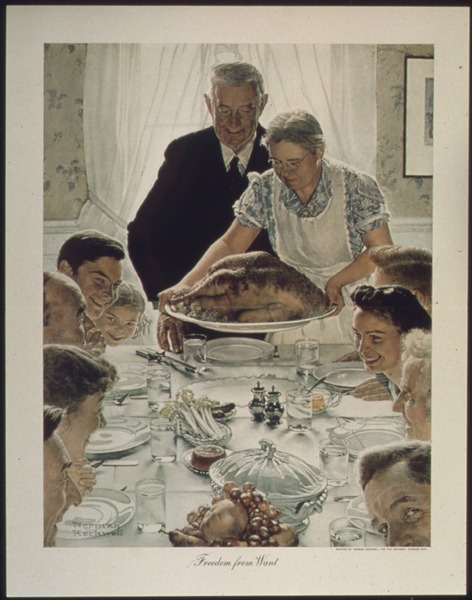 Over at the old Right-Thinking blog, I would take advantage of the Thanksgiving Holiday to give out my awards for Turkeys of the Year and Golden Drumsticks. The latter are for those who exemplify the best traits in our public sphere. The former are for those who exemplify silliness and stupidity. I rarely give them out to someone who is evil; they are reserved for those who regularly make me shake my head and wonder what they’re thinking. It’s a sort of “thank you” for making snarky tweeting easier.

It’s the Year of COVID, of course, and the pandemic has cast a shadow over everything. It’s also an election year, with all the silliness that entails. But I will try not to have the entire thing revolve around those two subjects.1 Even without those things, 2020’s been rough: murder hornets, Kobe Bryant, exploding ports, Chadwick Boseman, RBG, Eddie van Halen, wildfires, riots.

But … it’s also been a year that has shown a bit of mettle. We kept our society going and ran an election under arguably the most trying circumstances since World War II. We have bent but not broken. We have muddled through as best we could. And if the vaccines manage to beat back the virus, I think 2021 looks to be … well … let’s not get too far ahead of ourselves. Let’s at least wait until this second wave has started to recede.

We’ll start with the Turkeys of the Year. In the past, I’ve listed all the past winners by years, but that list is now very long. You can click through to last year’s post if you’re really curious. So, here’s just the past few years with some special recognition for the career achievements of Nancy Pelosi and Donald Trump, who have made three appearances each.

(Pretty proud of that pick of Anonymous now that his identity has been revealed to a giant thunderous “who the hell is he?” from the nation.)

Who made it this year?

The Trump Campaign: By “campaign”, I mean everyone from Brad “Death Star” Parscale to Kayleigh McEnany to the current three-ring court circus. I mean a campaign that ignited a superspreader event thumping their chest over a SCOTUS pick. I mean a campaign that resulted in the first incumbent to lose an election in 28 years and will ultimately suffer the biggest incumbent loss since Hoover in 1932. It may seem odd to top this list off with a campaign that made the race closer than anyone thought, made inroads with minorities2 and got the second most votes in history. And they weren’t originally on the top. But the last week of absolute craziness from their “Elite Strike Force” helped them win this one by a nose.

Bill DeBlasio and Andrew Cuomo: DeBlasio was already bucking for this list having somehow managed to turn record low crime rates and a strong economy into incredibly bad approval ratings and then parlayed that into a hilariously ill-advised Presidential campaign. But his extraordinary mishandling of the COVID-19 pandemic and his continued mismanagement made him a front-runner. Cuomo had the decency to not run for President, but he also bungled the COVID-19 response, causing an outbreak in nursing homes. And, since then, he’s been writing books and winning awards as if he were a great hero.

Woke Democrats: Given a country that was massively behind a BLM reform agenda, they … removed a few statues. And they got rid of Aunt Jemima. And they got the Washington Football Team to change its name. But substantive reform died. Not only were the police not “defunded”, but many departments also got funding increases. Qualified immunity wasn’t touched. Police militarization wasn’t touched. But the refusal to condemn violence and the muddying of the agenda with progressive wish list items sure delivered a lot of votes to Republicans. Given an open field and a cheering crowd, they gave up a safety.

COVID Skeptics: I hesitated on this one because COVID skepticism ventures a little too far into evil territory. But from “it’s no worse than the flu” to “masks don’t work” to “the virus will disappear after the election”, they have been massively, systematically and sometimes darkly hilariously wrong about everything. Berenson, in particular, is almost a self-parody at this point.

Michael Bloomberg: It’s lost in the mists of the Before Time, but let’s all remember when Michael Bloomberg set fire to a giant pile of money to run one of the worst and most incompetent campaigns in recent memory, the greatest achievement of which was being absolutely destroyed during a debate by Elizabeth Warren. Bloomberg, not content with that, would then set fire to more of his money in a futile effort to win Florida for the Democrats. Never was so much spent by so few to so little.

Here’s a summary of the past recipients of the Golden Drumsticks (links above). Some of these I’ve eventually come to regret. Praising anyone in politics is bound to backfire on you eventually. But I put them out in the interest of honestly owning up to my past blogging. Again, truncating the list to the last few years.

Front Line COVID Workers: The only reason our society is functioning at all is because of the millions of healthcare workers, truckers, meat packers, grocery store clerks, teachers, energy workers, etc. who have stayed at work despite the worst epidemic in a century. Many of them have gotten sick. Many have died. And they are right now strapping up for what may the worst period yet. Every damned one of the people on the thin green line defending us is a hero. And when this is over, they should literally get medals and ticker-tape parades.

The COVID Scientists: The race for a vaccine has been the most spectacular scientific endeavor since the Apollo mission, with dozens of candidates in at least Phase 2 trials and a few possibly ready to be fired in anger next month. There have also been the scientific communicators — Anthony Fauci, Scott Gottlieb, Ellie Murray, Carl Bergstrom, etc. — who have made complex scientific concepts understandable to the public, been clear on what we don’t know and tried to avoid politics as much as possible.

Joe Biden: I suspect Biden will get a lot wrong, but he will be within normal parameters. Biden was constantly written off this year, but he showed that Twitter followings do not equal votes, that traditional campaigning is not dead and that one of the best ways to deal with Trump was not to rise to his bait. In a year where the Democrats’ perceived weakness on socialism, rioting and runaway wokeness hurt them nationally, Biden outpolled them by several points just by … being Joe Biden, with all his flaws and idiosyncrasies. The perceived closeness of an election that, in the end, was not that close, has distracted us from the point: Biden pulled off the biggest defeat of an incumbent since FDR. He won’t be FDR; Congress will still be controlled by Republicans. But if we get a few years of boring staid Eisenhowerism, that will do just fine.

Jim Clyburn Talk about traditional politics. Clyburn may have had as much influence as anyone on deciding this year’s election. His endorsement of Biden won a crucial primary, shifting the momentum. And his continued support contributed to strong black turnout. Clyburn’s endorsement was the nail staying on the shoe, staying on the horse, keeping the rider in the battle until the war was won.

Election Workers With a contribution from our very own Election Babe, they managed to run an election under impossible conditions — besieged by a surging virus and an insane conspiracy-addled campaign. I know the Trump team is out there pretending there was massive fraud and incompetence. But their claims have run aground on relentless documentation and the commitment of most of the people involved to fairness. There is plenty of criticism to hurl at systems, laws, regulations and elected officials. But from Georgia Secretary of State Raffensperger defending his people’s integrity to the little old lady marking your name off in her book … the election workers weren’t the problem. They are the only reason it worked at all.