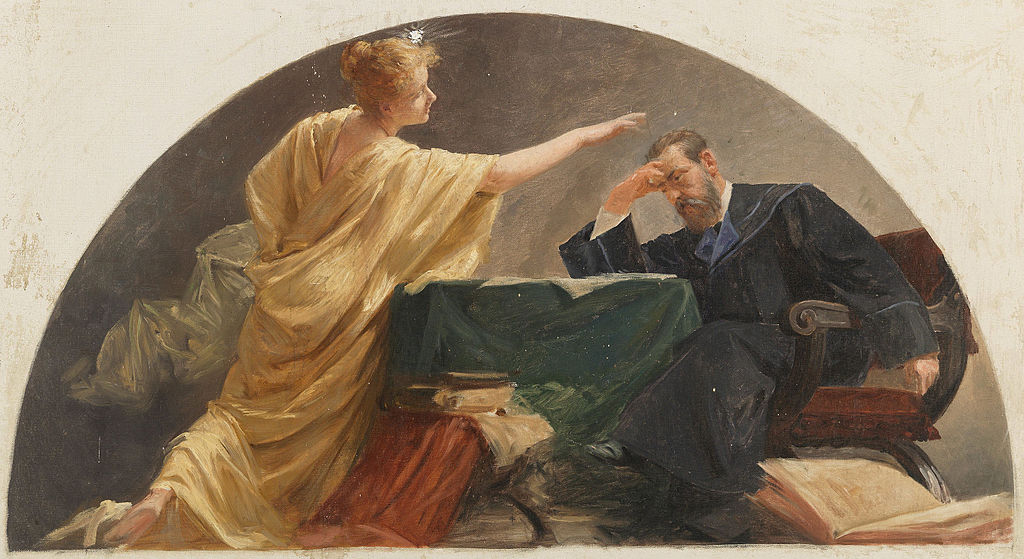 Design for a lunette for the Palace of Justice in Vienna, oil on canvas Painting by Carl Johnann Peyfuss
Date 1899 [Public Domain]

I don’t know about the rest of you, but I’m mentally exhausted, so please forgive the lack of a case of the week today.

However, I have read through the 100ish page (including attachments) complaint by the Trump administration against Pennsylvania’s Secretary of the Commonwealth over alleged election improprieties. I’m not going in depth here, but I’ll tell you what I saw:

What I didn’t see: One single allegation of a specific, identifiable instance of fraud having actually occurred. At best, there are some vague accusations that unnamed persons saw a poll worker do or say something suspicious; it hardly seems reason enough to invalidate the election results of an entire state -er, Commonwealth.

That’s just my take on it- no doubt Trump supporters may read it completely differently. Feel free to check it out yourself, if you feel the need to atone for some past sin.

When you’re finished, here are plenty of other law related tidbits to chew on in between election think-pieces.

L1: The Supreme Court is hearing arguments this week in Brownback v King, a qualified immunity case out of Michigan. James King was walking from one job to another when approached by two plain-clothed officers, one of whom was a federal agent, who asked for his ID (it would turn out that King was not the man they were looking for.) When King declined, the federal agent took his wallet. King ran, believing he was being robbed, and fought the officers when they caught him. He was badly beaten, and charged with 6 felonies for “assaulting” the officers. After he was acquitted, he sued the federal government for excessive force. The lower court granted the officers qualified immunity, but the 6th Circuit reversed: “Any reasonable officer would have known, based on clearly established law, that applying force – tackling plaintiff to the ground, holding him down, choking him, and beating him into submission – was unreasonable under the circumstances.” The Supreme Court granted cert, after denying review in 12 other QI cases this year.

L2: Also this week at SCOTUS, the justices heard arguments in the Affordable Care Act case, and observers think it went well for the ACA advocates. The attorneys general from 18 states want the entirety of the Act struck down, arguing that it was rendered invalid when Congress reduced the penalty for violating the “mandate” to $0. Proponents of the Act argue that the mandate is severable, and the law should stand even without it–a position Justices Kavanaugh and Roberts seemed to agree with.

L3: The Supreme Court is apparently in no hurry to get back into the abortion fight. The conference date for Dobbs v. Jackson’s Women’s Health, the dispute over Mississippi’s post-15 week abortion ban has been rescheduled for the 5th time. It was originally scheduled for September and most recently set for Friday, November 6. It has been rescheduled each time. No new date has been announced.

L4: A major victory was won last week- if you are a do-it-yourselfer or independent auto-mechanic business in Massachusetts. Beginning in 2022, all cars sold in the state must permit access to data needed to diagnose and repair a vehicle directly from the vehicle, rather than through the manufacturer. Other states are also mulling over similar “right to repair” laws.

L5: The Louisiana legislature has unanimously passed a bill to address school disciplinary procedures after a 9 year old boy, Ka’Mauri Harrison, faced expulsion for having a BB gun visible on camera during his virtual class. Ka’Mauri’s younger brother had tripped on the BB gun, prompting the older boy to pick it up off the floor and move it out of the way. His teacher saw it and reported it. The child’s family was told that their home became an extension of “school property” during online-learning; immediate expulsion was recommended. After a fight with the school board, Ka’Mauri ultimately received a 6 day suspension. The new law requires schools to revise disciplinary policies to better address online schooling incidents, and expands appeal rights for families.

L6: What do David Bossie, Bill Stepien, and Jason Miller have in common? They are all leaders of Trump’s national “election fraud” legal team. Also: none of them are lawyers.  They are, of course, joined by Rudy Giuliani, who still pretends to be.

L7: A new Virginia law will have social workers and mental health providers responding along with law enforcement to mental health crisis calls, in hopes of de-escalation. The “Marcus Alert” law was a response to the 2018 shooting of Marcus-David Peters, a nude and unarmed man killed by police during what family says was a mental health crisis.

L8: Doing stupid things at Yellowstone National Park is an American tradition. Some of these things are dangerous, and others are just clucking ridiculous.