And Now All Eyes Are on Georgia. May God Have Mercy on Us All. 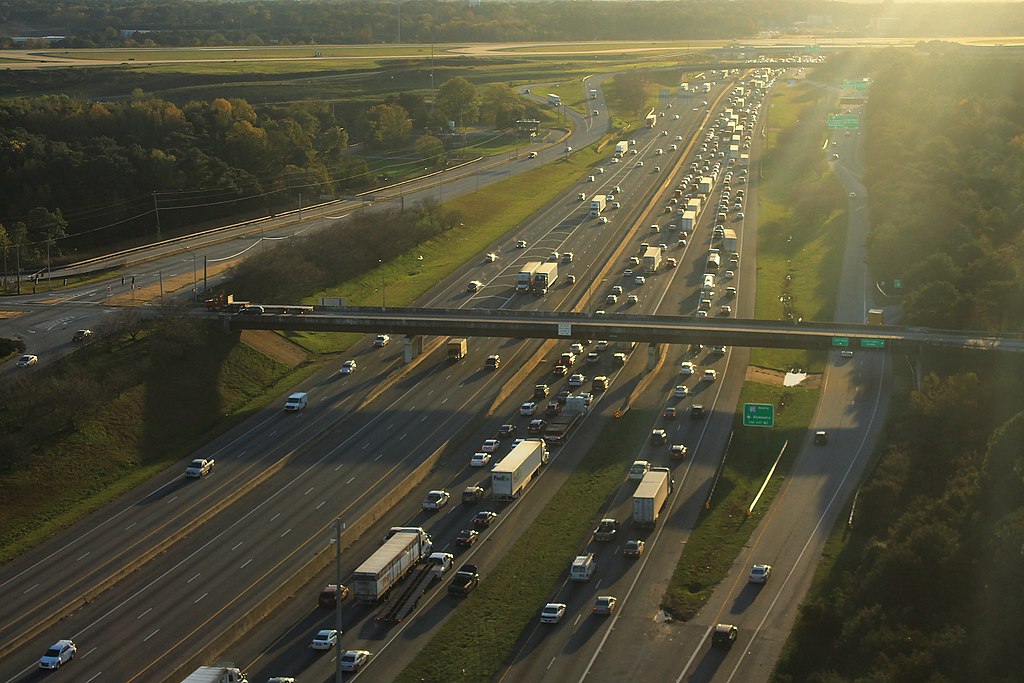 I-285 Airport Loop near Atlanta, 2015. Photo by formulaone via Wikipedia

So, the election continues, and the white-hot spotlight of the nation turns on us. I would rather venture maskless into a political rally than endure another election. I would rather do battle with the ginormous Chinese spiders surrounding my house (another gift of 2020) than watch any more political ads. I would rather be tied naked to an anthill and covered in honey than to endure more phone calls and texts from the Republican party. But lucky me, I get 2 more months of “ANTIFA TERRORISTS ARE COMING TO BURN DOWN YOUR BEAUTIFUL SUBURB AND FORCE YOU TO HAVE A TAXPAYER FUNDED ABORTION IF YOU DON’T GIVE US MONEY RIGHT NOW!!!!!!”

The texts have been awful. If there is a clear divide between the Democrat and Republican campaigns this year, it’s that the Democrats have been cheerful and upbeat whereas the Republicans seem to think their only path to victory is by scaring the bejeezus out of us. Also, the Democrats apparently had actual human beings sending out texts. Several of my friends have posted that when contacted by the Democrats they replied their intent to vote Republican, and yet still received polite responses back. So far, no Republican campaign has responded to my text replies. Maybe it was the extreme profanity.

The GA GOP is certain that both of their candidates will prevail. History would be on their side. The last time we had a Senate runoff was in 2008 and Republican Saxby Chambliss came away with 2/3 of the runoff vote in spite of failing to reach 50% in the general election. But the same people reassuring us that Republicans have it in the bag are the ones who guaranteed Trump would win. The big problem for Loeffler and Perdue is that they have spent the past year falling all over themselves pledging fealty to a president that won’t even be there come January. Loeffler spent more time fighting off a challenge from fellow Republican Doug Collins and was unable to appeal to any other voters. Her infamous ads depicting herself as “to the right of Genghis Khan” may have been really appealing to hard line Republicans, but they won’t help her win over the moderate voters – especially the suburban women she will need to defeat Warnock. Warnock has already started running ads ridiculing the negative attacks sure to come his way. His new commercial states “Raphael Warnock eats pizza with a knife and fork! He hates puppies!” That kinda beats the Loeffler campaign to the punch and makes him more likeable.

And since every other state in America had the good sense to finish up THEIR elections this week, that means all the attention is on us. All the money, all the campaign advisors from both parties. All the volunteers, energy, celebrity endorsements. All of it. Coming to my humble little state.

I’m one of those medically fragile people who the Governor is still advising to shelter in place, so I’ve been working from home since March. I like to leave the TV on during the day, to ward off the solitude. But that has meant enduring 6 months of these godawful campaign ads. I don’t know if I can take 2 more months of this. Maybe I’ll just binge watch old 70’s sitcoms on Hulu for the rest of the year. I don’t need to hear the news or weather. It’s not like I ever go anywhere. And I sure as hell don’t need to see anymore sports scores! Y’all let me know if a war breaks out or if I need to grab the cats and evacuate. I’m just going to close myself off in my own little bubble until this latest horror passes.