Forty-six and Two Ahead of Me 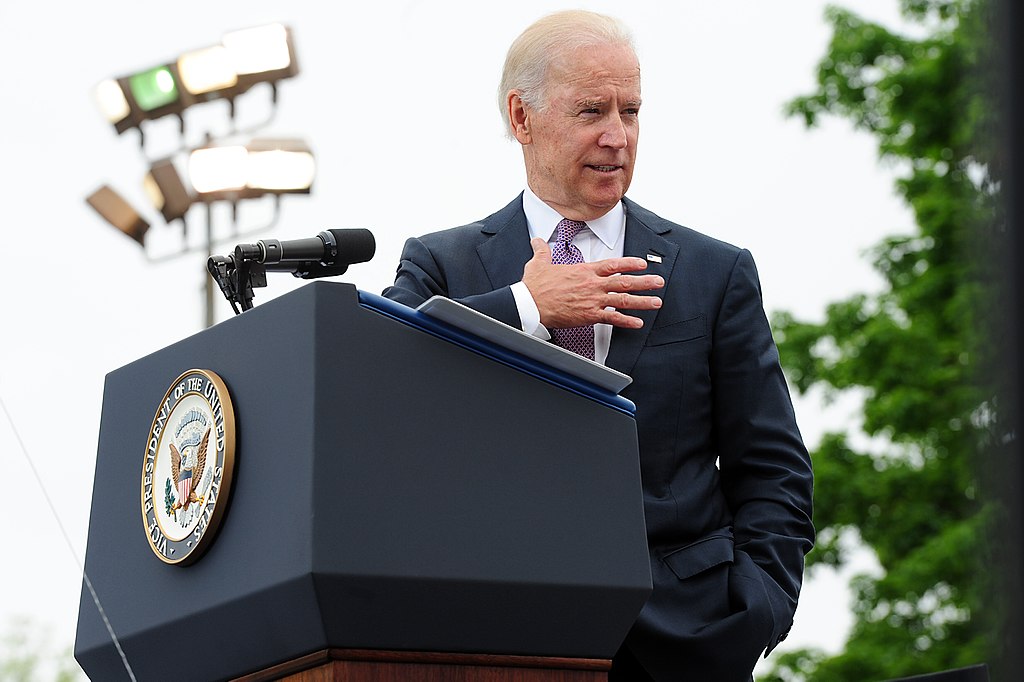 Joe Biden is going to be the 46th president of the United States of America.

There is yet to be some wailing and gnashing of teeth, to say nothing of our current president’s full reaction to the events of the last five days, but Joe Biden will be our 46th president. He will be the 8th president of my lifetime. He will be the oldest ever sworn into office. He will be paired with the first woman — and woman of color — to serve as Vice President. Even with a few results left to sort out, he will attempt to govern with a thinner-than-expected majority in the House of Representatives, and probably Mitch McConnell still holding a slight majority in the Senate 1. President-Elect Biden will have risen to the highest office in the land on his third try, having garnered more votes than anyone ever has, with the president he defeated being second on that list of most votes ever for the White House. The country, while processing all these things, remains divided in many ways. Donald Trump has 70-odd days left in his presidency, then Joe Biden will have four years to see what he does from behind the Resolute Desk.

Already, the speculation of the political sphere has moved to the normal things like agenda, cabinet appointments, possible executive orders, and other matters. The run-offs in Georgia for two senate seats will see attention and money pour into the state through the first week of 2021 that turned out to be pivotal to the 2020 campaign. Then there is the postmortem to try and divine what it all meant, not just in facts but for the already started 2022 midterm elections now underway even while the celebrating and mourning of 2020 continues.

Two years. That’s all the respite we get. And not even that long, in all practicality. With President-Elect Biden already having promised more “on day one” items than he could possibly do on day one, the pressure will be on to make an immediate impact. If he goes the executive order route, the court cases over them will commence immediately as will howls from his opponents and counter-cries of hypocrisy from his supporters. With his vast experience in congress, and as being the legislative point man during the Obama White House, Biden’s natural default to work through and with congress will be tested. Assuming he is still Majority Leader, Mitch McConnell will be a familiar face across the negotiating table, and under normal circumstances someone you’d think could work with known dealer Joe Biden, but who knows now. Mitch will be looking hold the line as the highest elected Republican in the land, trying to balance returning the party from the parts of Trumpism he detested but couldn’t do much about and reveling in the fully stocked judiciary he methodically loaded with conservative jurists for the last four years. With the majority, he will also be leveraging cabinet and other federal appointments. Thoughts of controversial figures like Susan Rice joining the administration probably ends with the Georgia races staying R. Meanwhile, Speaker Nancy Pelosi saw her majority shrink, and it may shrink some more as some races are yet to be sorted out, while having the usual dissent between factions in her caucus. While no doubt relieved to see old friend Biden at the helm, the same logjam of trying to get things through the senate will become harder than ever.

As for the current president, who knows how the next 70 some days go. While the left and Never Trump might still fantasize about 45 being physically dragged out of the White House to make room for 46, that isn’t going to happen. We are probably in for some epic stages of grief and a flurry of legal challenges, but Donald Trump will go come January. He won’t be forgotten, though, as anyone who pulls 70+ million votes for president — and very ready to claim a “stolen election” whether there is proof or not — isn’t likely to go quietly into the good night. Rumors of a post-president Trump run the gamut from running again in 2024 to launching his own “Trump TV” news network to returning to business and reality TV. Whatever he does, the running decorum and brotherhood of the ex-presidents’ club is not likely to be his jam, or their’s for that matter, and Donald Trump will no doubt be blazing his own trail as 45 moves into history and 46 takes his place. Two years to the midterms. Four years to contest for who will be 47, or if 46 will stick around, or what 45 might do, or who knows what might happen.

But what about between now and then?

President-Elect Biden’s big takeaway quote of his victory speech was “Let this grim era of demonization in America begin to end, here and now,” and I hope that is the case. I have my doubts. Whether it is bitter Trump supporters, the crazy makers who destroy things using current events as an excuse, or those looking to create lists of targets for retribution, plenty of folks aren’t interested in that idea. I suspect many others won’t make it past the first flurry of executive orders a President Biden might issue right off the bat. Surely such hot button issues like immigration and climate change will start to fall in the long-established trenches of partisan warfare once again. We have nearly 50 years of Joe Biden governance to draw opinions on, and such an informed opinion means we should not be too surprised at what is coming from such a well-established politician. We can guess and presume at most of what’s coming.

But you cannot react on what might be, only what is, so for now everyone should wait and see. What I hope and pray for and what I think will happen is not usually the same thing. Especially in politics. I don’t think Joe Biden’s statement of optimism and offer of an olive branch lasts very long in practical governance in a partisan environment and crisis at hand. I hope I’m wrong about that. Most of all, I know that just changing presidents will not magically fix many of the deepest wounds of the country nor the most broken machinations of government. I hope folks take this time to understand that things like Trump do not happen in a vacuum; there is a before that caused it, a during that enabled it, and an after to be reckoned with. We need to understand the first two as much as possible for the next time it might happen, whether Trump really does try to make a comeback or — more likely — the 2024 GOP candidates try to assimilated the electoral success of Trumpism without becoming fully MAGABorg themselves or suffering the same fate. I think President Trump might make this difficult on everyone not just in the near term as a lame duck, but as a very loud, very public aggravator after he leaves office. I hope he surprises me. I hope Joe Biden surprises me as well. But I think, and fear, that having won the White House by being himself, being himself might not be enough with the forces being brought to bear both by circumstances and the politics of the day. Forces from inside and outside his party. Forces not just political, but those that are always scheming against the leadership of our nation regardless who it might be to try and bring down the country and it’s president.

So we wait, hopeful for things not yet to be, hoping for the best but preparing for the worst, hoping that we all are still here to talk about the 47th president of the United States of America. After all, if Joe Biden can be elected President of the United States of America to replace President Donald Trump, we should know by now that when it comes to American politics, anything can happen.

70 some days to 46. Two years until the midterms. Four years before we do it all again.