Confidence Interval and The 2020 Election 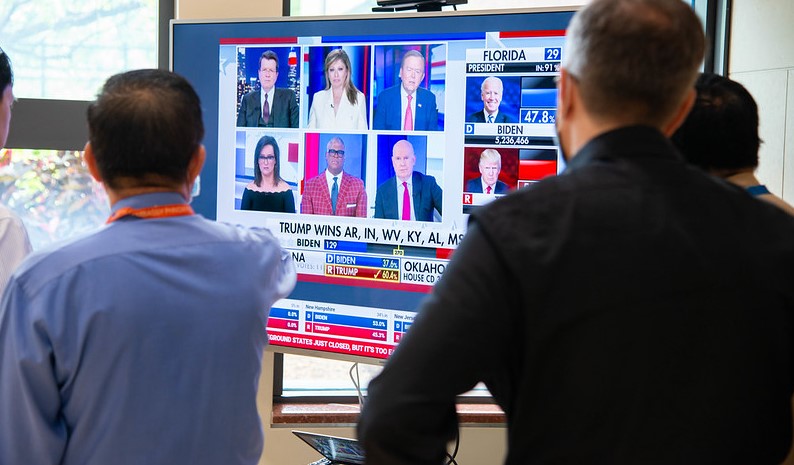 Right now, as we speak, half of the country is convinced the other half is trying to steal the 2020 presidential election. Are they wrong? Do they have faith in the electoral process, or is that one more casualty of the culture war?

I do not know. And, truth be told, neither do you. Both sides of this most recent, hotly contested election have their reasons to believe they have won and are rather unshakable in this faith. Did Republicans try to disenfranchise thousands of voters and when losing resort to a stacked SCOTUS? Have Democrats done the modern equivalent of stuffing ballot boxes and shut out election observers? Are any of the myriad crimes listed by both parties true? Or are they just figments of each group’s collective imagination?

How did we get here?

Well, we wanted to be here.  We wanted gross confusion, bad numbers, uncertain vote counts, and outright fraud. How did we want this? Ballot harvesting. Disparate impact. Unequal access. We went all-in for mail-in elections. And there are laws that might or might not be illegal, such as forcing ex-felons to pay their fines before they can vote, which some call a poll tax. So, some of us wanted to be in this very spot.

As of this morning, Sunday, Nov. 8th several news outlets have declared victory for Joe Biden, but at the same time, SCOTUS has gotten involved due to Trump’s lawsuits and ordered any ballots received in Pennsylvania after 8 pm Nov. 3rd to be set aside and counted separately. Some of the shadier news sources, such a Vox, have declared Trump to be trying to perform a coup due to this. But, these lawsuits, including some in Nevada and Arizona along with referrals to the DOJ for criminal prosecution, are very legal and he is well within his rights. And have precedence.

The 2000 election, George Bush against Al Gore, also went down to the wire and was not decided until 45 days after the election day, due to lawsuits, recounts, and so on. And anyone who called it beforehand, either for Bush or Gore, was not only a liar but a fool. And in doing so probably planed the seeds for where we are now, and how to deal with a contention vote.

78% of OECD countries either allow zero mail-in voting, or have extremely strict ID requirements to enact it, and even then, only allow it in the case of a citizen not being in the country. Even such paragons of democracy such as Russia feel that it is too susceptible to fraud to be a viable electoral method. Most countries require a photo ID, such as Mexico’s “Credencial para Votar” with both a photo and a hologram, along with various bits of identifying information. Even the United States Supreme Court in a 6-3 decision found that an ID requirement did not place an undue burden, as written by liberal favorite John Paul Stevens. And indeed, 18 states do have that requirement. But not our battleground states, nor any states that have swung left over the last few decades. Or appear to have swung left.

This is the problem. This election was extremely close, with a huge number of people favoring Trump, while at the same time another just as large of a group favoring Biden. And in this case, you need to have the most open and transparent electoral process, which the united states have time and time again refused to take the necessary steps to achieve. And, further, we are not helped in our trust by what remains of our media, nor in the tech companies that are now used to disseminate it. In the last few weeks alone, Twitter and Facebook have censored the fourth-largest newspaper in the country because they do not approve of the information that was being sent out. And, again, this is angering half of the country.

The more conservative half of the country feels that those groups of social media companies are smothering our democracy. While at the same time, many of the groups who in times past railed against censorship and the corporatism of the media, have gone all-in on the idea that these are private companies who have complete say over what happens with anything taking place on their platforms. And this includes any information regarding the possibility of vote tampering. Or the organization of any groups to protest this, as Facebook just shut down the group Stop The Steal, feeling that it might instigate violence.

As a nation, indeed as individual states, we are as deeply divided as at any time since the Civil War. A war that more than a few feel we are heading back into. And we have taken steps to help ensure this is going to happen. Indeed, we seem to be on a sprint to that “finish line.” But there is a way out of this. And this path is lit by the lights that we say we want all around the world. Free and fair elections. We do not want dead people voting, we do not want non-citizens voting. We do not want people voting twice. Nor do we want to remove the right to vote from anyone who is eligible. And we do not want votes for the other team to be destroyed. And these are all accusations that coming from the various camps. And these are all accusations that need to be investigated. I do not care if you do not like Trump, think him a racist, and feel By Any Means Necessary is proper to get rid of him. I do not care if you think that Biden, sick and failing with age, is a stalking horse for the far left. The other team does not feel that way, and as citizens of the country that we call home, we owe it to them to work to make our elections as free and fair as possible. We owe it to the civil rights acts that were necessary to make this country even greater than before, and to the memory of Dr. Martin Luther King who worked so hard to make it so.

Doing this now, even with the specter of COVID 19 hanging over us, is eminently achievable. We knew when the election was going to be held, years in advance. We have been debating what to do with the virus for months. That is no excuse for how this election was handled. You still need to clear the voter rolls; you still need to get ballots to all the people who are eligible. All of this could have been done in the last few months.  We chose not to do this. We chose to have fear, uncertainty, and doubt rule us in determining who is the president. What direction our nation is heading.

The United States has decided that as a nation we want to work on the honor system for our elections, to base them only on trust between citizens. But we have ensured that no one has trust in each other.

We do not know who won the 2020 election. Trump has not conceded, nor should he. The media has crowned Biden the victor, when he is officially still under the requisite 270 electoral votes, as a few states are still counting, and there will be challenges to those counts. Biden has proclaimed himself POTUS, as it feels like he will win. But as of right now, he has not, and in repeating this so-far false idea, might just do more damage if Trump wins in his court challenges. The media is repeating this as true, but if they must recant it, the idea will be lingering that Biden had the election stolen from him when he did not. At the same time, due in large part to media malfeasance the Trump supporters will feel that the election was rigged. That it was taken away by means foul and illegal. I, personally, have no faith that this was a fair election. I am not saying that either side cheated, nor am I saying that I know who won. I am simply saying that I do not trust our electoral system at this point. And I am not the only person who feels this way.

Right now, the left is doing everything in its power to push Biden over the finish line first, even on the narrowest of margins, in a reach for its idea of the future. And in that process, it might just make a martyr of Trump.