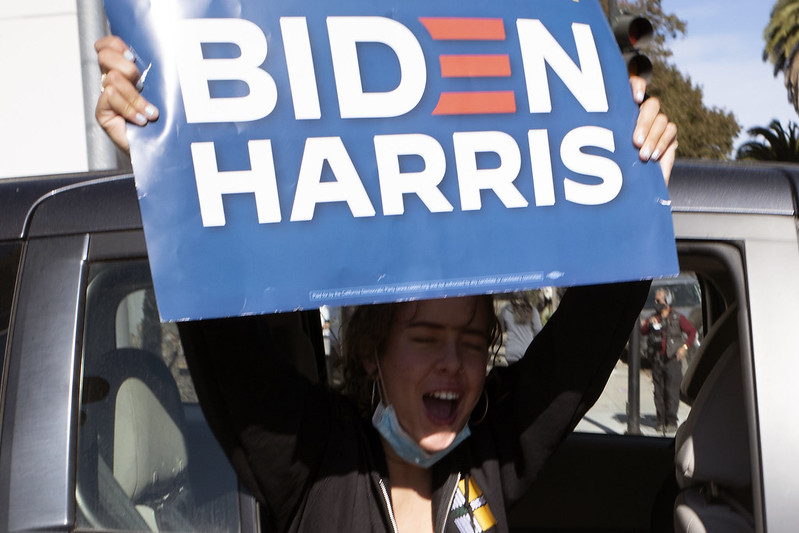 I bet every single one of you here have been waiting with bated breath to find out my thoughts on the election. Well, here they are!

This Might Be a Bigger Repudiation of Trump Than It Appears

This was a very close race. I recall a very recent discussion here at OT where I was assured that we didn’t have to worry about empathizing with our opponents. If tone was going to push some people to vote for Trump who might otherwise vote differently, then we didn’t want their votes, and it would be only a rounding error anyway. After all, the polls had Biden winning by a very large margin. But while Biden’s popular vote victory appears to be very large, the electoral vote is still very slim, even he ends up winning Georgia, Nevada, Arizona, and North Carolina.1

Still and even so….it’s very difficult to unseat an incumbent, especially when the challenger bases their campaign more on voting AGAINST the incumbent than voting FOR the challenger. 2 I’m only one person, with a very narrow circle of friends and acquaintances, and most of that small sample is anti-Trump. But I sense very little actual enthusiasm for Biden.

Still, that’s just my reading. It’s much easier to read this election as very much not a repudiation of Trump or Trumpism, and perhaps the easier reading is the right one.

A Question of Priorities and Not Only Racism

I’m not prepared to say that people voted for Trump because they’re racist. I mean, some people, I’m sure, voted because they’re racists. I’m also sure that for others, racism may have been the marginal difference between their vote for Mr. Trump than a vote for someone else. And I think most of us are racist in some sense of the term and that racism probably informs our choices, somehow, at the ballot box. That probably works in a similar way that hostility and hatred toward the type of people imagined to live in red states informs some persons’ votes.

But I cannot and won’t say, as a general proposition, that people voted for Trump primarily because they’re racist.

One reason is that I personally know statistically none of the millions who have voted for Trump.

Another reason is that of those who I do know personally, it’s not always obvious whether or how racism may have played into their thinking. For some it was more present than others, and for most it played some sort of role.

Yet another reason: we can look at the question of racism differently. Instead of calling Trump supporters racist tout court, we might more accurately infer that those who voted for him chose not to prioritize Mr. Trump’s racism and the racism Trumpism represents and instead chose to prioritize other things about which they agree with Trump or the Republicans.

Don’t get me wrong. I think it’s okay to call Trump supporters to task for setting a lower priority on protesting against racism than on the other things. But let’s remember two things.

One, there was a time, more than half a century ago, when liberal-leaning people prioritized their own set of policies over fighting the segregation in the American South. Some of those liberals (maybe most of the white among them?) entertained racist thoughts and made racist decisions, at least occasionally. But I’m inclined to say that most of the non-Southern among them probably thought segregation wrong and would have supported a federal anti-lynching bill. They thought that allying with southern segregationists was a necessary price to pay for the New Deal, which, they probably further believed, benefited at least some black people.3

Two, the type of liberalism and the specific policies that people like me support don’t benefit everyone equally and they come with severe flaws that hurt a great many people, especially in the short term. I support most of those policies because I believe they’re ultimately the right thing to do and will in the long run help people. But let’s remember that they look differently to different people.

For example, I supported and continue to support the Affordable Care Act. But that law, as it existed in 2016, did hurt a lot of people. It imposed a new tax. The “affordable” insurance plans on the exchanges, the purchase of which was necessary to avoid the tax, were not quite so affordable, at least in some markets. The employer mandate created incentives for some employers to cut hours to avoid having to provide healthcare. Those employers were weighted, so I’ve heard, in sectors where people made minimum wage or close to minimum wage, i.e., the sectors whose employees probably needed the hours the most. Don’t get me wrong, I still support that law and what it could be. But I’m not going to deny that at least in the short term–and perhaps longer term, too–it causes some harm.

I won’t breathe easy until Mr. Biden takes the oath of office in January. I can see a way for Republicans to steal the election. It’s not (I hope) likely, but it’s also not wholly implausible. Through means fair and foul, the GOP could upset the result.

Imagine some confused scenario that involves recounts and “illegal” ballots.

In some close states, a recount might yield a different winner. I find it hard to believe that in a state where hundreds of thousands (or millions) of votes are cast, that every vote is every really counted. I can easily see an honestly done recount coming up with a different result if the margin is close enough. That’s probably one of the justifications some states adopt recount laws in the first place.

In other situations, there could arise enough “controversies” over who legitimately won in a state so that the legitimacy of the pro-Biden electors is called into question. Or perhaps, separate slates of electors are separately certified in some states because of some ambiguity in the state constitution. Or some other thing happens. The “controversies” would be a sham. But they could give a thin veneer of political and legal cover for the Republican controlled Senate to creatively interpret how it performs its constitutional duty to open and count the electoral votes.

Again, that’s unlikely, but not impossible.

Again, I’m very glad that Mr. Biden and Ms. Harris appear to have won. I wish them the best.