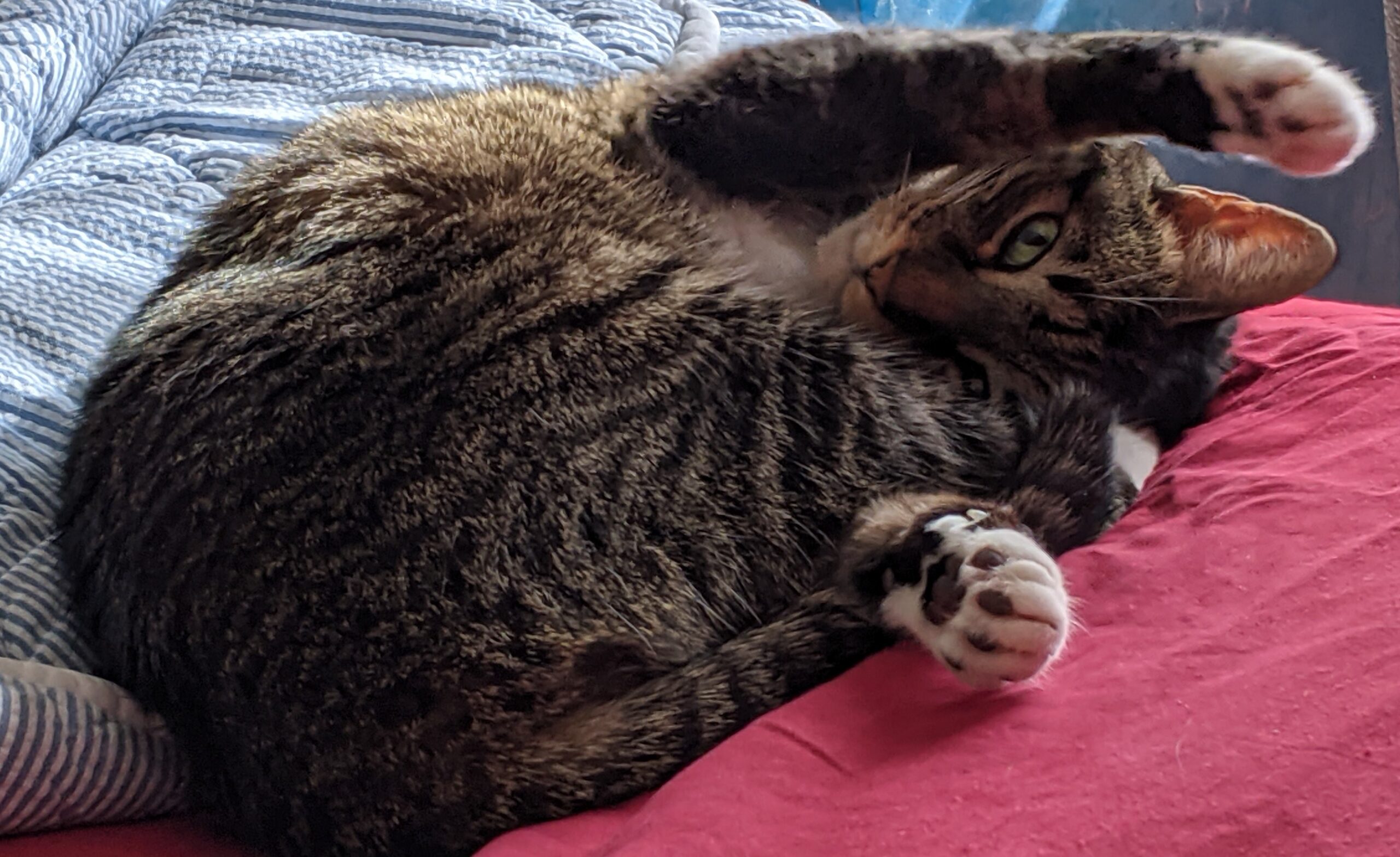 “So how bad do you find Daylight Saving Time?” was the question I got asked the other day. When I was a kid, spring was the ABSOLUTE WORST. Oh, my gosh. Mom came into my room on that Sunday and gently woke me up and told me it was time for church and I was WRECKED. Oh, and it took a week for me to adjust. What the heck… bedtime was an hour earlier and I wasn’t sleepy and wake-up time was an hour earlier RIGHT IN THE MIDDLE OF MY SLEEP CYCLE. I can handle jet lag. I’ve done jet lag a couple dozen times. I couldn’t handle Spring Forward.

Fall Back? Oh, my gosh. It was LUXURY. My bedtime? An hour later. My wakeup time? Also an hour later. Like, where I’d wake up a few minutes before I had to wake up and I could look at the clock and then just snuggle into my blankets and pillows and feel toasty warm and appreciate it before I had to get out of bed and dressed and off to school.

The weird thing is that this is the first year that Spring Forward didn’t wreck me. I suppose working from home helped with that. My commute time was shortened from 35 minutes to 90ish seconds. That made things easier. I could easily check email, check messages, and make a phone call from the kitchen while I toasted a bagel and made a scrambled egg. It reached the point where I didn’t need an alarm clock. I just woke up, naturally, and wandered downstairs. I could do my Skype meetings and have good conversations and I didn’t even have to get dressed in real clothing.

By the time I started wandering in back to the office itself once, twice, thrice a week, I was over the jet lag easily. It wasn’t so bad.

Except I had gotten used to jogging after work every day. Around September and early October, it was downright lovely to jog next to an amazing sunset. “Look at that!”, my running buddy would say. “It’s like we’re on an alien moon.” The oranges and purples and pinks and reds and everything turning into twilight by the time we got back to our cars.

Welp, that’s enough of that. Now the sun goes down at 5.

When I was a kid looking at the sunset over Lake Michigan, man, that sunset took FOREVER. Even after it hit the water there was enough light to squeeze out just a little more fun from the day. Colorado? Man, now the sun hits that mountain and BLOOP. It’s gone. Which means that we have to start running at 4.

And I’m usually still working at 4. Which means that I need to come up with a new workout or figure something out.

As such, this might be the first year of my life that I found myself regretting the end of DST and wandering back to Standard Time. Which is a weird feeling.

This weekend will be the weekend where we go through all of the Spring/Summer Clothing and swap it out with the Autumn/Winter clothing. Which is going to be weird because, under most circumstances, I’ve got about a dozen outfits that I might wear. “This shirt, or that shirt? Am I wearing a jacket and tie today or is it going to be super-casual?” Not this year. I got dressed from the dryer as often as I got dressed from the dresser.

So when I put the light clothes away, I will put away shirts that went unworn all summer. I imagine that they’ll be replaced with shirts that will go unworn until the vaccine comes out. But I don’t want to borrow trouble. That’s what we’re doing this week: The Wardrobe Swap.