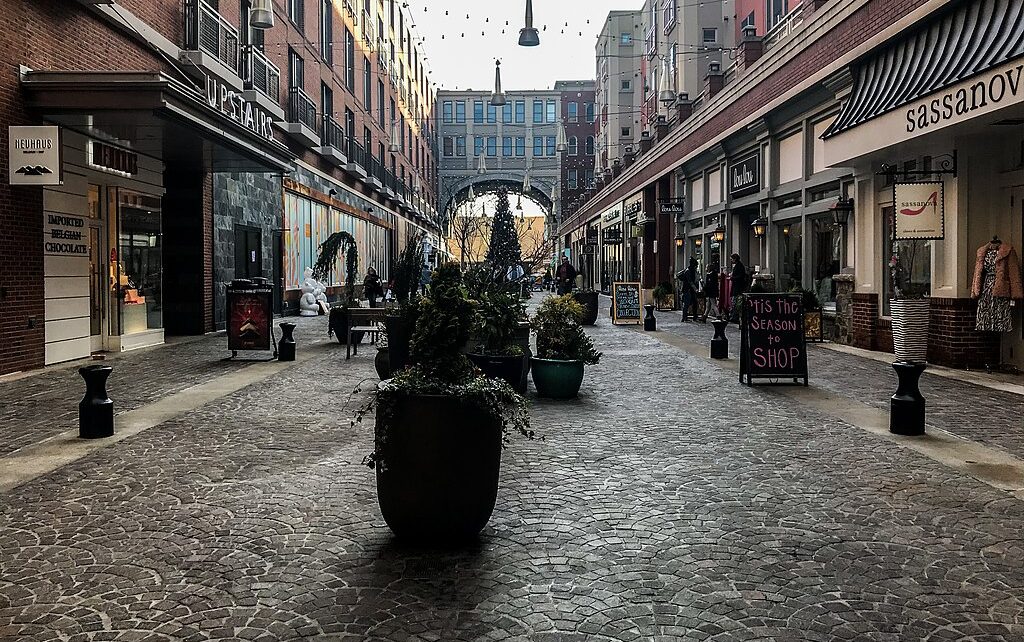 Before landing in a career, most of us settle into a particular kind of part-time work; bars and restaurants, landscaping and construction, office work. I always wanted to work in retail; I didn’t like working outside and my parents would disapprove of bartending. While I eventually enjoyed a lengthy stint in an independent college record store, most of my retail experience has been with clothes, and with Gap, Inc. in particular. It was a formative experience, and so it was with real sadness that I read recently that GAP was preparing to close as many as 300 stores nationwide.

Gap’s heyday was the late 90s, when jeans and khakis faced off like West Side Story, and all of America wanted to jump, jive, and wail in a white t-shirt and rumpled pair of Gap khakis. I suppose I was drawn to the plain nature of the brand; I didn’t care for the jock, faux-prep of Abercrombie & Fitch or American Eagle, and I wasn’t ready to embrace the more grown up aesthetic of Ralph Lauren or Brooks Brothers. Gap’s world of well-constructed basics was a blank canvas on which anyone could arrange their personality.

The store where I worked took up a busy corner at a newly developed outdoor mall; truth be told Gap was on the low end of this mall’s offerings, with its Williams-Sonoma and Restoration Hardware. The work itself, much like the clothes, was basic; keep up the store, take care of customers, and be nice to people. The most strenuous thing I ever really did was carefully fold an entire wall of pants – denim or khakis, I can’t remember which. The work was something pretty much anyone could do. My coworkers came from a wide variety of backgrounds – both fashionistas and rural kids from the country who were just happy to make gas money – and unlike today, we were all very young, ranging from sophomores in high school to well-heeled college kids home for the summer.

While we worked hard, the job was a lot of fun. We goofed off a lot, gossiped like crazy, snuck cigarettes on breaks, and made friendships that while temporary, were important at such an uncertain time in life. And we still took our work seriously; our store did a large volume and it was important that we work at a high level.

The decline of Gap and other retail establishments saddens me. Not only for sentimental reasons but because I know that young people right now will not have a similar experience; formative work with competent adults who made you better people. Plenty of retailers refuse to hire anyone under the age of eighteen, which means that too many teens spend their days in either meritocratic hyperdrive or bored malaise, either way texting away to anyone and no one in particular.

The causes of this change are well-known; online shopping, employer liability, students spending more and more time on extracurriculars in hopes of securing admission and funding to college. The end result is still the same. Fewer young people in the workforce means a longer delay in the development of not only the workforce, but the habits of work that make for better people. Young workers are not perfect, but they’re a sight better than the moribund stores that now fill our malls.

The decline is also sad because it reinforces something that we have known for a while. Our common culture is dead. Of course not everyone shopped at Gap; when I was a kid, our small town mall was mostly department stores with none of the direct retail stores that dotted malls everywhere in the 1990s and the post 9/11 boomlet of the Bush years. Still stores like Gap conveyed an image, or least some basic products, that worked for a very large number of Americans. What changed over the last decade was the shift towards lifestyle brands of a very specific sort – the carefree khakis and solid pocket tees of Gap no longer sufficed. Instead, adult men buy their khakis and plaid shirts at Orvis or Bass Pro Shops – the same place they buy their fishing gear. Young men and women spend five days a week dressed for the gym, even if their only exercise is walking a flight of stairs at the library.

We all buy some sort of clothes from Target these days, but it’s mostly thoughtless, an article of clothing to which we hold no greater attachment than the roll of paper towels that lay beside it in the shopping cart. We rightfully treasure our local businesses, but they can’t do everything. Maybe it’s time to treasure other businesses, as well.

It seems strange to think of large corporations as institutions, but that’s what they are. We can buy our pocket t-shirts anywhere, but when businesses like Gap thrive, along with the recently bankrupt J. Crew and Brooks Brothers, the rest of us can rely on them – not just to provide products but to provide other things as well – jobs and a sense of continuity from year to the next. Perhaps we didn’t think we would miss them. They are “just stores,” after all, but I believe we’re going to find that the changing retail landscape affects us in ways that are not immediately clear.

The loss of storefronts means that young workers risk losing out on public-facing jobs; while all work is virtuous, certain virtues can only be learned in certain situations. In retail I learned to speak clearly, to listen, to be patient with others. These are personal habits that carried over into my life outside of work, and would serve any young person well. Work may be available in an Amazon procurement center, or stocking shelves at a big box store, but I wonder how much those jobs require of their employees. They provide a paycheck, to be sure, but are they formative? Do they demand something of employees, and could those demands mean improvement in their own lives? Kids need jobs – a job is better than no job, but even in a fast-moving retail chain, your chances of becoming known to other people in a meaningful way is greater than in Jeff Bezos’ delivery truck.

Working in retail was formative not just for the usual reasons but also because after working in a small store for a few weeks, you were known. You didn’t always work with the same managers or coworkers but in time, they knew you. There was no hiding – you had to be comfortable in your skin, and if you weren’t, you recognized the need to improve. It’s not that folding khakis and hawking credit cards for twenty hours a week was a process of beautification. Maybe it was just that lonely twenty-somethings needed to walk into a place where someone cared, where the messiness of life could be slowly resolved over a nine hour shift with cigarettes and cheap Mexican food crammed in at lunch.

Or maybe we just romanticize the past. Perhaps it doesn’t matter where we work or where we buy our goods – sartorial or otherwise. Maybe we take the jobs that we are offered and do the best we can. But the more our places of work and commerce are seen as large, vague, and impersonal, the less connected we are and the more we drift aimlessly. Unmoored from any ties deeper than a paycheck, we are likely to retreat to our smartphones and streaming services, endlessly scrolling in the hope that we find those human voices that will finally wake us.