Richard Pryor’s Father and the Transforming Truth of Fatherhood 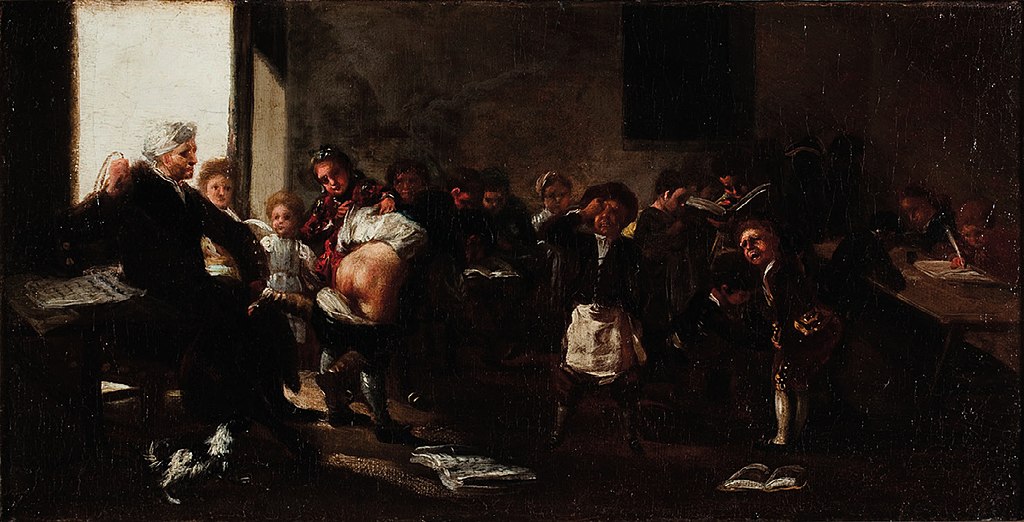 The corporal punishment of children has endured an evolution over my lifetime. I’m only middle-aged (born in 1973), but I tell you the truth: the thought that I could go to school without the threat of a principal or a teacher striking me with a paddle or ruler was beyond comprehension. Of course I’d be paddled if I committed any one of many infractions, and of course I’d be paddled if I committed a number of lesser infractions in short course, crossing the threshold of my teacher’s exasperation. But now? What a revolution! No more threats of corporal punishment!

What is the name of the sociological phenomenon, however, that has me even now remembering with fondness the sequence of events leading to a flustered teacher guiding me forcefully by the hand to the principal’s office? There I would receive a lecture delivered in stern tones about behavior, responsibility, and other prisoner’s virtues, before the paddle would come off the wall and onto my backside in three-to-five swift strokes. I have the memory that I had a delight in the accomplishment. I mean, it wasn’t easy to bring a teacher to exasperation, and there was a kind of competition among the boys to see who could earn wrath, that is, a reward for the labor of grinding away against school and its hunched plenipotentiary ambassador. Re-entering the room after a paddling brought forth many grins and exchanges of winks and sparkling eyes, followed by the teacher’s admonishment not to encourage one another.

There was a special honor among the boys for those who could wrangle one of the girls into a paddling, and I did manage such glory once, when I was twelve, and when the occasion was at hand, I burst out laughing because Claudia squealed before she was paddled. Mrs. Miller, enraged, added unto me an additional lick, and the principal softly chided her, and nothing came of the violation. This is not insignificant.

The wild popularity of Richard Pryor (and Bill Cosby for that matter, but the less said about him…) came in part from his hilarious retelling of the ordinary, lifting it from the mundane and into the heavens of rapture, bringing the pain of everyday existence, and our corporal suffering in it, into a place of ecstasy. Unfortunately, Ritchie could not take pleasure from his own genius, and he suffered corporeally greatly, but his recollections of his own specific suffering were a salve for so many of us, his fans, in general. In the ordinary, he observed significant human behavior, the subtle stuff that we innately know to be truth but cannot articulate without the genius of a comedian such as Richard Pryor.

He had a way of speaking about his father. YouTube recommends Richard Pryor clips to me on an infrequent basis, and according to the algorithm, I was recently watching a conversation between him and Johnny Carson, amazed at this ability to evoke such a specific memory from my forgettable school years with a single sentence: “My father, Johnny—here, give me a piece of paper—he’d be reading the newspaper, and he wouldn’t ever say anything, he’d go—” (Richard snaps the paper between his hands and looks up, then slowly returns his eyes to the paper). Here my mind was activated to the recollection of my elementary school years. In the next sentence, Richard describes the father next door: “The man was mean. The kids, if they did not hear that man come out on the porch and go—” (Richard clears his throat). “If they didn’t hear that and get home within three minutes, that was it.” He then goes on to describe the effect it had on the man’s children. They had heard that almost imperceptible clearing of the throat. These are recognizable and normal experiences.

When I heard these two very short vignettes, I tried to count the number of times my own father had struck me on my person. I think, in eighteen years living with him—I think he struck me fewer than ten times. Nevertheless, I greatly feared my father, such that, as Richard Pryor describes, if my mother threatened to tell my father she was upset with me, I was immediately chastised and mollified. That does not mean I necessarily discontinued my unwanted behavior, but I certainly attenuated it. If my father threatened me with violence, it was as good as accomplished, except in those cases, fewer than ten in number, and I believe one of those came about when my father was experiencing some great corporeal agony of his own, causing him to lash out against his own will.

Comedian Bill Burr has a similar attitude toward his father. “There should be the threat of it. Half of it was just the thought. It was just your dad was acting like he was going to do it, but he never did.” Despite the many failures, in many senses, particularly sociologically, of his father, and despite his many vices, the virtues of the man who stood as his father were unconsciously traduced along with all the—what would one call those negative characteristics? And which are actually negative, distinguished from merely unpleasant? What man in his youth has a desire to become a jerk to his children? I imagine one could say that fatherhood is ineluctable for men who do not run away. It is not something to which a man aspires. Typically, then, many men become as Richard Pryor observes and articulates: unwilling participants in that inexpressible thing we call fatherhood, the guy who occupies a chair in a prominent place, the guy who utters very little, and does very little in the way of directive discipline, the guy whose relationship to his children precludes misunderstanding of even the slightest gesture.

Actor Richard Burton likewise describes the majesty of his father, who abandoned him to be raised by his oldest sister after Richard’s mother died when he was three years old. After he had achieved Hollywood superstardom and acquired all the attendant wealth, Burton had a mind to establish a relationship with his father. The way Burton tells the stories, one cannot help but to wonder whether the entirety of his life was lived to please his father. Perhaps he was living under the shadow of that very short Welshman, and he wanted to lighten the coal face in his father’s heart. On one occasion, he went to visit his father, who greeted him thus: “Which one are you?” On another occasion, he asked his son, “And what are you doing in that Hollywell?” Richard expressed to his father how much wealth he had accumulated by acting in movies, saying that a particular movie company had paid him quite well. His father responded in astonishment, “What for?” And then, after his father was rescued from a fall off a bridge, he was called by the hospital to help with identification. Upon arrival, Burton asked his father, who was stone drunk (hence the fall), “Do you know who I am?” His father replied, “Only too well.”

As I become more curmudgeonly toward my own limit of children, the fear of my father is transforming, evolving, not less in fear, but growing in it, producing a fruit, of sorts. As the distance in time brings me closer to those days, I see in my father a merciful man, withholding judgment and turning wrath into grace, and then grace into grace.

I often return to the metaphor which is before us on the chessboard, and I do so because I marvel at the wisdom in this 15th Century pursuit. There she is: the queen, all-powerful, moving swiftly and decisively, the enemy in constant dread, always aware of her position, while the king’s movements are mostly defensive, quite limited. When the queen is dead, the game continues. When the king is dead, we reset the pieces.