The Curmudgeon’s Case for Biden 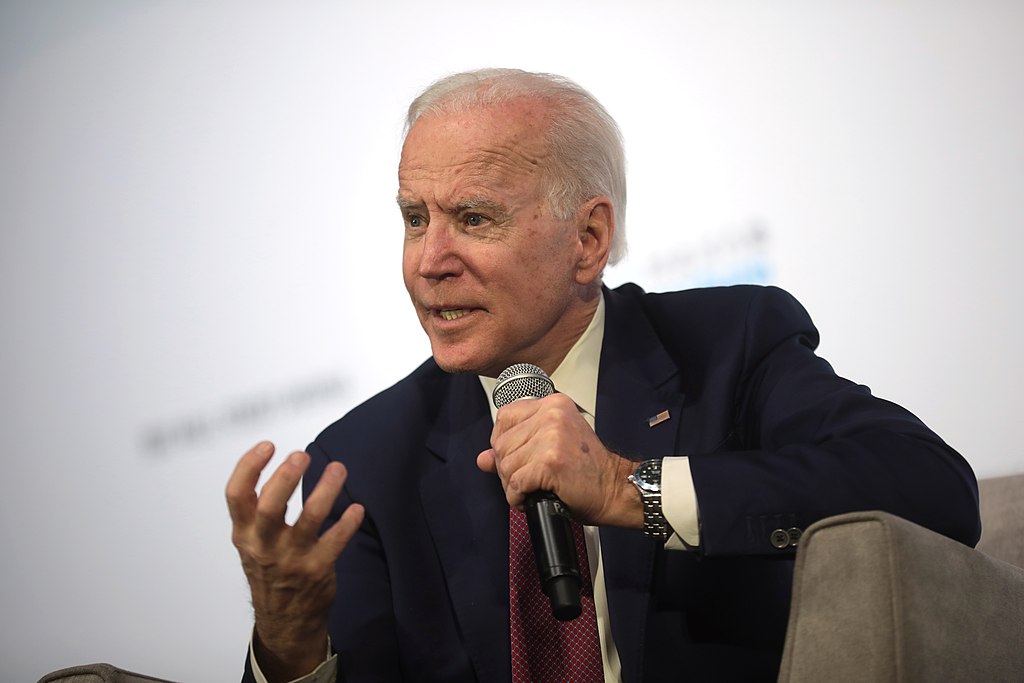 Former Vice President of the United States Joe Biden speaking with attendees at the Moving America Forward Forum hosted by United for Infrastructure at the Student Union at the University of Nevada, Las Vegas in Las Vegas, Nevada, February 2020. Photo by Gage Skidmore via Wikimedia Commons

A Mea Culpa of my Priors

I should start this essay by saying I am a terrible, unreliable voter for the Democrats.  Progressive culture is led by people who I find mostly vapid and annoying.  This is particularly so due to a vocal minority’s embrace of utterly bizarre racist and sexist theories from the academy.

Nevertheless, my policy preferences are basically liberal.  I am (reluctantly) pro-choice, (highly) skeptical of war, and pro-civil liberties. I favor investment by the state in infrastructure.  Economic policies should prioritize the interests of working people over big business and high finance.  ‘Human centered capitalism‘ appeals to me.  So does reassessment of trade and immigration policy to make sure it puts the citizens first.  I think anthropogenic climate change is real and a serious problem.  I want the ACA built on and improved, not scrapped. Histrionics about guns may strike me as irrational but out in public I wear the damn mask.

Voting for the GOP at the federal level in its current incarnation is unthinkable for me.  Their only consistent priority is cutting taxes and degrading our already outdated support systems.  They do not take my interests or the interests of people like me seriously, and as best as I can tell are in complete denial about the challenges our nation faces.  Yes, I voted for Larry Hogan, but he is fairly characterized as an outlier among his own party.

Still, I inevitably find myself disappointed with every Democrat I vote for.  This isn’t because my expectations are too high.  It’s because the party puts the lowest priority to those issues where my stances most overlap with the platform.  Given the choice between pandering and pushing the ball forward on meat and potatoes issues they almost always pick the kente cloth.  Almost.

So why vote for Joe?  He’s a perennial also ran.  A creature of the party, who rarely leads and mostly follows.  He’s low on principle, high on flip flopping with the zeitgeist, and comes with par for the course baggage of decades in politics.  In short, he is a normal politician.

And that’s exactly why I want him to win.

America’s system is set up to deal with normal politicians.  While Biden will do all of the things that annoy me, there is little question that he can be held accountable through normal processes.  He may not be Konrad Adenauer but he is too old and parochial to be an ideologue. He can be steered by public opinion and his instincts are towards consensus building, not purity tests.  That combined with long experience in hypocritical, insider legislative dealing make him the best channel for kicking the ball forward on the infrastructure and investment America sorely needs.  That is not a guarantee it will happen.  But the alternative is a guarantee it won’t.

The Truth is in the Muddle

I’m sympathetic to many cynical takes about how broken our system is.  However, that cynicism also applies to the alternatives, and liberal democracy is in fact the only game in town.  Keeping it running, warts and all, but with a chance to nudge it in the right direction, relies on politicians like Biden.  In that regard he was far superior to the competition in the primaries, all of whom suffered from some combination of too little experience, too much ideology, and a dearth of human touch.

I urge other disaffected cynics to vote for him, in all his terrible baby kissing, hair sniffing glory.  Not because you will like him.  But because you can dislike him in a way that keeps this leaky, creaky two and a half century old ship meandering forward.