You Do Not, In Any Way Shape or Form, Have to Hand It to Jeffrey Toobin 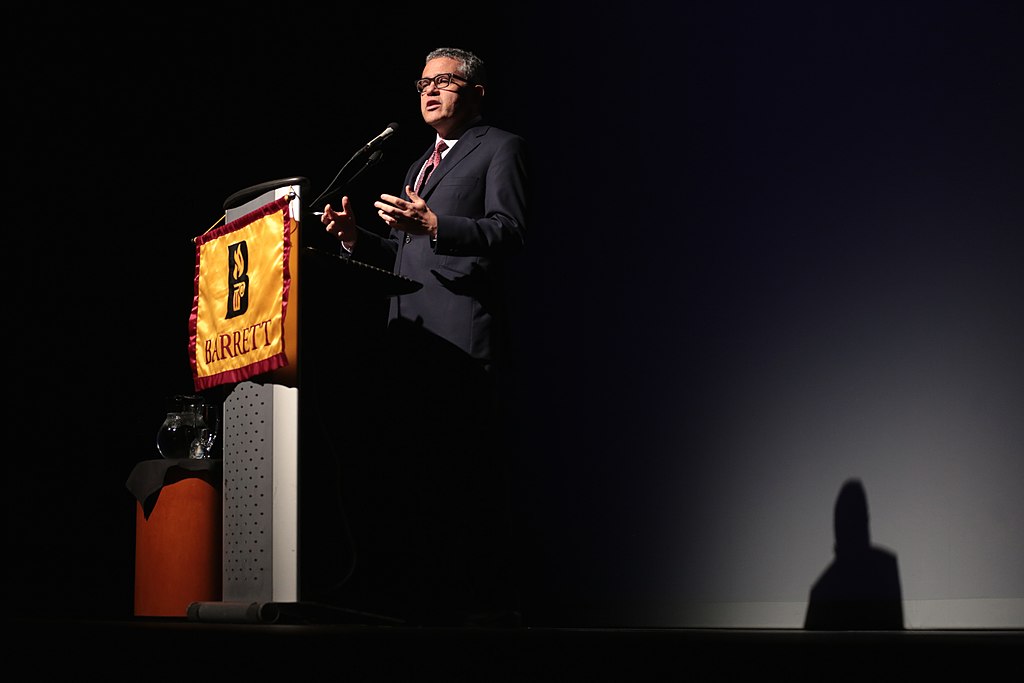 Jeffrey Toobin, apparently fully clothed, speaking at the 2017 John J. Rhodes Lecture hosted by Barrett, the Honors College at Arizona State University at the Tempe Center for the Arts in Tempe, Arizona.
28 February 2017. Photo by Gage Skidmore via Wikimedia Commons

Those of you who aren’t Very Online may be unaware of a scandal that hit CNN and New Yorker legal correspondent Jeffrey Toobin. The New Yorker and WNYC radio were conducting a Zoom rehearsal for their election night coverage. Toobin, during a break in the proceedings, was seen naked and … uh … rapidly hitting the refresh button, if you know what I mean. He’s been suspended from his job and claims that this was an accident that occurred because he didn’t know the Zoom session was still going. The internet had some fun with it but quickly moved on.

I considered posting on it at the time but didn’t want the members of our commentariat to get too excited. After all, we’ve lived in the Age of Zoom for seven months. We’ve seen people accidentally stand up to reveal that their sharp suit and tie was paired with basketball shorts or that their business casual ended at their boxer briefs. There was even a reporter who did a morning report from her bathroom and inadvertently1 revealed her husband2 in the shower. I have multiple Zooms a day and live in mortal terror of accidentally walking out of the shower to see I left the camera on. It’s why I make sure I’m always wearing at least shorts, even when I’m not using video.

But then, just as the story was about to fade away into the latest five minute cycle of outrage came the takes. And … my God, the takes.

This might be the closest I ever get to an “I am Spartacus” moment. #MeToobin

When Occam’s Razor suggests someone humiliated himself through a combo of technological error, pandemic circumstances, bad judgment, & bad luck, it seems like we should react w/ empathy, politeness, & forgiveness, as we would want to be treated, rather than punitive mockery

I actually do hate to dunk on Conor, who is one of the most incredibly fair people in media. But I think his fairness is blinding him to the reality that we don’t have to show a lot of sympathy to a preening media figure who humiliated himself. A few Twitter jokes are not going to fatally sear Toobin’s soul.7

Jeffrey Toobin has been sidelined at a pivotal moment in the run-up to the presidential election. The reason: He exposed himself during a Zoom call with New Yorker colleagues in what he says was an accident. Here’s our full story https://t.co/pHHNURlxnR

Sidelined during a pivotal moment? Heavens to Betsy, what will we do without Toobin’s takes?! Dozens, maybe even single digit viewers will be saying to themselves, “God, I wish I knew what Jeffrey Toobin thinks of this!”

It’s not like CNN has a shortage of talking heads to run out, some of whom8 would be more persuasive and none of whom would have to periodically stand up or wear bright orange pants to assure us that they are fully clothed. And it’s not like anyone’s mind is going to be changed by those talking heads. But, you know … sidelined.

Re: Toobin, unless something new comes to light, I feel like “now bosses will be emboldened to crack down on private things you do on the clock” is the more threatening precedent here than “now people will think it’s fine to jerk off at work”

As with Conor, I think Natalie is saying the right things about the wrong incident. There are real concerns about how employers are intruding themselves into our private lives and punishing private behavior. And the shift to work-from-home has only exacerbated that by blurring the line between the private and business even further. But no, punishing someone for a little manage a moi during a business meeting is not intruding into someone’s private life. It’s keeping someone’s private life from intruding into other employee’s private lives.

But by far, the worst take had to come from the New York Daily News and Jonathan Zimmerman.

So let’s suppose Jeffrey Toobin had been caught on camera having sex with a partner instead of touching himself. Would he be the most mocked man in the United States right now?

I’m not sure why this needs to explained to anyone, but banging someone in the middle of a Zoom business meeting isn’t acceptable either. It would show a staggering lack of judgement on behalf of at least two people9 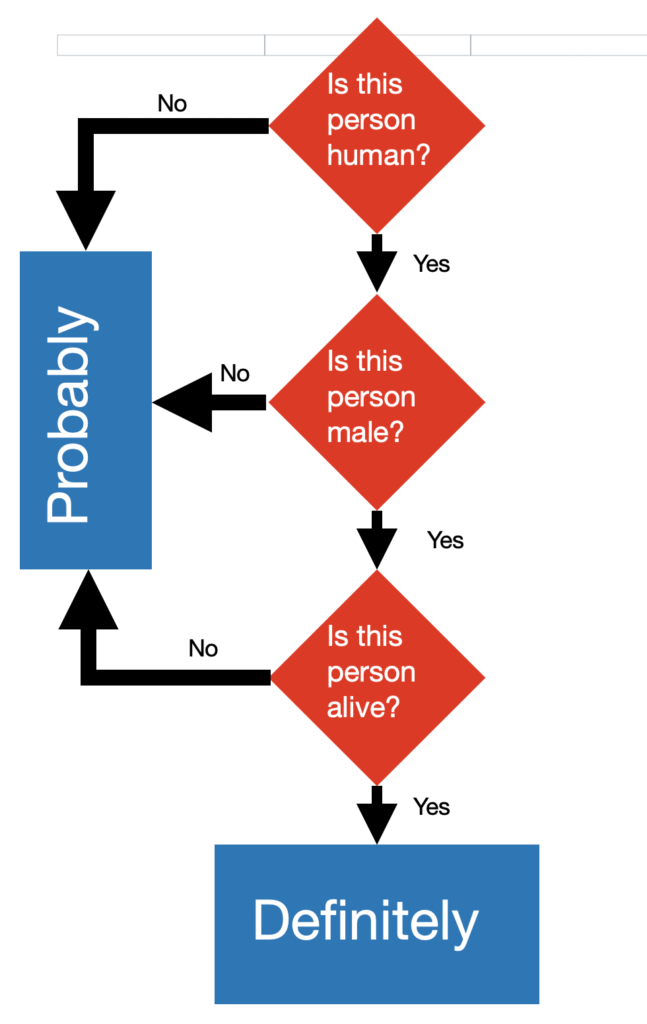 Jokes about masturbation are not wrong in any sense of the word. They are funny for the same reason that sex jokes are funny: human sexuality is an odd, crazy often disconcerting thing. It is one of the most fundamental aspects of the human experience10. Yet it is still something of a mystery to us, both scientifically and emotionally. It taps into powerful deep needs and desires. It can be dangerous or thrilling (or both). It still has strong taboos around it — some reasonable, some unreasonable. Our sexuality has a tendency to peel away our veneer of respectability, education and culture and reveal us for what ultimately we are — just another set of primates driven by millions of years of evolution to make more primates as frantically and as often as we can. Nietzsche wrote “the degree and kind of a man’s sexuality reach up into the ultimate pinnacle of his spirit.” Humans respond to that sort of thing with awe and wonder. But we also respond to it with silliness, humor and laughter. Because that’s the way we are. We may be animals, but we are animals that laugh. And there is nothing we laugh harder at than ourselves.

So, no, making jokes about this isn’t unusual, unexpected or wrong.

But … holy garbanzo beans is this the wrong incident with which to start this discussion. Toobin isn’t being fired for doing a bit of five-finger shuffle. There’s nothing wrong with that. He’s being fired because he was stupid enough to do it in the middle of a meeting. Even if we were to scour from our society the stigma surrounding “subscribing to the New York Daily News”, this would still be wildly unacceptable and likely sexual harassment.

But why the resolute focus on this celebrity? The answer has to do with his particular transgression, of course. Toobin previously fathered a child with a mistress, which generated a few gossip columns but was quickly forgotten after that.

“Fathered a child with his mistress” is an awfully rich euphemism for “slept with the young daughter of a friend, stupidly got her pregnant, pressured her to have an abortion, then denied paternity until his deadbeat dad ass was dragged into court.”

(Elders made a guest appearance on Penn and Teller’s BS show on Abstinence Education, which addressed this subject in a much more enjoyable, humorous and racy way. She sounds a lot more reasonable and even funny when she’s not being filtered through a Right-Wing media machine.)

If someone else has gone Toobin’ during a Zoom session, they probably would have been fired. Not “fired until everyone’s forgotten, and we need some commentary on a SCOTUS case”. Fired for good. Sans firing, they would certainly have endured a humiliating disciplinary proceeding. In really bad circumstances, they might even have had the cops called on them. All Toobin’s had to endure as a punishment for publicly tooting his own horn is a little internet mockery and a temporary disappearance from the public airwaves13. Within months, he will be back on the airwaves, making incorrect assessments of legal cases and making hysterical predictions like Roe v. Wade will be overturned by the end of 2019. If he’s an object lesson in anything, it’s how a little fame, an ability to tell people what they want to hear, and a glib tongue will buy you the privilege of surviving something like this with your career intact.

People make mistakes. But the way we move on from those mistakes is to take our lumps, apologize and learn from them. I can’t peer into Toobin’s soul and know if he’s learned anything from this.14 But hopefully a lot of other people have. And maybe that will result in one less person having to watch a co-worker furiously working on a hot take.

That’s worth a few jokes at Toobin’s expense, isn’t it?