If Democrats are Going to Pack the Supreme Court, They Might as Well Go Big 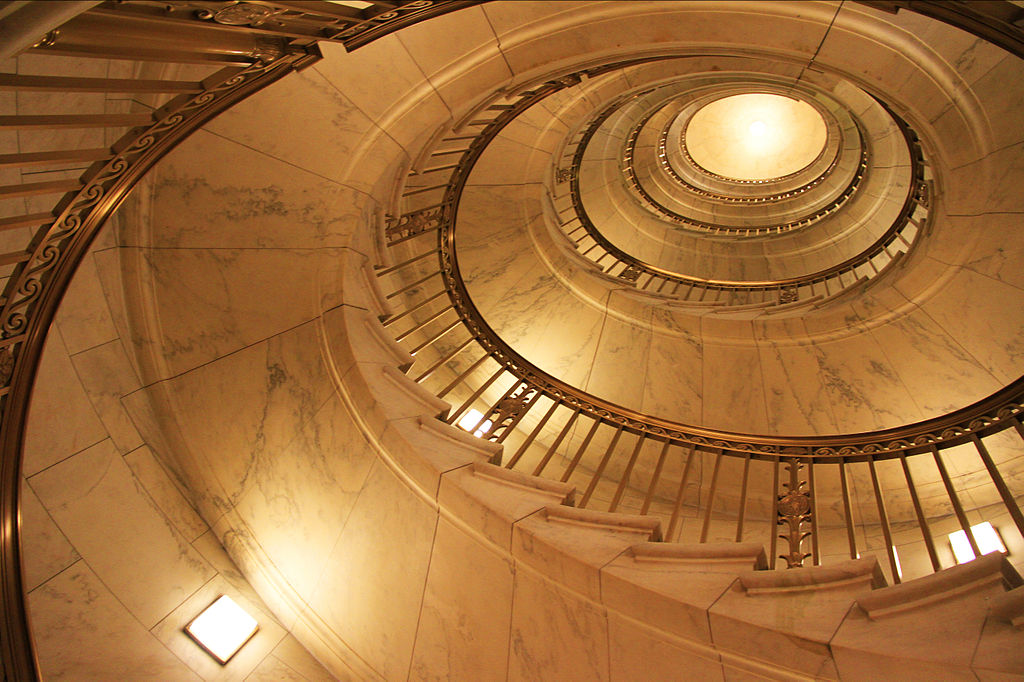 Staircase inside the Supreme Court of the United States, 16 July 2013. Photo by Ingfbruno via Wikimedia Commons

The Senate held confirmation hearings for judge Amy Coney Barrett to be the next Supreme Court justice last week, and barring any last minute surprises, Barrett will be confirmed to the bench sometime next week, giving the conservatives on the Court a 6-3 majority. There is little Democrats can do to stop the confirmation, but many have stated their desire to increase the number of Justices on the court if and when Joe Biden is elected president with a Senate majority. Biden, for his part, has been hesitant to publicly commit to a position on whether he would pack the court, but has signaled that it would be an option depending on how the Barrett confirmation proceeds.

So let’s say that Barrett does get confirmed as everyone expects, Biden wins the presidency with a comfortable Senate majority, and he decides that yes, it’s time to pack the Court because this time the Republicans have gone too far. How many new justices should Biden and Senate Democrats add to the Court?

(Let’s assume that whatever number they end up with, Democrats will add an even number of seats so that the number of total Justices remain an odd number.)

Democrats have defended their desire to pack the Court based on their sense that Republicans haven’t been playing fair when it comes to judicial nominations. They cite the different justifications Republicans have used for their actions after the Scalia and Ginsberg seats opened up, seeing the Republicans as hypocritical for holding the seat open when Scalia passed away while rushing to fill the seat in a much shorter time-frame with Ginsberg. If the goal of Democrats is simply to correct Republican hypocrisy, then the number of seats they should add to the bench is two. Had Republicans followed one set of rules for both situations, conservatives on the Court would have a 5-4 majority. If Republicans had allowed the Merrick Garland nomination to go through while also confirming Barrett, or if Republicans had consistently held both seats open until after the election, the Court would have ended up with one new conservative and one new liberal (assuming Biden wins). Appointing two justices would restore the one seat disadvantage liberals would have had on the Court if Republicans were playing fair.

And yet this is an unsatisfying and unacceptable result for Democrats (and one which some Democrats fear might be what Biden wants). There are at least three problems with this. One is that in a game of tit-for-tat, the worst move is to only undo what the other side did and no more. This signals to the other side that they can bend the rules with no penalty. Two is the obvious, that the liberals would still be in the minority on the Court. I’m of the opinion that Democrats wouldn’t pay much of a political price for packing the Court (most voters don’t care about procedure), but they might pay a small price in certain Senate races in 2022 which could be the difference. Three is that once the Democrats do this, the Republicans could also do this in a future administration. Adding only two seats has all the costs and gives Democrats none of the benefits.

What about four seats then? This would give the liberals a 7-6 edge on the Court. But a one seat advantage is very tenuous, especially when you need seven justices to vote the same way. The four new justices will all be liberals of one sort or another, but they won’t all have the same judicial philosophy and invariably one of them (or one of the current liberal justices) will side with conservatives in one case or another. Another of the Democrats’ complaints when it comes to fairness is that they have gotten more votes for president in 6 of the last 7 elections (and Biden looks certain to get more popular votes no matter what) but will end up with only 3 of the 8 Justices appointed during this time still on the Court. It will not seem right that despite getting more votes in practically every election in the last three decades the legislation Democrats pass will still periodically get overturned.

The optimal move for Democrats then is to add six seats to the Court. This would give them a solid 9-6 advantage, which should ensure a favorable environment for new legislation from the Democratic Congress for the foreseeable future. If there is any political price to be paid for adding any Justices to the Court, Democrats might as well reap the maximum benefit.

Counterintuitively, I also think it would be harder for Republicans to retaliate once they re-attain power if Democrats add six new justices, compared to two or four. Fifteen is a good number of Supreme Court Justices to end up with. Unlike eleven or thirteen (or seventeen or nineteen), fifteen is a round, aesthetically pleasing number. I don’t think it’s a coincidence that FDR also wanted to end up with fifteen Justices, or that fifteen dollars an hour is the number progressives decided on for a minimum wage. Aesthetics matter!

On a practical level, it would also make it more difficult for Republicans to pack the Court back in their favor. The more Justice Democrats add, the more Republicans have to add just to break even. If the Democrats were to add six new Justices, Republicans would need to add at least four Justices just to regain a majority. There is a point where beyond a certain number of Justices the Court would lose legitimacy in the eyes of the public and also would become a logistical nightmare. Fifteen seems like the maximum number that seems reasonable. Just imagine Republicans arguing with a straight face that there needs to be nineteen Supreme Court Justices. (I mean, they will, but nevertheless…)

If Democrats follow through with their aim of packing the Court, six new Justices seem the way to go.