Caterwauling, Or Monologues From The World’s Greatest Deliberative Clownshow 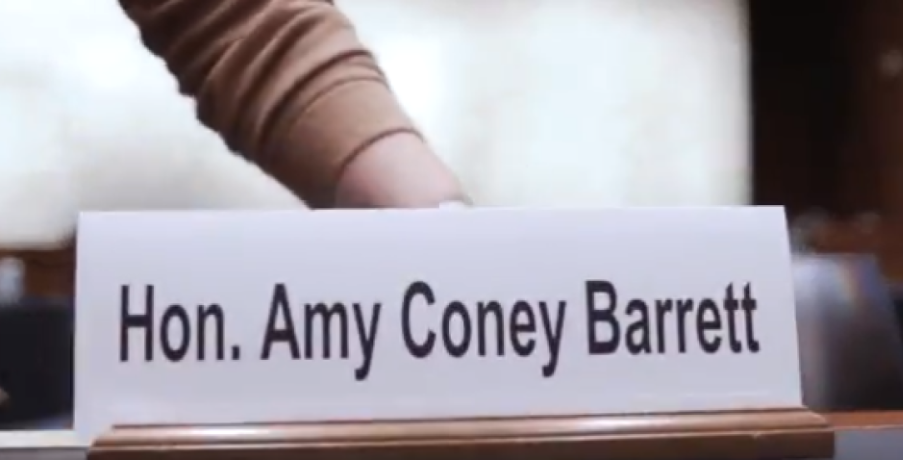 “Ancient Rome declined because it had a Senate” quipped Will Rogers. “Now what’s going to happen to us with both a Senate and a House?”

I know what will proceed whatever it is fate has for us, at least as far as the United States Senate is concerned: monologuing.

Yes, the self-styled “World’s Greatest Deliberative Body” had the full attention of the political world today and spent the better part of 6 hours monologuing. You know monologuing, the habit of someone to go on, in detail, whether you want them too or not, about their plans and motivations for doing whatever it is they are about to do. The worst part of monologuing is that you already know everything the monologuer is going to say, but are compelled to sit through it anyway. Which is why it was a plot device/send up back when the original Incredibles movie came out.

Thus, we come to today’s senatorial festivities, mistakenly titled The Senate Judiciary Committee Confirmation Hearings for Amy Coney Barrett’s Nomination for the Supreme Court. What it actually should have been called is Banality of the Damned.

I wondered if a learned person, with more letters of achievement after their name than I, could gussy up the phrase “We’re screwed” into something more mellifluous to describe how we are currently governed. What a rogues’ gallery sits on the Judiciary Committee dais. I question whether some of these folks should be unsupervised, at least should be required to be attended by a responsible adult, let alone sitting in inscrutable seats of power. Amy Coney Barrett, whose confirmation hearing this is supposed to be, mostly sat staring straight ahead while senator after senator orated their “opening statements”, a criminally tortured bit of nomenclature for the wholly predictable monologues the senators gave. At Length. Whether we needed them or not.

And most of it had nothing to do with Amy Coney Barrett.

The memos for both sides had clearly gone out. The Democrats steered far away from faith, while almost every single Republican senator managed to work it into what seemed like every other sentence. Republicans had several answers, but not a single overarching one, for the Democrats’ slew of reasons to not have the hearings… except for the most important one: the majority of the Senate and the White House. If you didn’t know it was a confirmation hearing for a Supreme Court Justice from the screen graphics, you could have mistakenly thunk it was a hearing on healthcare, since it was the only other thing most of the Democratic lawmakers talked about, other than the legitimacy of the process. Covid-19 was everywhere in the hearing, whether mentioned or not, from the odd layout to meet social distancing requirements, to the video-only participation of several of the senators.

And if you follow politics at all, you could have predicted with a high degree of success what each and every one of them said in their statements.

These opening statements are a colossal waste of the American people’s time. Over five hours of pointless, repetitive monologuing for the sole purpose of making the monologuer look great, get soundbites out, and further their own political goals. Appointment to this committee is valued for that very thing. It is not by accident someone like Senator Kamala Harris, who appeared during the last SCOTUS confirmation hearings as a prospective presidential candidate, is now asking questions as the nominated vice presidential candidate for her party. The lights shine brightest for the senators during these events, and the unusual occurence of three Supreme Court vacancies in one presidential term has really brought the process to the fore. Add in President Trump being the partisan lightning rod that he is, and the changing balance of the Supreme Court, and you have a political singularity that swallows up nearly everything else going on in Washington.

Which is why these televised hearings have turned into such a circus. Our representative form of government has labored to produce one of, if not THE, most worthless congresses in the history of our country. While the judiciary and executive rightly deserve plenty of blame, there are threads of congressional failure in almost every strand of problem currently afflicting our American endeavors in governing. What’s worse, in the modern information age, the attention of public hearings on such an important issue has become the ultimate high for senators otherwise forced to settle for talking head shows to get the adoration of the broadcasting lights. Thus, they shuffle onto the dais, looking to tap into that exhilaration of showing the world their brilliance, of going viral with their rhetorical might, of using their position above all others in the room to lord over the issue of the day. They take all their political self-righteousness, twist their talking points into a tight roll, wrap it around their arm, hold it in place with their teeth, and shoot up a hot load of self-importance. The lights and cameras wash over them like a great high, and for that moment they are no longer just one of 100 senators; they are the center of the political universe. Where forth art thou, Copernicus, when we need you to explain to these gaseous orbital bodies that they are not, in fact, the center of the universe.

It is a gag inducing spectacle of dull. The greatest experiment in the history of mankind of a free people self-governing is crumbling from within because we can’t be bothered to elect functional adults to the World’s Greatest Deliberative Body. Folks who are content to do the job they were elected to do. If they would do that we would still tolerate most of their par for the course corruption, incompetence, and ambition to higher office that they almost certainly will never achieve. We aren’t asking for a miracle here, just to turn the monologuing from a 9 down to about a 6 or so.

But, with yet another of the “MOST IMPORTANT ELECTIONS OF OUR LIFETIME!!!!” looming in three weeks, that isn’t going to happen. The bandwidth sponge that is President Trump will dominate everything done here. Since the outcome is not in doubt, Amy Coney Barrett could be a scarecrow for the first day of hearings, seeing as her only purpose there after her appreciatedly brief opening statement was the couple hundred cut-shots to show that she was, in fact, present. Half the dais is convinced they will be the president come 2024. The other half that have let go of that dream think they are super duper special in their own ways.

So we will not get a detailed discussion on judicial philosophy except in small and mostly accidental bursts. We will not be getting a detailed summary of how someone who could potentially be on the Supreme Court for decades processes the Constitution and precedent. We will get days and days of more monologuing, except they will put a slight effort into making it sound like a question this time around. Hopefully we won’t get any soliloquies on playing devil’s triangle or Olivet Discourse-like defenses of beer drinking that occurred last time. We will get days and days of the same old, highly predictable, utterly self-serving preening from the senators of the Judiciary Committee.

But we deserve it. We’ve tolerated it, elected those who do it, failed to correct their behavior, and now have to live with it. In allowing a dysfunctional congress, one of the root causes of the Supreme Court’s outsized and frankly dangerous level of importance in the first place, we’ve already sown the seeds for all sorts of future trouble. And the future is now. You can hear all about it; our betters in the senate are chomping at the bit to tell you all about it. If you can stand all the monologuing.