The Unbearable Lightness of Veeping 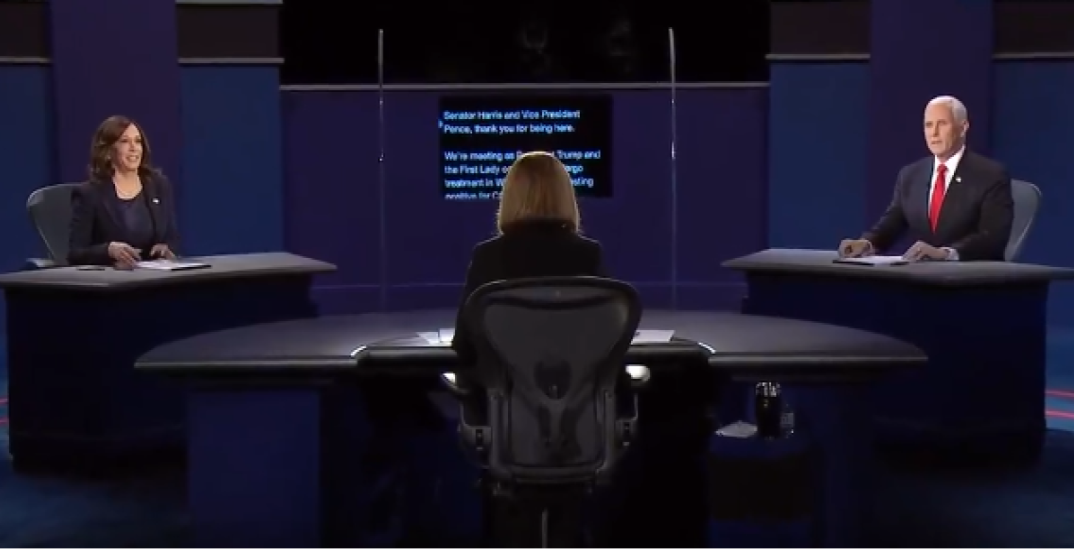 They used to open the improv comedy show “Whose Line Is It Anyway?” with “welcome to the show where everything is made up and the points don’t matter.” That line kept running through my head over and over again watching the one and only Vice Presidential debate last night between Vice President Mike Pence and Senator Kamala Harris.

Everything wasn’t made up, of course. The issues are real, and in many of the cases of the utmost importance. They were physically sitting there, 12 feet and two layers of plexiglass between them, something we will apparently not be getting at the next varsity team debate. But the entire feeling of this JV debate was one of points not mattering. VP selections and debates rarely change much if anything in a presidential race. While folks will have a litany of reasons why this time is different, it is doubtful. Michael Pence was pulled out of a political career in Indiana that was entering an opportunity cul-de-sac to bolster then-candidate Donald Trump’s conservative and evangelical base, a decision the now president was so confident in he had to reportedly be talked into not changing his mind. Senator Harris was soundly rejected by her own party in the primaries, despite a promising start and quite a bit of establishment support, and her campaign for 2020 election didn’t even make it into 2020 the calendar year.

Which is the real story of last night, and why that line of “made up and points don’t matter” dogged the proceedings while watching them. Breaking down the ins and outs of this debate, far more traditional than last weeks goat rope of an affair by these running mates’ principals, but that’s of limited meaning and returns. Not even twelve hours later, this debate is already getting big footed out of the news cycle by the next presidential debate that may or may not happen now. This was 90 minutes of television role-playing. Both want to be president themselves, both are yoked to others whom they — in their own minds — think are lesser candidates than themselves. They are both ambitious, experienced politicians who have to play the game of good soldier number two for their number ones regardless of all other matters because their entire future now depends on it. They both tried to walk various tightropes between their own pasts, their principals’ present, and their own imagined electoral future.

As for the actual debate it, was about what we expected. VP Pence only has one gear, monotone drone, and it works in formats like this to keep any big moment from really manifesting. His constant overrunning of his time and talking over both Senator Harris and the moderator sure felt purposeful and planned. His digs at the media in general also seemed preplanned, but Pence is not Trump and his more Trumpian canned lines always fall uneven. Senator Harris was better than her rather uneven performances in the Democratic primary debates, but still has some things to work on for her own inevitable second run at the big chair at the end of Pennsylvania Avenue. She did exactly what the number two on a ticket with a lead should do: nothing to make major headlines and mess it up. Neither did particularly well in answering the questions that were asked when they were asked in the allotted time for said questions to be answered. They were both more polite about it than their bosses but it was clear from the get-go both would be steamrolling the format and moderator at will to get their points in.

So did the one and only VP debate change anything? Probably not. If you’re Team Biden, that’s a good thing, since you are currently winning by all available metrics. If you’re Team Trump, you needed the bleeding of bad news cycles and last week’s dumpster fire to stop and get back to some discussion of things that would go in your favor. If you are like most folks, you were on social media discussing the fly. Such was the undeniable charisma exuding from Salt Lake City that a random Endopterygota hijacked the whole thing for a good five minutes.

Mostly, folks will leave this debate the way they came. Your social media timeline before will be mostly unchanged after. There was nothing here that hasn’t been said somewhere else by someone else. We checked a box off on the list of things to do electing a president, and we did it in workman-like fashion. Maybe this was a preview of a future debate where they are not the seconds but the heads of tickets, which both of them clearly want. It may be a minority opinion, but I doubt either of these folks become president on their own in the future. But if they do, then maybe this is a moment folks look back on as important.

But until then, it felt mostly made up, and the points don’t really matter.