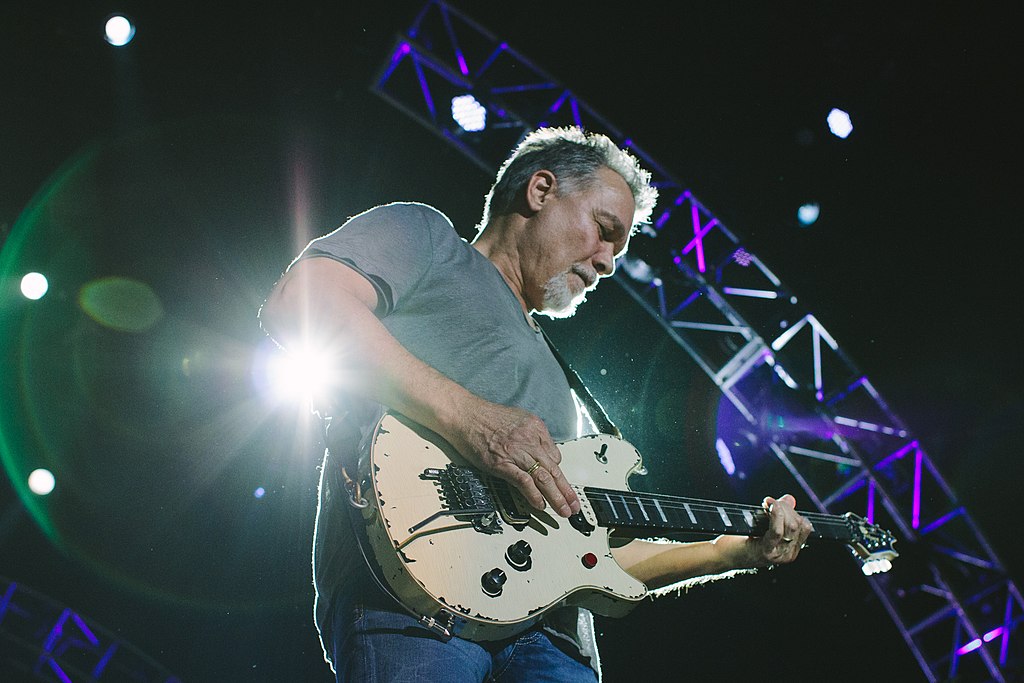 Maybe it’s my age, or the season of life I’m in, but my immediate reaction to the passing of Eddie Van Halen was not the millions of records sold, or dozens of songs I could instantly recognize, or the seemingly endless amount of catchy riffs that magically manifested somewhere between his fingers and the fret board of his guitars.

Wolfie being Wolfgang Van Halen, son of Eddie and Valerie Bertinelli and the bassist in the family business for the last 13-odd years. It was Wolfgang’s Twitter account that announced to the world the sad news of his father’s passing. Shocking at first, but the cancer that killed EVH had been a battle fought for almost twenty years on and off. It was to Valerie’s award-winning cooking show, a Sunday morning staple in my house, that my thought drifted. Where over the stove of whatever-it-was she was making she was talking about Wolfie and how him working with his dad had made both of them happier than anything else, and there was nothing that could be better for either of them. It was a typical mom moment, a typical human instinct, something so relatable. A mother’s pride. A father and son, the older master apprenticing the younger in his chosen craft. The young boy growing into a man while working with his father and uncle under the banner of the family name. Tradesmen have done so for millennia. It just so happened this trade, and family name, and mastered craft from two boys born in The Netherlands before erupting upon the music scene in 1970’s California. A trade that was still going strong with the infusion of the next generation until death finally called a halt to it.

And like all such stories, the reason for passing on that craft is someday made all too painfully, permanently obvious with that death. Time and tides stop for no man, and knowledge not passed down is lost. Well, pre-internet and printing press knowledge anyway. We will have 40+ years of audio, video, and other media of Van Halen that will be around as long a music is. The magic of technology is that some baby born today, on the day Eddie Van Halen shuffled off his mortal coil, will grow up to be a huge Eddie Van Halen fan. Guitarists will always have that influence, and music fans will always have that music.

Which is why my first thoughts didn’t go to the music. The music will be fine. That sort of titanic legacy is secured. We can pull up Eddie Van Halen at will at the touch of a button or a request of smart technology. But Wolfie doesn’t get that option with his father. To train and work along side a master who is also your dad is once in a lifetime thing. To play rock music in front of millions as part of the family business is a once in a 1000 year thing. To mourn your own father, who millions knew but only you lost in the way a son can, is something intensely human that no amount of legend, or fame, or fortune can exempt you from. I watched my own father take care of his father in the last days. I dread it with my own father some day, and as Wolfie said in his tweet, you can’t believe it when you have to come to grips with — to your inner child — immortal dad being mortal after all.

We lost a legend, the world lost a genius, but Wolfie lost his dad. Let us all mourn what we have lost, but then be thankful that with that much music, Eddie Van Halen will never really be gone at all.