Between Nagorno-Karabakh and a Hard Place 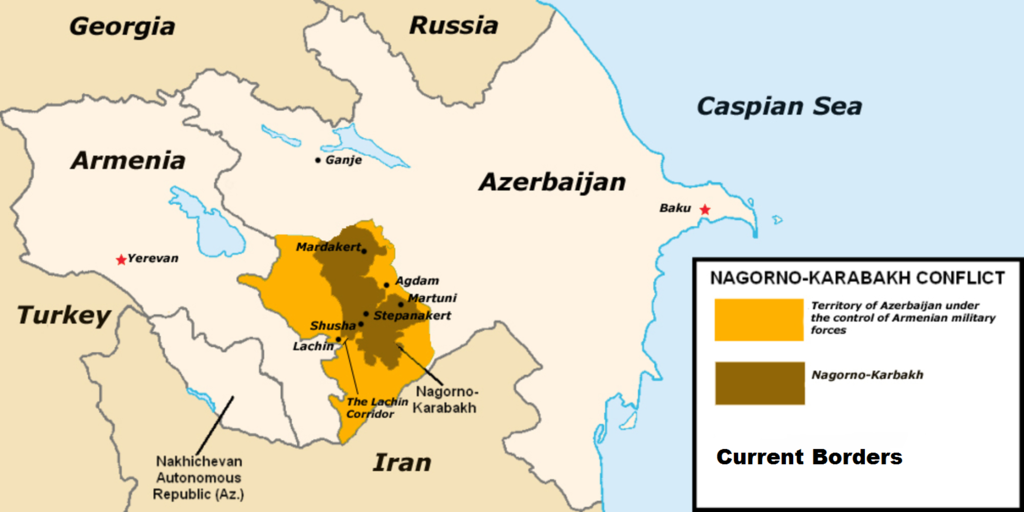 Armenia and Azerbaijan are quarreling over the disputed autonomous region of Nagorno-Karabakh, or the Republic of Artsakh, bordering the two small countries near the Caspian Sea. It would appear, to a novice, that this is just another insignificant conflict that will have little to no impact on the world. But in fact, it is as much about the periphery regional and global actors as it is the two small nations.

This conflict could mushroom into something that drives more refugees into Europe, benefiting regional powers like Turkey, allowing global powers like Russia to expand their presence in the global security market, and devastating European countries along the Mediterranean coast, namely Greece.

Greece's government cautiously welcomes a plan from Brussels to reform the EU's shaky asylum system, but charity groups working with refugees on the ground have blasted a continued "outrageous containment policy" https://t.co/kaCnC1mpre pic.twitter.com/w5j9CbKmK6

Agence France-Presse flashed this across the Twitter wire. Images surfaced of asylum seekers in Greece rioting after burning their own refugee camp, Moria, to the ground last week. It may seem like the same old distant muffled roar of the 2015 migrant crisis when millions of people from the middle east and North Africa started to pour onto European shores, but that is not the case.

Greece, which is at the center of the Moria protests, has accepted a tentative deal passed down by the European Union, seated in Brussels, to accept the some-odd 10,000 twice-displaced individuals. First displaced by war, persecution and lack of economic prospects; most recently, displaced by the hands of some of their fellow asylum seekers who set the camp on fire. Greece has no choice but to accept this deal.

With a retrenched America, Greece’s choices are either play ball with Europe, face dealing with an increasingly aggressive Turkey on their own, or worse yet rely on the Russians.

Turkey has many moving parts in this old and storied region. Ankara has an exalted place in NATO as the most powerful member, save the original World War II Allied construct of America, England, and France, but is at odds with European Union over EU membership and refugees. There are even reports of Turkey sending hardened jihadis fighters from Syria to Azerbaijan to fight the Armenians. Turkey’s moves are bold and increasingly fly in the face of American interests as they seek to fill the void being exposed by America’s recalculated retreat from its prominent role as sole global stabilizer.

Russia is Russia and is continuing to expand their presence in the global security sector. Recently, Moscow and Ankara clashed in Libya, the second proxy front for Russian-Turkish tensions after Syria, and had to limp away from supporting the Lybian National Army (LNA). As we now know, Moscow has now reevaluated the spread out proxy conflict and focused its regrouping on Armenia.

This is all while America stands petrified by a bug and distracted by a circus of political theater. Something that a few short years ago would have seemed benign or at the very least irrelevant has the potential to augment the current chaos, enveloping the globe furthering the balance to tip, careening the world into something from which it can’t pull back. It is a tense time and America may soon learn that inaction has its own set of consequences.

Issac Faulk is the pseudonym of a published and experienced foreign policy writer, currently in exile.