Election 2020: What Happens If Trump Dies? 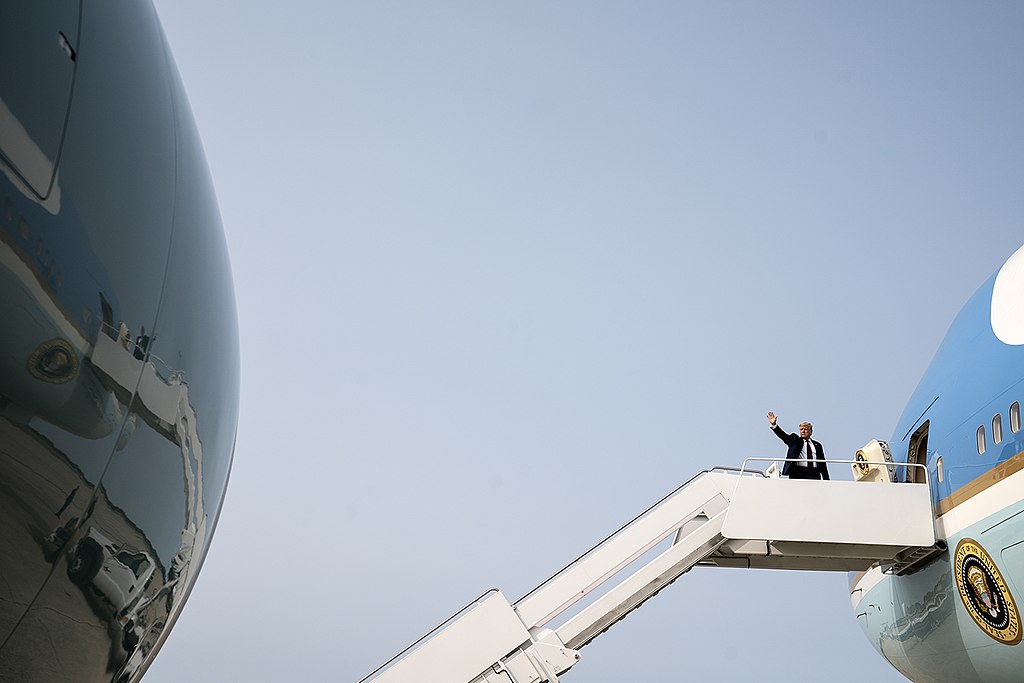 Trump is likely going to be fine. I doubt this will even have an affect on the election. But…

But what happens if Trump dies?

Does that mean Biden automatically wins?

Does Trump just get replaced with Pence?

What happens if Dead Trump gets more votes than Alive Biden?

Dead men do win elections. Most famously, Missouri Governor Mel Carnahan was in a neck-and-neck race with Senator John Ashcroft. He died, then he won. In that case, it created what was essentially a senate vacancy. Carnahan, having died, create a vacancy for the governorship that he held and the senate seat that he won. The governorship went to Lt Governor Roger B Wilson, who turned around and appointed Mel Carnahan’s wife Jean to the senate position.

Our presidential process, however, is less straightforward. As in the Carnahan case, it is simply too late to change ballots. So, it’s not a simple matter of putting Mike Pence’s or someone else’s name on the ballot. But the electoral college kind of comes to the rescue here, by providing an intermediary that can straighten out the messy situation.

The electors are chosen the same way as they always are. All the same laws and statutes apply. To pick an example, here are the applicable statues in Texas:

Sec. 192.005. VOTE REQUIRED FOR ELECTION. The set of elector candidates that is elected is the one that corresponds to the candidates for president and vice-president receiving the most votes.

And boom! There you go. The parties nominate electors, and electors are chosen on the basis of the party whose candidate wins the most votes in the state. If that’s Trump, then alive or dead it’s the GOP slate of electors that vote for the state. They will vote for whoever the party tells them to.

But how does the party decide? It turns out, the GOP has rules in place to handle this contingency (credit to Sarah Isgur for finding this):

(a) The Republican National Committee is
hereby authorized and empowered to fill any and all
vacancies which may occur by reason of death,
declination, or otherwise of the Republican candidate
for President of the United States or the Republican
candidate for Vice President of the United States, as
nominated by the national convention, or the
Republican National Committee may reconvene the
national convention for the purpose of filling any such
vacancies.

(b) In voting under this rule, the Republican
National Committee members representing any state
shall be entitled to cast the same number of votes as
said state was entitled to cast at the national convention.

(d) No candidate shall be chosen to fill any
such vacancy except upon receiving a majority of the
votes entitled to be cast in the election.

In other words, they got this. Presumably the Democrats have something similar, though in this case it’s Trump in the hospital.

But could the GOP force its electors to vote for whoever they nominate?

Can the electors, even if they want to, vote for someone who didn’t win the votes?

ANSWER KEY: Probably not, and Probably so

The delegates would almost certainly be free to vote for who they want, but they would almost certainly do what the party says. Electors are honorary spots given to loyalists. They don’t appoint mavericks. We have had faithless electors in the past, but they’ve done so with the full knowledge that they were not swinging the election. In this case, a lack of coordination could very well lose them the election. It’s critical that everyone is on the same page. Too many mavericks means it gets sent to the House. Right now, that actually still means a GOP president, but that is subject to change1. So, if the party says to vote for Pence, they’ll vote for Pence. Keep in mind, in this scenario, Mike Pence is already president.

Now, some of you may be recalling that the Supreme Court recently ruled that states can require that electors vote for the party’s nominee. Which in this case is Trump, isn’t it? Well, the Supreme Court considered that scenario in their ruling (Credit to Charles Fain Lehman for finding this):

The Electors contend that elector discretion is needed to deal with the
possibility that a future presidential candidate will die between Election
Day and the Electoral College vote. See Reply Brief 20–22. We do not
dismiss how much turmoil such an event could cause. In recognition of
that fact, some States have drafted their pledge laws to give electors
voting discretion when their candidate has died. See, e.g., Cal. Elec. Code
Ann. §6906; Ind. Code §3–10–4–1.7. And we suspect that in such a case,
States without a specific provision would also release electors from their
pledge. Still, we note that because the situation is not before us, nothing
in this opinion should be taken to permit the States to bind electors to a
deceased candidate.

So that base is covered. In fact, it’s possible that this could be used to require electors to vote for whoever the party tabs (by which I mean Mike Pence).

In short, everybody thought ahead for once!

But what else could happen?

Could state legislators get involved?

ANSWER KEY: Many things including a meteor strike, and Yes

Electors are picked by the state legislature. They could likely intervene at any point and determine that the electors just go for whoever23. There have been some allegations that Team Trump is trying to get the Pennsylvania legislature to consider it. Now, those dastardly Republicans may consider it, but in this case they wouldn’t need to. If Dead Trump wins, that means they won4. Would Democrats do it? I doubt it. I could imagine the thought being put out there if Biden were to win the popular vote but Dead Trump won the electoral college, but if they tried then Republican states would do the same thing and Republicans control more state legislatures. If they couldn’t succeed, they would not likely try.

Long story short, for such an ad hoc system that had existed as it was originally designed to, the system handles this contingency pretty well. The RNC planned for this, the Supreme Court considered it, and the Electoral College is flexible enough to work it out.

So now we can all wish Trump a full recovery, knowing that this cannot be used to change the outcome of the coming election.