{Ed Note: This comic contains depiction of African-Americans common to the era but no longer acceptable today. This is true of a couple dozen Briggs cartoons. The characterization of African-Americans was not on the whole especially derogatory (in some cases, it’s the most sympathetic character in the script) but the art styles of the day, as well as the word depiction, have not stood the test of time. I had to think long and hard about what to do with those, whether to post them as-is, censor them, or not run any of them. The ultimate conclusion I came to is that they would not run, or they would run in an altered form that captures the spirit of the original. Early instances of this included a disclaimer but I was not consistent about applying them. This one, however, slipped through unmodified. My apologies to anyone who was caught off-guard.} 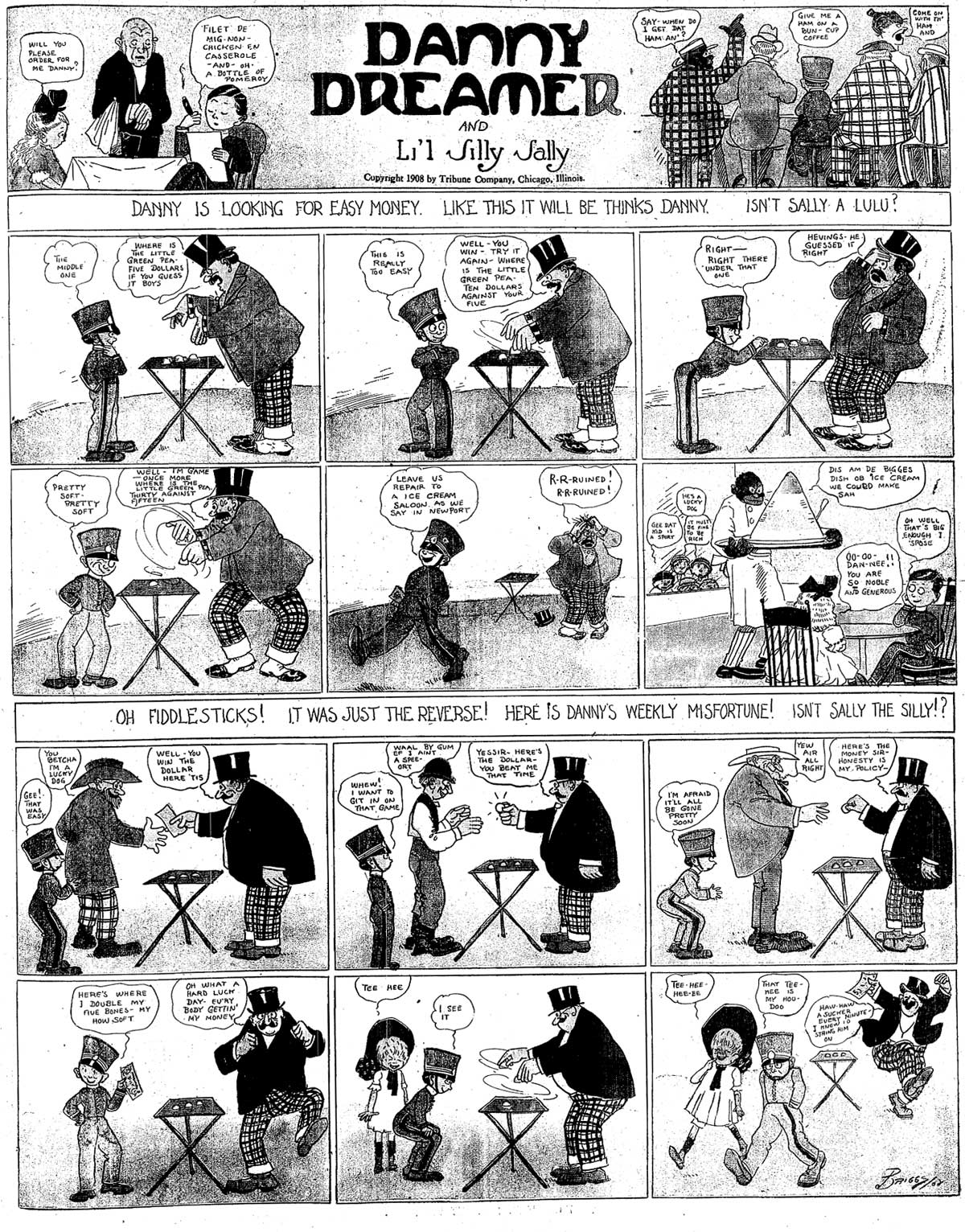