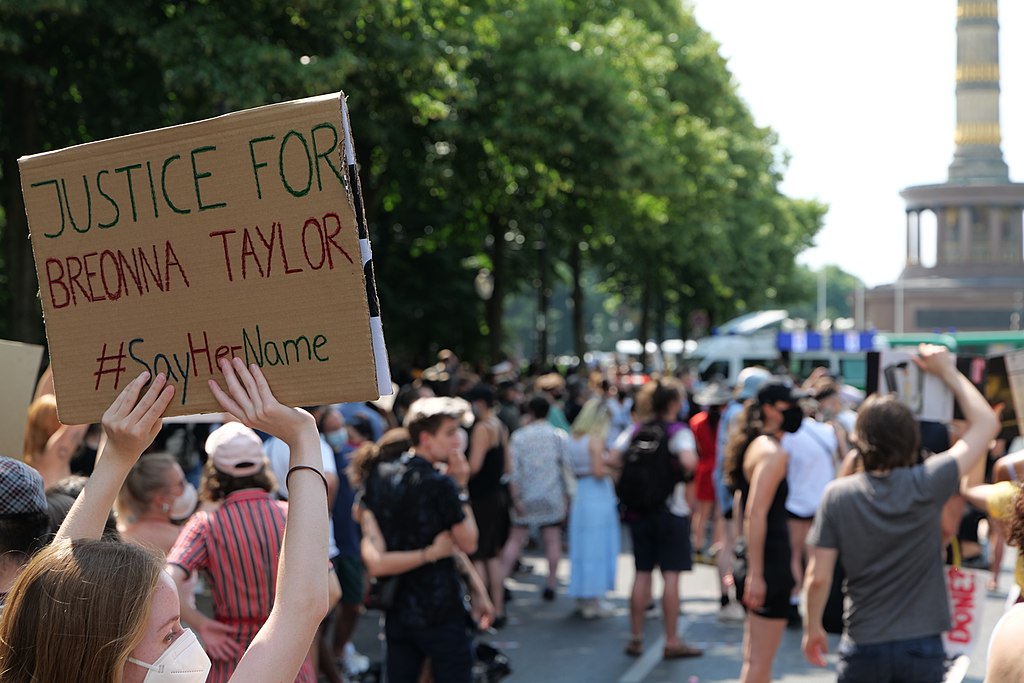 It would be hard to imagine how the official response to Breonna Taylor’s murder could be any worse than it was in the immediate aftermath of last week’s announcement that no officers were being charged in her killing. After all, prosecutors and Daniel Cameron (Kentucky’s Attorney General) announced that a grand jury had not indicted any of the officers that killed Taylor, although they had secured three indictments against one of the officers, Brett Hankison, for wanton endangerment after several of the bullets he fired while trying to kill Taylor went into the apartments of Taylor’s neighbors instead. A way of simplifying the understanding of those three charges is that Hankison only faced legal sanction for the bullets that missed.

It should be noted that “any worse” in this case already accounts for all of the following:

All of this was of course a gross miscarriage and by itself would have been a galling travesty. But prosecutors and Cameron could not stop at ignoring what had happened; instead, they assured everyone that what had transpired was entirely fair and that anybody who objected was holding the state’s justice system to an unrealistic expectation of treating police officers the same way it would treat anybody else. Besides, they insisted, the facts were on their side: the police officers had announced themselves (although no body-cam footage was available to prove this point), Taylor’s boyfriend had fired first and injured a police officer, and, hey, at least they pursued the charges for wanton endangerment, right? Surely that combination of facts would be sufficient to soothe an angry public that understandably wanted Breonna Taylor’s life to have mattered?

Cameron in particular went out of his way to grind his thumbs into the eyes of Taylor’s grieving family.

“Every day, this family wakes up to the realization that someone they loved is no longer with them…There’s nothing I can offer today to take away the grief and heartache this family is experiencing as a result of losing a child, a niece, a sister, and a friend…the criminal law is not meant to respond to every sorrow and grief.”

One would think that if Cameron was going to say something this outrageously calloused he would at least be certain that his version of the story was as accurate as he had insisted that it was. One might also note that Cameron does believe that criminal law is meant to respond to the inconvenience of Kentuckians who have the audacity to disagree with him.

The first of them came when Cameron refused to release the information that was used to make the state’s case to the grand jury that decided on charges. Cameron has claimed that his hands are tied and that he cannot release any information about what charges were pursued and how they were pursued. Which certainly seems odd. If everything about this case is as cut-and-dried as Cameron is claiming, surely releasing the information will only further underpin Cameron’s conclusions?

The second of them came when it was revealed that the Louisville Metropolitan Police Department investigation of the shooting was both hopelessly flawed and that what Cameron had insisted – that no bodycam footage was available of the entry or the subsequent shooting – might not be true. In the immediate aftermath of the shooting, 45 body cameras were recording footage. They also show at least one of the raiding officers wearing a body camera. The piles of evidence that resulted from those 45 body cameras show an investigation marred by interference from at least one of the shooters, as well as several violations of departmental policies on post-shooting protocol. Which certainly seems odd. If everything about this case is as cut-and-dried as Cameron is claiming, surely providing explanations for all these very obvious discrepancies will only further underpin Cameron’s conclusions?

The third of them came when it was revealed that a ballistics report into the shooting does not support Cameron’s claim that Taylor’s boyfriend shot an officer. Remember that Taylor’s boyfriend did fire at the men crashing through Taylor’s front door; he had assumed that they were robbing the place and fired at them. An officer was shot during the raid. Cameron has claimed that because the officer was injured in the shooting, his coworkers were justified in firing back. Among those bullets were the ones that killed Taylor. However, it has never been clear whose gun actually injured the officer; the ballistics report states that it cannot positively identify whose gun the bullet came from. Taylor’s boyfriend had a 9mm; the officers had did not. It was from this basis that Cameron insisted Taylor’s bullet must have been the one that injured the officer. But late last week, it was revealed that the LMPD had issued a 9mm to one of the raiding officers, Brett Hankison. Hankison is the officer charged with wanton endangerment and the officer who was seen in Taylor’s apartment after the shooting. Which certainly seems odd. If everything about this case is as cut-and-dried as Cameron is claiming, surely providing explanations for Hankison’s possession of a 9mm will only further underpin Cameron’s conclusions?

The fourth came when it was revealed that the charges against Hankison – the ones he received for the bullets that missed Taylor – were not all-encompassing. Hankinson was hit with three charges of first-degree wanton endangerment after three of his bullets went into other apartments. It has been observed that white residents live in the three apartments Hankson fired into; this morning one of Taylor’s neighbors whose apartment was also hit with stray bullets has asked why Hankison wasn’t hit with a fourth charge. Which certainly seems odd. If everything about this case is as cut-and-dried as Cameron is claiming, surely providing an explanation as to why shooting into apartments where white people live is wanton endangerment and shooting into apartments where not-white people live is not wanton endangerment will only further underpin Cameron’s conclusions? (Hankison has pleaded innocent to all charges.)

Or perhaps the conclusion to draw here is that Cameron’s claims are, to pay tribute to Kentucky’s favorite animal, complete horseshit, created out of whole cloth to justify away the murder of an innocent woman because god forbid police officers be held to any sort of behavioral or professional standard at all. Those rules only exist for everybody else.

UPDATES: Since this post went live a few hours ago, there have (somehow) managed to be two more pieces of significant news regarding Breonna Taylor’s case.

It essentially accuses Cameron of hiding behind grand jury secrecy requirements while misleading the public about evidence the grand jury actually saw. It asks the court to release the record in the interest of justice, transparency, and accountability.https://t.co/CRhBHVDbE0

And now the grand jury proceedings will be released on Wednesday. Cameron announced as much after a judge ordered them placed into the public record. Cameron assured the public that they would hear the state aggressively pursuing charges against the accused officers; this after the day’s earlier lawsuit in which a juror asked for permission to:

The juror also asked the court for permission to share “details surrounding the actions outside of those recorded proceedings and anything that did NOT happen in the grand jury proceedings.”

What those two paragraphs suggest – that the state’s prosecutors threw the case – runs directly counter to Cameron’s insistence that charges against the officers were vigorously pursued.

Cameron’s statement last night – in which he agreed to go along with the release of the grand jury proceedings – seems to confirm the allegation that prosecutors never pursued any sort of charges for the officers who murdered Breonna Taylor. Rather, they decided that the only shots that mattered were the ones that didn’t hit Taylor. This despite Taylor being unarmed and posing no threat to officers.

Another notable part of Cameron’s statement: he confirms that he *only* recommended the charge of wanton endangerment to Grand Jury.