More Than Ever, We Need Compassion and Understanding 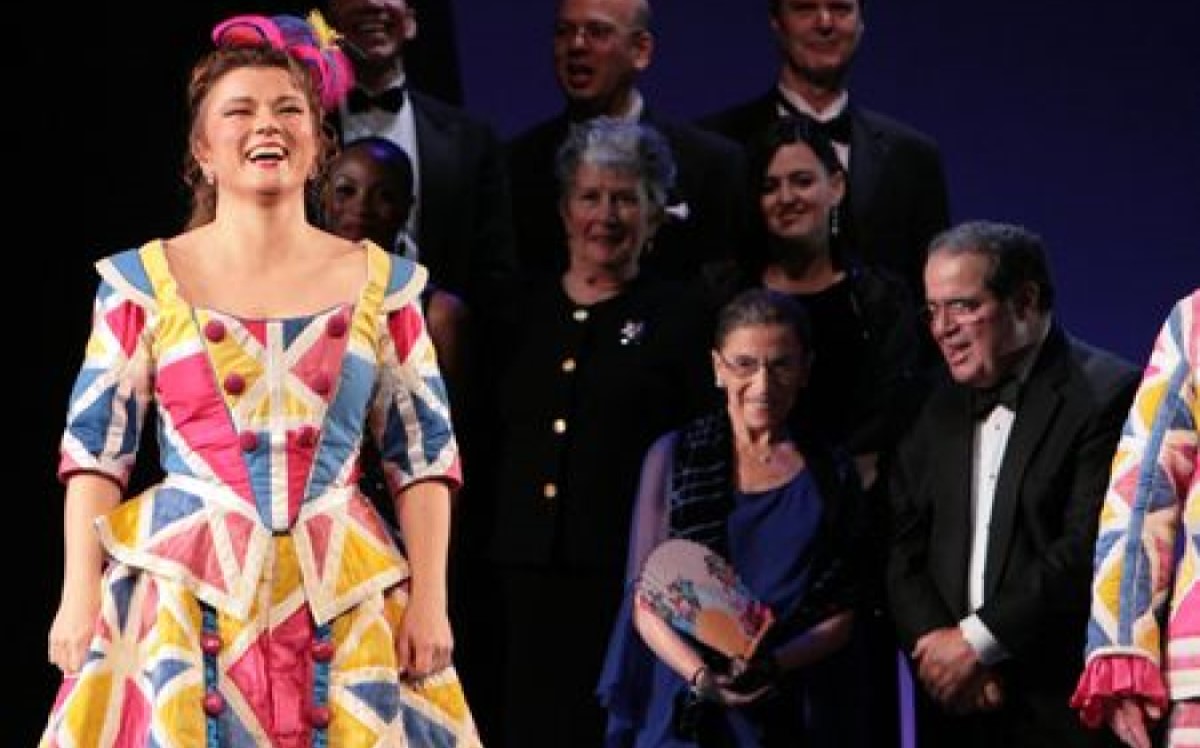 There is much to admire about the life and legacy of the woman who said, “Fight for the things you care about, but do it in a way that will lead others to join you.” Justice Ruth Bader Ginsburg lived this in her own life through her lengthy and prominent friendship with her ideological opposite, Justice Antonin Scalia.

Even a cursory glance at my Twitter feed reveals that people on both the left and the right have failed to heed this sage advice. Seeing the vitriol spewed online tonight (and, frankly, in recent years) has been a discouraging experience. It has revealed faults and weaknesses in American culture that many of us had never seen before. While there are surely political reforms that could mitigate our nation’s tensions, the ultimate change has to be cultural. What I am going to propose is something that I am not even sure I can do, and something that I have surely failed at in the past. We need to engage our political opponents with compassion and understanding instead of dehumanization, contempt, and hatred.

There are two reasons why we should not to dehumanize or demean our political opponents. The first, as Arthur Brooks writes, is that it is very counterproductive to insult our opponents.

No one has ever been insulted into agreement. Even worse, contempt toward your foes creates what psychologists call the boomerang effect: If you insult someone with whom you disagree, the odds are greater than 3 to 1 that the person will harden his views against your position. Hate is self-defeating.

While it feels satisfying to “destroy” or “own” or “silence” our political opponent, the only people convinced by such rhetoric are people who already agree with us. Unfortunately, our contempt will alienate anyone who disagrees with us and only entrench them in their current views. If we want to convince other people to agree with our political views, we should stop holding those who disagree with us in contempt.

The second (and more important) reason we should not dehumanize our political opponents is that it is morally wrong. In his 1967 address to the Southern Christian Leadership Conference, Martin Luther King Jr. said:

“I have also decided to stick with love, for I know that love is ultimately the only answer to mankind’s problems. And I’m going to talk about it everywhere I go. I know it isn’t popular to talk about it in some circles today. For I have seen too much hate… on the faces of sheriffs in the South… [and] on the faces of too many Klansmen…. I say to myself that hate is too great a burden to bear. I have decided to love…. And I must confess, my friends, that the road ahead will not always be smooth. There will still be rocky places of frustration and meandering points of bewilderment. There will be inevitable setbacks here and there. And there will be those moments when the buoyancy of hope will be transformed into the fatigue of despair. Our dreams will sometimes be shattered and our ethereal hopes blasted. We may again, with tear drenched eyes, have to stand before the bier of some courageous civil rights worker whose life will be snuffed out by the dastardly acts of bloodthirsty mobs. But difficult and painful as it is , we must walk on in the days ahead with an audacious faith in the future….”

Research on disengagement indicates that “when a rival person or group is dehumanized, they are seen as undeserving of moral concern.” While we feel a brief feeling of accomplishment when we dismissively dehumanize those who disagree with us about politics, we ultimately corrode our soul.

The effects of mass dehumanization are frightening. In a recent study, 42% of voters in each political party agreed that voters in the other party were “downright evil.” In real numbers, this would mean that almost 50 million voters in 2016 viewed members of the opposition party as “downright evil.” Additionally, 16% of Republicans and 20% of Democrats even went so far as to say that “we’d be better off as a country if large numbers of the opposing party in the public today just died,” while 18% of Republicans and 13% of Democrats agreed that “violence would be justified” if the opposing party won the 2020 presidential election. While passionate disagreement is normal in a functioning civil society, a hope for mass death or a willingness to engage in politically motivated violence is not. Unless we change course, the effects of mass dehumanization on American culture will be dreadful and regrettable.

When I have made this argument in this past, I am frequently told that supporters of a particular party or candidate are beyond the pale and beyond persuasion and that insults and anger are the only possible recourse. Sometimes, I even hear that millions of our fellow Americans are Stalinists or Nazis. As Arthur Brooks writes, “such contempt is based on a mistaken assumption: that there is no room for common ground, so there is no reason not to polarize with insults… [and] is almost always incorrect.” If you really think that supporters of Bernie Sanders are really Stalinists or that supporters of Donald Trump are really Nazis, you either live in a bubble and have not actually met your political opponents or you are choosing to only see the worst in people in order to maintain a feeling of moral superiority.

Gabriel Katz is a senior mathematics major at Worcester Polytechnic Institute interested in the NBA, politics, history, and statistics. He is on Twitter