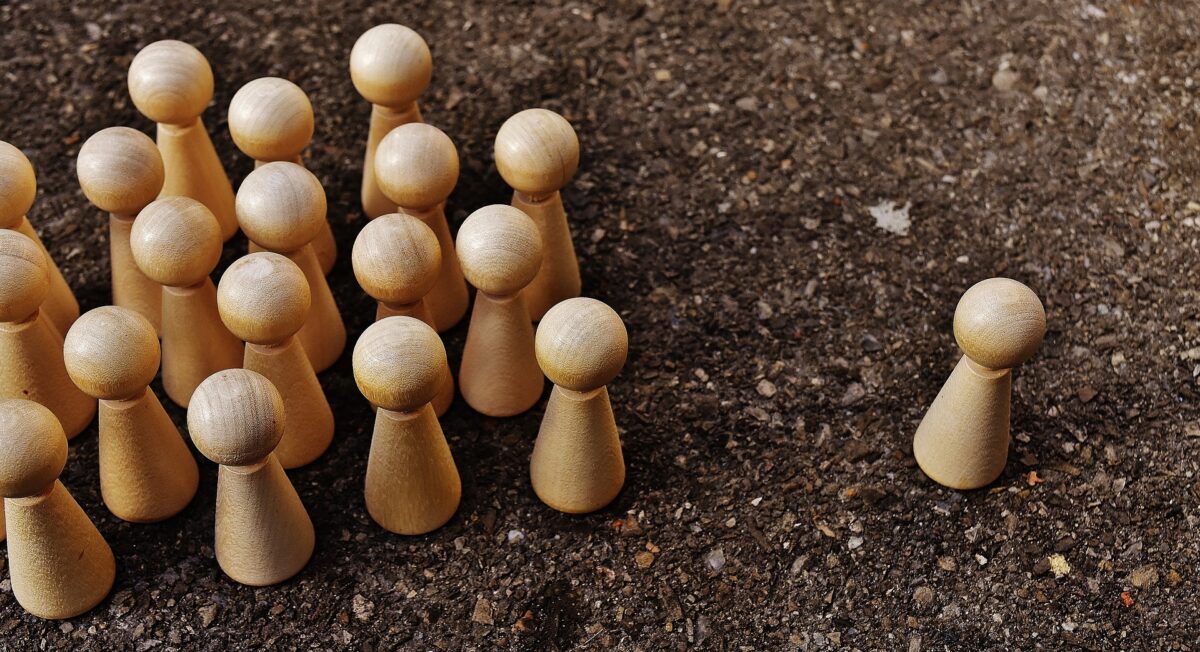 NeverTrumpers, Trump skeptics, and liberals often wonder why Republican lawmakers have never called out the President, especially when they had the chance during Trump’s impeachment. Whenever there is yet another scandal that drops about Trump like his views on veterans this cry goes up again. Why is no one saying anything? Are they scared he will tweet something about them? Why do Republican leaders continue to support Donald Trump, a man that is clearly unfit for the office of President?

One of the answers points at the voters. Jonathan V. Last and Damon Linker believe the Republican Party is so toxic because of the average GOP voter who in turn keeps politicians in line.

Americans like to believe that each individual person controls their destiny. We are our own persons. But I tend to think how people act is sometimes determined by factors set up long before we were born. It doesn’t mean we don’t have a choice; we do. But human beings are social beings and we are influenced by how we group ourselves. Institutions or lack thereof can influence how people will respond. Strong organizations such as a political party can create strong people who can take risks that can change society for the better. Likewise, weak organizations can create people who are risk-averse and susceptible to demagogues.

Yuval Levin, a scholar at the American Enterprise Institute, shows that America is not a place filled with individuals as much as it is filled with institutions; schools, churches, civic society organizations, and political parties. Institutions usually perform something in the public interest, such as teaching students or feeding the poor. But Levin adds that institutions do something else: it forms the people who are a part of these institutions. So, we trust political institutions like Congress because they act in the public interest and we expect the politicians who make up a political body to act in the same way.

A political party acts in the public interest. It’s directed at how it can benefit all of society and how that it can produce people that are civic-minded.

But something has changed in recent decades. Institutions were meant to form people, but now they are places where people can perform. Representatives all the way up to Presidents don’t always work in the public interest. They see their role as performance, focused more on themselves than on the betterment of society.

I went into detail in a story I wrote a year and a half ago about how the politics we have now finds its beginning 50 years ago in the early 1970s. In the aftermath of the 1968 Democratic National Convention in Chicago, both parties made reforms that made the two major parties more democratic in nature by placing more emphasis on primaries. Before the 1972 reforms, primaries were more preference polls, with the real power taking place at the national conventions. The reforms made primaries the main way of determining candidates. Populists believe this was all good; after all, it opened up the party process to the “common man.” But in doing so, political parties became captive to the whims and prejudices of the public. The primaries ended up attracting the extremists. The final result is that you end up with candidates that are focused on themselves. The nominating process is less about who is fit to lead the party and ultimately the nation than it is the one that can entertain people and make them feel good. While the reforms began as a problem for the Democrats, it was the Republican Party that ended up the most profoundly changed post-1968. The party structure became weaker as more power was given to primaries and outside organizations. It was in this environment that a weak Republican party brought Trump to power.

As the party moved from formative to performative, the common good gave way to personality. Two examples from recent American history show how much the party structure changed.

In 1974 Nixon was deep into the Watergate scandal. His presidency was on the ropes. On August 7, Arizona Senator Barry Goldwater and a group of other congressional Republicans meet with Nixon at the White House. They never said he should resign, but they let the president know he doesn’t have support in Congress. He would be impeached in the House, found guilty in the Senate and removed from office. On August 9, 1974, Nixon resigned from the presidency.

In 1974, the party was strong enough for Senators and Representatives to speak the truth to the President. While they might have thought about the good of the political party, these politicians were also thinking about the good of the nation. Politicians had a freer hand to operate without fear because everyone-including President Nixon- believed in the public interest. In 2019, when another president faced impeachment, a representative from Florida learned that he was not as free as he thought he was to criticize the President.

As Tim Alberta notes in an October 2019 story in Politico, Francis Rooney, a GOP representing Naples in Congress. Rooney was elected to Congress in 2016. He complained about President Trump’s behavior, but like so many GOP lawmakers, he kept his gripings private. The Ukraine scandal made those grumblings public. Rooney started openly speaking about impeachment. Trump and several others in the party in both Washington and back in Florida put the pressure on Rooney. Within a few days, he said he was retiring from Congress at the end of the term.

Between 1974 and 2019, the structure of the Republican Party changed. Where the party formed voters and politicians to act in the public interest, it now coalesced around President Trump. Because personality mattered more than policy or national unity, Trump could bully people into loyalty. If a lawmaker spoke up, they would find their “head on a pike.” There was no strong party structure to protect them from presidential assaults. Unlike President Nixon who believed in enough in the common good to step down, President Trump has no compunctions. The end result is that congressional Republicans expressed loyalty to Trump, the person who in essence became the Republican Party.

The common retort to the challenges lawmakers and other officials face is that they should have called Trump out anyway. All they would lose is the right to get some cushy job or leave Congress a bit early. They wouldn’t be harmed in anyway.

Well no, Trump isn’t sending out hit squads after people, but he is making their lives difficult. No doubt Francis Rooney wanted to serve more terms in Congress, but his willingness to even entertain the idea of impeachment got him in trouble with the President and local leaders and forced him to retire. Former Senator Jeff Flake openly opposed Trump and lost support in the primary overnight and he suffered the same fate as Rooney. If we move from Congress to the administration, Alexander Vindman’s bravery got him not only fired from his job but denied a promotion in rank. During the impeachment hearings, he and his family had to be protected by the army after the President and GOP lawmakers threatened him. The President does more than merely make threats. He can make the lives of dissidents a living hell. This is how he is able to maintain power. In a political party that was a strong institution, a leader might not be able to intimidate others to do his bidding. The party might find ways to short circuit the leader’s power. But the GOP of 2020 has a weak structure and the rule that people live by is more Darwinian than anything else.

A healthy political party would have rejected Trump outright because he never sought to do anything other than aggrandize himself and his cronies. But the Republican Party of 2020 is anything but healthy. Even before Trump came on the scene, the House Freedom Caucus was already a gathering of performing Representatives who were more interested in pleasing their fellow anti-government conservatives than they were in creating policy. The Freedom Caucus was the warm-up act for President Trump.

All of this makes it very hard and, in some cases, dangerous for anyone to call the President out. None of this justifies the behavior of GOP lawmakers in not stepping up and naming names. But the risks are not anything to sneeze at. Anyone who comes after Trump will find life from that point on rather challenging for them and their family.

Can the GOP be changed? I don’t know. The voter problem was already a challenge. How do you rebuild an institution? Can you rebuild the party with strong institutional checks? Maybe. It would take time and you would have to get rid of the people who have benefited from the deformed system.

When the GOP decided to not even publish a 2020 platform it was proof positive in how Trump has made the party into a cult of personality. That is true to a point. The reality is that this was the culmination of changes made years ago. It only needed the right moment and the right person to make it a reality.

I get the frustration from the silence of GOP lawmakers. I wish that the more GOP politicos were willing to think about the public interest and throw caution to the wind. But the structure of the party as it now makes it difficult, if not impossible. When that changes, then it can be a place where lawmakers can confront wayward politicians with less risk than they face now.