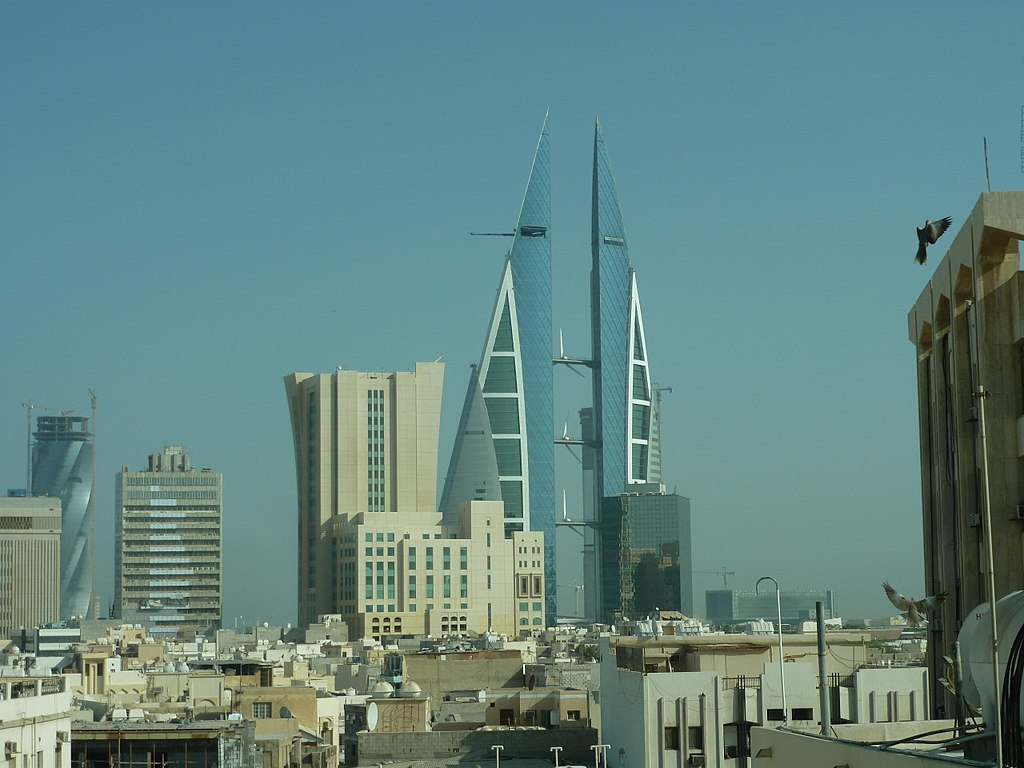 The Bahrain WTC at Manama, Bahrain, September 2013. Photo via Flickr

Joint Statement of the United States, the Kingdom of Bahrain, and the State of Israel pic.twitter.com/xMquRkGtpM

President Donald Trump said Friday that Israel and Bahrain have agreed to the “establishment of full diplomatic relations,” marking the second time in a month an Arab Gulf nation has announced new ties with the Jewish state and further reshaping alliances in the Middle East.

Unveiling the new agreement from the Oval Office, Trump cast the move as a step toward peace in the region. He has worked to broker accords between Arab nations and Israel that he hopes will lead to a broader peace deal.
“Another HISTORIC breakthrough today!” Trump tweeted.

The announcement came less than a week ahead of a White House signing ceremony between Israel and the United Arab Emirates that will bring Israel Prime Minister Benjamin Netanyahu and Emirati officials to Washington.

As a condition of that agreement, Netanyahu agreed to shelve plans for now to annex sections of the West Bank. He has not ruled out resuming the annexation in the future.

Bahrain’s foreign minister will join Israel and the UAE for the signing ceremony currently scheduled for next Tuesday, according to the statement from Trump.

The announcement comes two months ahead of the US presidential election, where Trump hopes his efforts to forge foreign agreements will help sway voters. He has touted his support for Israel to Evangelicals in particular.

Bahrain, a tiny island nation that is home to the US Navy’s Fifth Fleet, is regarded in some ways as an extension of Saudi Arabia, partly because they are physically linked by a causeway but also because the Bahraini monarchy is heavily reliant on Riyadh.

Officials said the agreement with Israel announced on Friday could likely not have happened without Saudi Arabia’s blessing, signaling that Bahrain may serve as a test case for a future Saudi-Israel deal.

Any news of any kind involving peace in the Middle East is good news, but it is hard to get overly excited. This announcement, much like the Bosnia and Kosovo one last week, is long on aspiration and short on details. “Normalized” is a well and good thing, as is the behind-the-scenes hand of Saudi Arabia allowing it all. But the devil is in the details in diplomacy, such as having actual working relationships, embassies, signed agreements and treaties, and so forth. Frankly, the Trump administration that is not known for its carefulness is even less so in foreign policy, preferring large gestures to hard results.

So, while it is good news, the latest peace deal in the Middle East is very much in the category of “to be determined.” 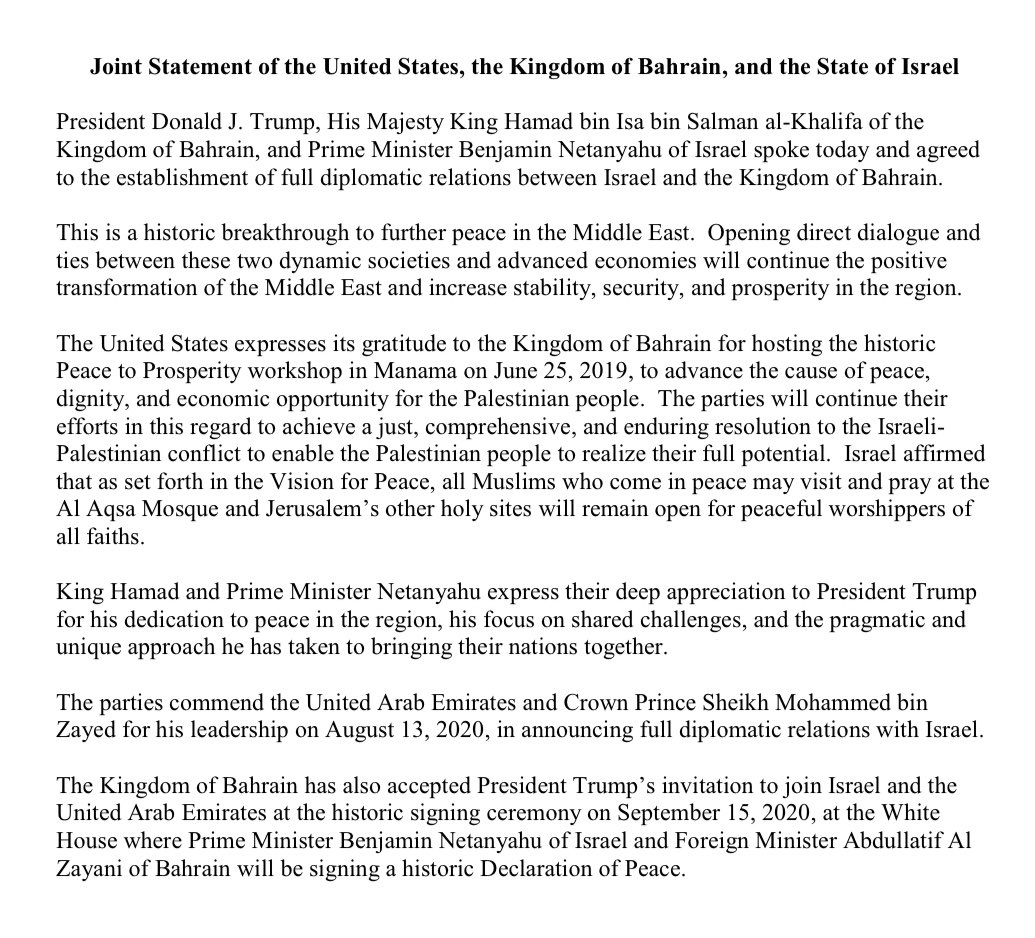