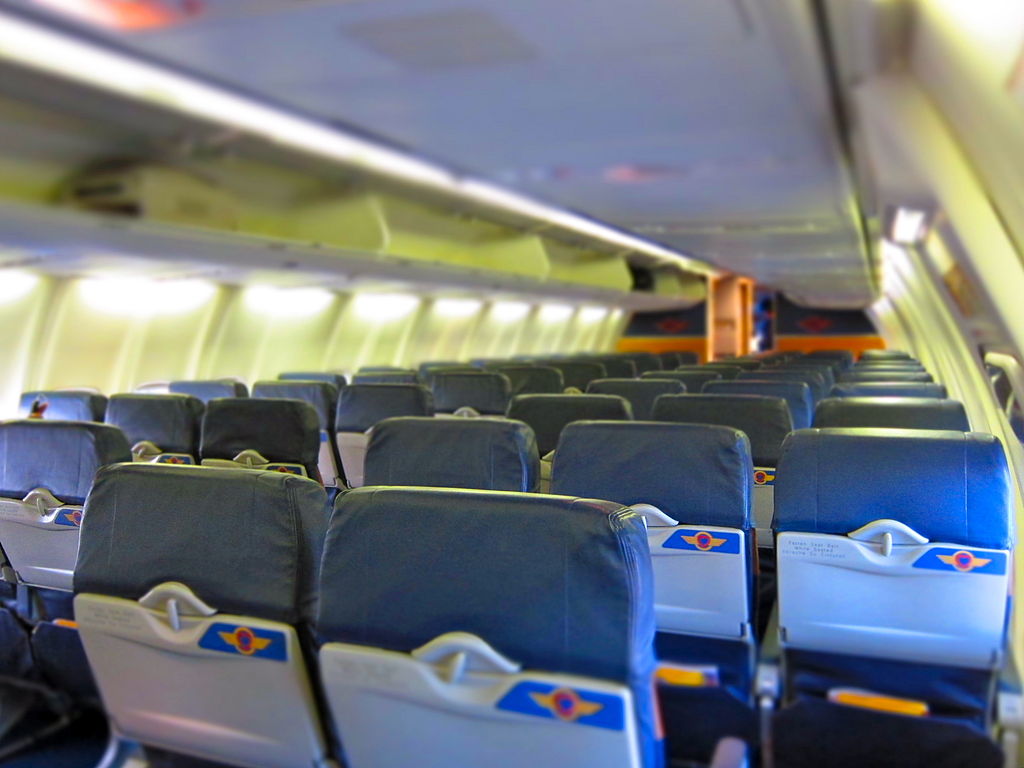 Four years ago, nearly to the day, Rush Limbaugh took to his golden microphone and read to his audience — the largest audience in talk radio, as he relentlessly reminds us — verbatim an article which had, to that point, been given little notice. The rest, as they say, is history. The article was entitled “The Flight 93 Election” written under a pseudonym by Michael Anton, and it exploded into the political discourse. Retelling that recent history is where Will Lloyd kicks off his Spectator piece chatting with Anton about his latest election season book and metaphorically equally apocalyptic The Stakes: America at the Point of No Return.

Had the President, I thought, really played no role in this chaos? In 500 pages of The Stakes, Trump barely gets a look in — he is strangely absent, yet his presence is blatantly apparent, like an amputated limb. When Anton attacks his targets, he lambasts them, Trump-style. His positive case for the President is short, summed up when he writes, ‘There’s little wrong with President Trump that more Trump couldn’t solve.’

Yet after four years of Trump, America still appears to be in ‘Flight 93’ mode, as Anton puts it: ‘The country appears to be careening toward something very bad.’ What made him feel confident that Trump could stop the United States becoming Greater California?

‘All of the things that we need, all of the things that this country needs to get back on track, Trump is for and Biden is against.’ Anton seems fairly bemused by my line of questioning. ‘That doesn’t mean you’ll get all of these things if you vote for Trump. I do say in the book that the restoration of America — making it great again — is not a four, or an eight year project. It’s a generational project. But to get that going we need to win this election.’

It feels particularly gross to have to rehash the thrawn “Flight 93 election” verbiage on this day, the eve of our remembrance of the actual Flight 93. Once Anton pseudonymously penned it, “The Flight 93 Election” became the eschatology of the Make America Great Again congregation, the end times prophecy of what is to come if electoral salvation was not secured. The fact it has been resurrected for this election, and will be for each successive election, gives lie to the premise even before you delve into the particulars. Flight 93 political rhetoric is for those who feel “the most important election of our lifetimes” is lacking in fire, brimstone, and judgement them over there have coming to them for not seeing the way, the truth, and the life of preventing impending doom at the hands of the left.

What Flight 93 theorem really amounts to is the logical, fully realized conclusion of zero sum politics: Any gain by the other side is a total loss to your own. Such a concoction consists of hyper-partisanship, mixed with tribalism, spike it with priors, prejuidices, and biases, then blend by catastrophizing regularly scheduled elections into a hot American ideological mess. Like most designer drinks, it is strong enough to repel any logic once consumed. That a deeply unpopular Hillary Clinton winning a tight race and constrained by a Republican-controlled congress was not going to get much accomplished but partisan fighting fails to make a dent. The folks who insist the Supreme Court should be the supreme concern of the ideological landscape have a better case, but one of supposition of ifs, could bes, & maybe sos floating in the perfect ether of hypotheticals. That the party out of the White House historically gains elsewhere while in the opposition is not even considered, nor is the hindsight that even having both houses of congress President Trump has few legislative wins, or wins of any kind for that matter, to show for it before the rebuke of the midterms again split the government along party lines.

“The left must lose at all costs” ethos means there is no limit to the acceptable lengths the right should allow themselves to prevent such a thing. This is how you get 500 page books on how the new and improved “Flight 93 election” is even more dire than the last one. The latest and greatest “most important election of our lifetime” also apparently occurs in a vacuum where only one part of the body politic ever does anything requiring accountability. The renewed call to “charge the cockpit or die” serves as justification for anything and everything, a nice warm blanket of a battle cry that means no further consideration on sticky questions is required because of the urgency of the moment.

This is not limited to folks who support President Trump, of course. The opponents of President Trump might not use the same nomenclature, but are just as stark in insisting the current occupant of the White House is indeed the the end of the world if reelected. Varad Mehta, writing in Arc Digital, dubbed this reciprocal mindset the “Flight 39 election”:

For many NeverTrumpers, the imperative to expel Trump from office overrides such quotidian concerns as candidate or policy preferences. There will be only one Democratic nominee, and that’s who you must vote for.

It is a stark, dramatic argument. One whose logic seems, at first glance, irrefutable. Yet this finality is meretricious, the product of a deceptive, seductive simplicity that renders it not unanswerable but self-defeating, indeed dangerous. And it remains just as much so now as it was in 2016, when it was used, not to justify voting against Trump, but voting for him.

There will be no dialing back of this rhetoric now. Just like every election is the “most important of our lifetime” the folks who are happy to deploy Flight 93 imagery to regularly scheduled elections will do so more often now that they have a taste for it. However, the problem with constantly predicting the end of the world is when it does not occur — or the plane doesn’t crash, or worse it crashes anyway — you have to retool your messaging and hope the folks you are trying to get to believe your prophecy of the end of days don’t notice your moving of the apocalyptic goalposts. Not admitting you are wrong about anything is the only avenue left once you’ve subscribed to the dead end of Flight 93 electoral politics.

Once you’ve reached that level of zealotry, there is no such thing as honest dissent, or right honorable opposition, or misguided but sincere. There is only heresy to be stamped out and defeated. But such faith is a doomed crusade, unless one really thinks they can smite all thy enemies until none are left. They sure won’t be convincing or persuading others to join the cause, unless masses of folks suddenly discover “or else” to be irresistibly inviting. The Biblical rapture will come long before such a political one, and you should not hold your breath waiting for either. But don’t worry; I’m sure Anton will have another book out four years from now, just in time to explain how we need to once again charge the cockpit, or die trying.

At least the actual end of days would be a refreshing change. Far more exciting than this retreaded rhetoric that hijacks real life true sacrifice and bravery to browbeat folks so ate up with electoral politics they fall for such nonsense. Which, far from a call to arms, is just banal and sad the second time around. And will be even more so the third. And the fourth. And so on. Until the end of days, apparently.