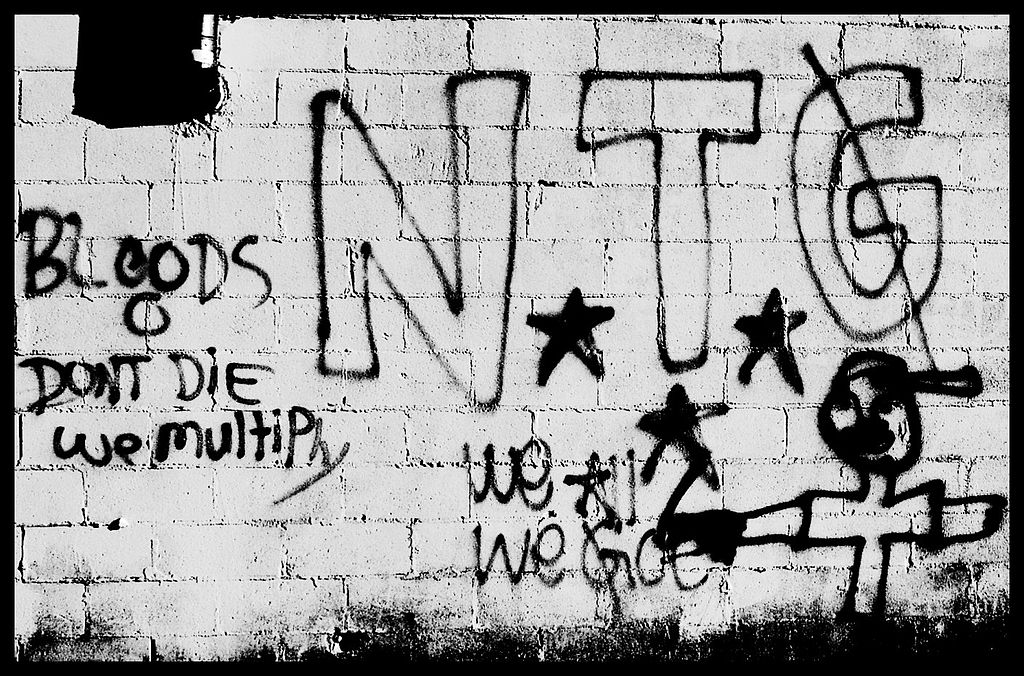 Why do inner city youth join gangs? This is not a very complicated question, neither does it have that complicated of an answer. Even though this answer is rather simple, the people in charge who could make a difference refuse to make the changes necessary and haven’t for decades.

Gangs provide a sense of belonging, a family, to youth, mostly men, in desperate need of camaraderie. These same youth have spent most of their formative years being told by virtually everyone they trust that they will never amount to anything, that their desires are nothing but fruitless pipe dreams, and that they shouldn’t even try to succeed. It is this state of absolute hopelessness, by everyone around them rubbing their faces in the dirt, that makes these youth ripe for the picking by gangs. What no one seems to tell them is that most gang members live in poverty, making little over the minimum wage, if that, and are more than likely to end up behind bars. Gangs tend to operate on a pyramid scheme model. The formerly incarcerated tend to find their job prospects incredibly dim, leading to recidivism. A vicious cycle, no doubt.

This mindset of hopelessness becomes a self-fulfilling prophecy for those born into poverty. It would take a campaign of education (which the teachers’ unions would oppose,) accountability (which the grievance merchants like Al Sharpton would oppose,) and smart investment (which the city bureaucrats would oppose) to fix.

The inner city schools need to be reformed, likely coupled with full school choice. And by that, I mean the parents get the full value of their child’s education cost instead of this money being sent to the public schools (with the stipulation that it must be spent on their child’s education.) If the parents decide to enroll their kids in a private school or carter school, that’s their choice. This would encourage the public schools to improve themselves so that they are more attractive to parents. The teachers’ unions have fought any attempt to make the public schools better, trapping children in failing schools. They have convinced an entire political party, through copious campaign donations, that the only solution is more money. When we spend more per pupil than virtually every country in the world and still end up with middling results, money isn’t the issue. Furthermore, parents need to take a more active role in their children’s education. There are only so many problems the right school can fix. Unfortunately, some parents see schools as glorified daycare centers. On top of all that, identifying the problem students who disrupt classroom education for everyone else and getting them the help they need will make the classroom experience better for everybody, including the teachers.

The abandonment of the father in many of these families, encouraged by the perverse incentives of the welfare state, needs to be addressed. The term perverse incentives is an economic concept wherein the thing that is the problem ends up being incentivized due to something those attempting to solve the problem encouraged or put into place. The welfare state encouraged out of wedlock births, as mothers get more welfare money if they’re not married. You subsidize something, you get more of it. The people who designed the welfare state certainly had the best of intentions (well, most of them, I hope,) but the road to Hell is paved with good intentions. Out of wedlock births skyrocketed after these welfare rules were put into place in the 1960s. Without marriage, a legally binding contract, many fathers abandoned their kids if the mothers even knew who the father of their children was. The sexual revolution encouraged promiscuity, which inevitably led to more pregnancies. If you try to argue that abortion is the solution here, get out. Fixing the welfare rules would not truly solve this problem, at least not fully. Encouraging responsibility to your own offspring needs to happen, even if it has to be done through tax credits to fathers or punishing wage garnishments and fines on the other side of the coin. People like Al Sharpton have fought the accountability mindset for decades, some even claiming that racism is why the black community has an over 70% out of wedlock birth rate in America. That’s fine ass madness.

Investing in the right places, such as apprenticeship job training and computer classes, could make a real difference, but the bureaucrats would rather keep throwing money at the problem instead of actually attempting to solve it. America is one of the only countries in the developed world where coding classes are not commonplace in high school. This needs to change. There are plenty of well-paying jobs in America that do not require a college degree, but they do require specialized training and/or licensing. Plumbers, carpenters, forklift drivers, and construction equipment handlers all need some form of outside training to do their jobs, but these jobs can all provide a very good wage to the diligent. Encouraging everyone to get a four year degree is a bad policy approach, as I have discussed previously.

This multi-pronged program would likely take decades of constant effort to fix the problems I have identified, but these are the best solutions for them in my opinion. If there are other solutions out there that would be easier or take less time, I’m all ears. Cutting off the supply of impressionable youth to the gangs is the only real long-term solution to the gang problem.