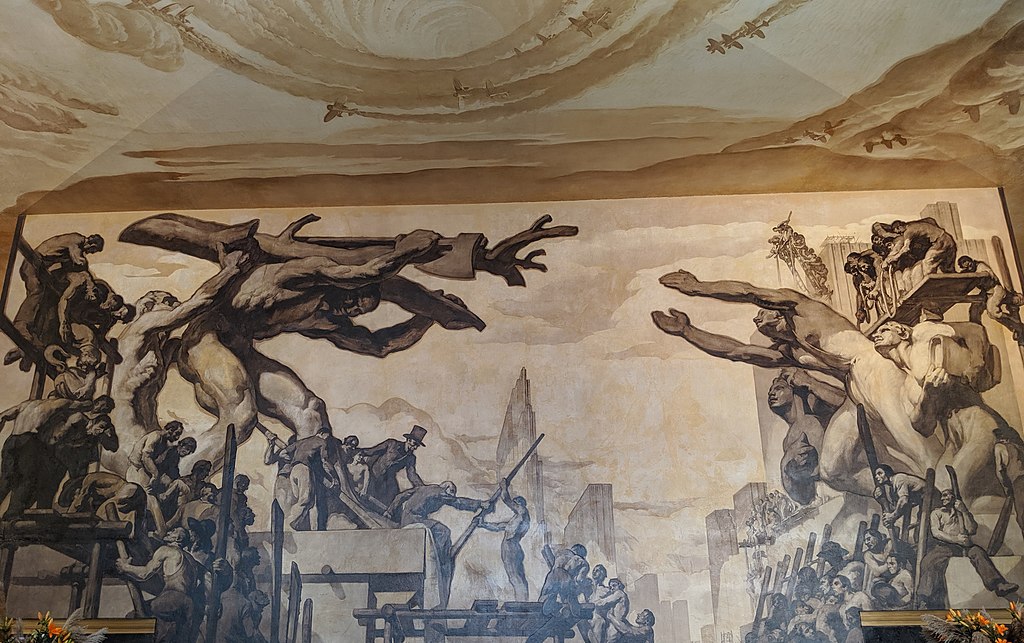 Labor is having a moment.

Brought back into the forefront in Democratic circles through measures like the RAISE Act and California’s AB5, labor is pushing increasingly broad measures in the wake of the Janus Supreme Court decision that affirmed nationwide right-to-work for public sector employees. As the national Democratic ticket has signaled their support, labor seems to have a firmer hold than ever on Democratic politics. Now, some on the right seemingly want a piece. From R Street Institute head Eli Lehrer to the fiscally moderate think tank American Compass, some of those who claim to be on the conservative side of things see an opportunity to reclaim unions and build new allies within organized labor.

These attempts might make sense in theory, especially given President Trump’s famously strong support with white working-class voters. Unfortunately, these attempts are folly and the conservative movement should think twice about playing nice with unions.

Some academics on the right find a theoretical link between unions and the conservative movement. Unions, they argue, are community institutions that serve to stabilize and provide solidarity among the working class. The decline in unions, then, is tied to a declining in working-class representation and strength and the rise in income inequality.

Many would agree with these ideas. The problem for pro-labor conservatives is that almost all of those would come from the left because those values laid out above aren’t conservative. They borrow the language of the left and are based on the left’s assumptions about labor, class, and power. The average conservative won’t see a problem with the decline of unions (in fact, they might delight in it) and probably doesn’t give a lick about income inequality. All across the Rust Belt, Republicans have carried the mantle of right-to-work, and few Supreme Court decisions have been celebrated by the right as much as Janus v. AFSCME.

To conservatives, the inability of unions to keep with the time lies deeply with their inability to adjust. Federal law isn’t the reason unions are failing – unions are. By refusing to adapt to the times and instead relying on strategies that date back to the industrial revolution, unions have positioned themselves as dinosaurs. The ones that truly have adapted often lie in right-to-work states. For example, Nevada’s unions tend to focus heavily on things like immigration reform and education, issues critically important to their workers. It’s not the job of conservatives to save unions from their own failure.

Organized Labor is Tied to Corruption

For conservatives, unions are one of the biggest symbols of political cronyism – especially public-sector ones. They see a large institution that exists largely due to coercion lobbying mostly Democratic lawmakers to pass changes favorable to themselves. In return, they offer campaign contributions – many collected against the wishes of their workers. This corrupt bargain exemplifies the inherently political nature of unions. While Republicans are willing to look the other way for police unions, even this is more cultural than political.

Even worse, unions have known ties to crime and violence. Just recently, the United Auto Workers (UAW) union was hit hard with federal racketeering charges relating to the embezzlement of union dues. Union power inevitably coalesces into the hands of union bosses, not employees, and these results speak for themselves. The Teamsters’ name is scarred by its history with organized crime and corruption, and the mafia still has an influence in organized labor to this day.

It’s worth noting, of course, that the workers are the victims here, defrauded of their money and often outright intimidated or threatened into joining the union. It’s no secret that a major priority of unions is card check. This truly appalling measure would allow unions to be certified by a majority of employees publicly signing a card. It eliminates the crucial check of a secret ballot and opens up workers to be harassed or, at worst, threatened. This stuff isn’t conservative – it’s vile, and it’s inseparable from a century of union culture.

It’s worth noting that the very concept of collective bargaining isn’t conservative. Collective bargaining means you cede the right to control anything relating to your employment. Your wages, benefits, and everything else become subject to the whims of your coworkers. More specifically, that means the ones that run the union. This can be disastrous for younger workers. They will inevitably get the short end of the stick in everything in favor of their tenured coworkers.

Sure, you get to vote on the proposal. But if you say no and it passes, you’re up the creek without a paddle. There’s nothing you can do to change it until the contract runs out. Unhappy with your salary? Too bad. You can’t go to your boss and ask for a raise. Instead, raises become tied to a strict schedule. Want some extra time off? Sucks to be you. Want to talk about telecommuting some days? Sorry, you have to wait until the contract expires.

Fundamentally, collective bargaining just isn’t conservative. Simply put, a bureaucratic, byzantine process that robs the individual of agency and dignity and subordinates their interests to the interests of whoever runs the union. Proposed solutions like works councils and sectoral bargaining only serve to make this problem worse by eliminating the ability to find a new, non-union job.

The conservative movement and unions are naturally adversarial and have been going all the way back to the Coolidge administration. There’s no reason to think this might be overcome any time soon. There are simple, fundamental problems that prevent the two from getting along. Organized labor is dying a slow death for a reason, and it’s not the job of the right to save it. If labor truly wants to change, the incentive is on them to make the moves. But given the static, unflinchingly radical nature of most unions, this isn’t likely to happen any time soon.

Conservatives would be best off to let nature take its course and continue our traditional views on labor. Encouraging the flourishing of the individual is the best way to encourage honest, fulfilling work. That doesn’t mean supporting labor. It could mean pairing a national right-to-work bill with allowing individuals to bargain outside a CBA. Perhaps it means prohibiting coercive “opt-out windows”. It might even mean requiring mandatory recertification votes on an annual or biennial basis. As Nevada shows, unions can and do succeed in right-to-work states. However, they can only after they abandon the rigid orthodoxy of the past – and conservative policy reform can spur this.