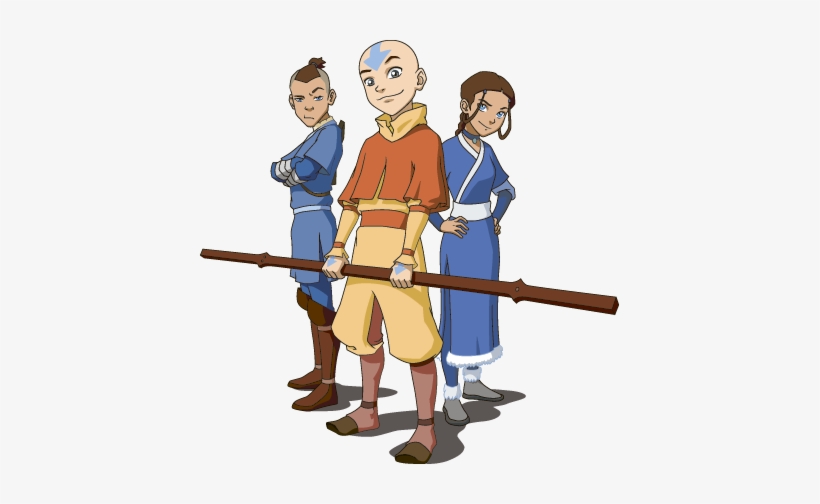 Thanks to the lockdown I recently had opportunity to watch Avatar: The Last Airbender. Not only was it good, it was good enough that I’ll recommend it to more or less anybody. It’s got action, romance, character development, and non-stupid characters (or, at least, the characters who are stupid are acting stupidly in character). It even has a life lesson or two in there. (I need to point out that I am talking about THE CARTOON. Err, I mean, THE ANIMATED SERIES. I am NOT absolutely NOT talking about the movie. The movie is bad. I am talking about the TV show, which is good.)

The first thing I’d want to point out would be a warning for some and something reassuring for others: it is a cartoon and the target audience for the cartoon is 7 years old. Seriously, the show is rated “Y-7: FV”. There is fantasy violence but the lion’s share of it is a Kung-Fu variant (and our characters find themselves in peril quite often…but, without getting into spoilers, know that the show remains a solid “Y-7: FV”.)

The concept behind the show is simple there are nations based on each of the four elements: water, earth, fire, and air. Long ago, the four nations lived together in harmony. Then, everything changed when the Fire Nation attacked. Only the Avatar, master of all four elements, could stop them. But when the world needed him most, he vanished.

That’s pretty much all the background you need. We jump into the first episode where Katara and Sokka, a couple of kids (like, 14 year olds) from the Water Tribe, find Aang, the last Airbender, frozen in an iceberg. Oh. So that’s where he was. Things start off with a bang and we quickly meet the antagonist of the show: Zuko (joined by his Uncle Iroh). Zuko is looking to capture The Avatar so Zuko can regain his lost Honor. The Avatar has other things on his mind. So we have our main source of conflict at the beginning of the show and we’re off and running.

The Avatar is, like, 12. He’s not a grown-up in a 12 year old’s body. He’s 12. Sure, he’s got wells of wisdom to draw from and he does draw from them from time to time…but, for the most part, he’s 12. And his mission is to get training in the bending of the other three elements. So our story begins with him going out and trying to learn what he needs to learn. Along the way, we meet all sorts of characters: some chasing him, some teaching him, and some providing cabbages. He also learns what’s been going on since he got stuck in the iceberg: The main thing that has been going on of course is that the Fire Nation has succeeded somewhat admirably in the whole “taking over the world” thing. There are a handful of places that have not yet been taken over among the various Nations, of course…Some outposts at the poles for the various leftover Water Nations as well as a few in the sticks and a big city that is a major holdout…but we also find why the show is called The Last Airbender.

You’ll start watching the show for the dynamics between Katara, Sokka, and Aang but I found myself with my eye constantly on Zuko’s Uncle Iroh. You might be tempted to believe that Iroh is a source of comic relief to add levity to the danger added by Zuko chasing Aang. The first episode, for example, has Zuko saying “WE NEED TO FIND THE AVATAR!” and Uncle Iroh saying “Yes! We need to find the Avatar! But first I need to finish my roast duck!” and making Zuko wait thereby. As the show progresses, you realize that Iroh isn’t merely comic relief…he’s providing lessons to Zuko. Prince Zuko, the Avatar will be there. You should sit. Eat something. Quit walking around as if you were coiled like a spring and enjoy a cup of properly prepared tea.

The show has three seasons all filled with interesting characters and, to my delight, written by writers who remember previous shows from not only the current season, but from previous seasons. There are characters that feel like characters that you only meet once, but they show up again later in the show and, delightfully, their resurfacing makes sense. It’s a show that rewards paying attention… and, seriously, that feels far too rare.

As you watch, you’ll find yourself pleased by different nooks and crannies that the show explores. You’ll say “oooh! This is a Fire Nation Kids episode!” or “Oooh! This is a Sokka episode!” or, my favorite, “UNCLE IROH! THIS IS AN IROH EPISODE!!!”

We see the characters learn and grow. We see them dealing with unexpected joy. We see them experience loss. We see them grow up (just a little). After the show ended, I said “holy cow…that was a really, really good show.” Like, to the point where if I had to come up with criticisms, I’d be stuck saying that if I had one criticism of the show it would be that the first season feels maybe one episode too long. The second season also feels maybe one episode too long. From there, I’d point out that I wish that they had split the third season into two different seasons because Season 3 was far too short and it felt almost phrenetic compared to the leisurely walk of the first two seasons. See? That’s a limp and toothless criticism.

The characters are great archetypes. The action is fun, the storyline is engaging, and you’ll be getting some sandwich fixings out of the fridge and then you’ll stand straight up and yell “Uncle Iroh losing his Pai Sho piece was a life lesson!”

If you haven’t seen it yet, It’s on Netflix now. Check it out. (And then notice that the sequel to the series is on Netflix too!)

(Featured image is some of Avatar’s Promotional art featuring, left to right, Sokka, Aang, and Katara.)