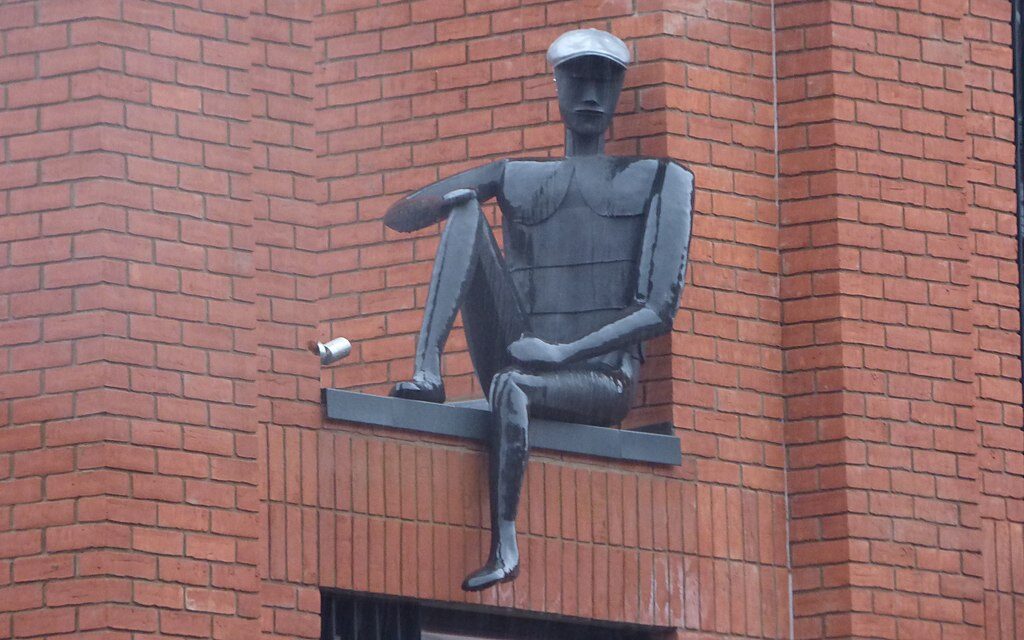 “You know who dies for their country? Fucking rubes, that’s who.”

This is what corrupt political boss Nucky Thompson has to tell his surrogate son Jimmy Darmody in the show Boardwalk Empire, after the latter came home from fighting for his country in some of America’s most grueling battles (such as the Meuse-Argonne).

The entire atmosphere of cynicism and contempt for virtues and virtuous behavior informs much of the show, one of disillusionment and nihilism born of years of war in the trenches and ideals that died there. It’s a world where the only things to fight for are getting rich and becoming famous –- and getting rid of anyone who stands in your way of either.

Thomas Shelby, the main protagonist of the British crime show Peaky Blinders, is ostensibly a different animal. A war veteran proud of his service, he won medals saving troops and fought in some of Britain’s most grueling battles. He works at the family business and shows clear loyalty to his siblings and relatives. He can no longer pray or believe in God, but he’ll respect those who do. Unlike the uber-cynical post-WWI America, virtue still seems to play a role in Britain during the same years.

Because Thomas Shelby is effective head of the Peaky Blinders, a violent, at times murderous crime family moving its way up in that shady world. Tommy himself is a stone-cold manipulator and killer, willing even to risk members of his own family in the name of his raw ambition. He’s even willing to manipulate his status as war hero to drive away cops or extort a license to smuggle goods.

Like Nucky, he has nothing but contempt for simple people. He sneers when members of his family want to stop and live a simple life raising chickens. There’s even one point in the series, when it seems like his enemies are closing in, when he goes to shovel animal manure alongside someone he knows. When the latter asks what he’s doing, Tommy explains that he’s reminding himself what an “honest job” looks like – “shoveling shit.”

It’s a very attractive and tempting understanding of life, even if horribly immoral. It isn’t just the President who believes in it, but also many young and even old men today.

But it’s not the only option.

An alternative vision of manhood and success is presented to us in The Princess and The Frog.

In this movie, we meet Tiana’s father –- a loving, devoted father and husband who works himself to the bone to provide for his family. He serves (and is implied to have died) for his country in WWI. Instead of writing her Dad off as a sucker and chump for not trying to make it rich quick in the Big Easy, Tiana sees him as a role model of healthy dreams and good virtue. He might have done lots of shifts “shoveling shit,” but that makes no difference to his family.

There are a lot of people like Tiana’s Dad, back then and today. You see them in the background of Peaky Blinders if you look carefully –- working stiffs who maybe lack fine physiques or nice clothes, but who prefer to stay honest for themselves and their families. Many if not most also fought in the war. Some got medals. But all think that “virtue is its own reward” is not some meaningless cliché. In the terms of that time, they “did their bit”; if the government that sent them was in error, then they are at fault for exploiting that basic decency and honor.

The Tommy Shelbys and Nucky Thompsons of the world are leeches on men like them, robbing them blind by exploiting their weaknesses. They are parasites on the real men of the world who would not be missed if they slunk back under the rock they crawled out of.

We should all hope to be more like those “suckers” who make the world go round than any gangster. In the end, the latter need the former much more than vice versa.