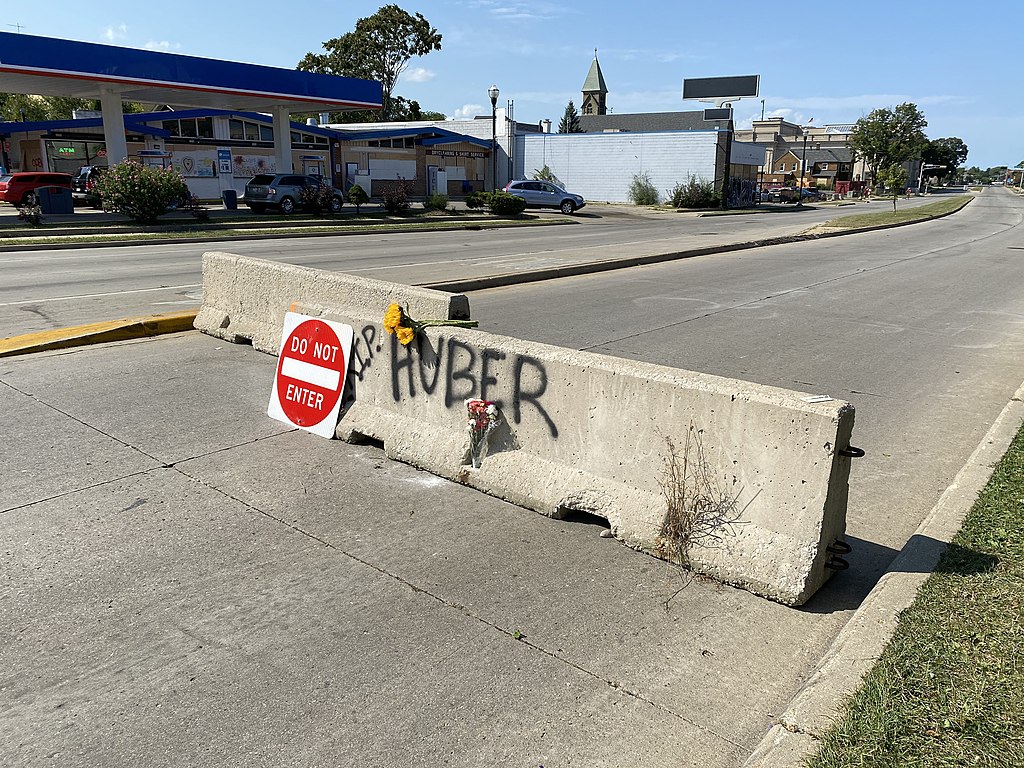 This week in Wednesday Writs, we’re doing something different. I’m going to attempt to break down the charges against Kyle Rittenhouse, the kid who shot three people with an AR-15 during a riot in Wisconsin last week. In doing so, I will endeavor to keep to a legal analysis, not a political or ideological one. Bear in mind that I am not licensed in Wisconsin and not an authority on the law of that state. However, I can read a statute, so I will start there, and explain what the charges mean. I’ll attempt to apply them to the facts, but as you will see, it’s quite a tangled mess to straighten out.

The charging document levels six counts against Rittenhouse, and I will discuss each in turn.

1. Count One: “First Degree Reckless Homicide, Use of a Dangerous Weapon”, Wisc. Statute 940.02(1) – recklessly causing the death of another under circumstances that show utter disregard for human life, a Class B felony punishable by up to 60 years. This charge also cites statute 939.63(1)(b), which adds 5 years to a prison sentence if the crime is committed with a dangerous weapon, which obviously includes a gun.

This count is for the death of Joseph Rosenbaum. Based on witness accounts and videos, and according to the complaint narrative, Rittenhouse raised the rifle and shot Rosenbaum at a car lot when Rosenbaum confronted him, threw something at him (the complaint says it was a plastic bag; it has also been speculated to be a brick, Molotov cocktail, or bottle of Gatorade) and tried to take his gun. Witness Richard McGinnis, a reporter, believed the first shot went into the ground, but that the gun was aimed directly at Rosenbaum for the next shots.

Elsewhere in the code, criminal recklessness is defined:

In this section, “criminal recklessness” means that the actor creates an unreasonable and substantial risk of death or great bodily harm to another human being and the actor is aware of that risk…

It is unclear to me what exactly makes the shooting “reckless”. That generally applies when a person does some act that, while not intended to cause a death or injury, nevertheless creates that risk. An example that comes to mind is playing with a loaded gun, spinning it around or shooting it off in a random direction; you may not intend to kill someone, but you should know that your actions create that risk. Unless the prosecution interprets that first shot hitting the ground as evidence that Rittenhouse’s gun went off accidentally, I see no suggestion that Rittenhouse did not intend to shoot Rosenbaum. I see two possible interpretations of his actions: an intentional murder or self-defense. It will be interesting to see what the prosecution’s theory is on this.

2. Count Two: “First Degree Recklessly Endangering Safety, Use of a Dangerous Weapon”, in violation of 941.30(1). That count is basically the same as Count One, except that it alleges only that risk was created, not that anyone was injured or killed. It is a Class F felony, punishable by up to 12 and a half years, plus 5 years for the use of a firearm.

3 and 4: Count Three: “First Degree Intentional Homicide, Use of a Dangerous Weapon”, in violation of 940.01. This is the intentional homicide statute: Whoever causes the death of a human being with the intent to kill that person or another is guilty of a class A felony,” punishable by life in prison. Count Four is attempt of the same, a class B felony punishable by up to 60 years.

With intent to” or “with intent that” means that the actor either has a purpose to do the thing or cause the result specified, or is aware that his or her conduct is practically certain to cause that result.

The footnotes of this section clarify that these affirmative defenses only mitigate the charge down to a second-degree intentional homicide rather than first. Note that section (b) is a sort of self-defense claim, but applies when either the belief that one is in danger or the belief that the force was necessary was unreasonable. A claim of pure self-defense which eliminates criminal culpability is elsewhere in the Code, at 939.48:

The underlying facts of Counts 3 and 4, based on the complaint, are that following Rosenbaum’s shooting, Rittenhouse runs away from the scene. Bystanders, aware of what has occurred, pursue Rittenhouse, yelling that he had shot someone. The complaint states that Rittenhouse trips and falls to the ground. He shoots at a man who jumps at him, but misses. That man leaves, and Rittenhouse is then approached by Anthony Huber, who hits him in the shoulder with a skateboard and tries to take the rifle. Rittenhouse rolls away, points the gun at Huber’s body and shoots. Huber collapses nearby, and later dies of the gunshot.

The First-Degree Intentional Homicide charge here hinges on the very heart of the debate surrounding the shootings. There is no question that Rittenhouse intended to shoot either Huber or Grosskreutz; like the Rosenbaum shooting, the only real question is whether or not it was justified.

If Rosenbaum’s shooting was self-defense, then it would not be a leap for a jury to find that he also had a right to defend himself against those who attacked him afterward. It is questionable whether the use of a firearm is reasonable in response to a skateboard, a plastic bag, or fists, but much less so in the case of Grosskreutz’ gun.

If, however, a jury believes Rosenbaum’s shooting was unlawful, self-defense in the aftermath may be precluded by Wisconsin law:

A person who engages in unlawful conduct of a type likely to provoke others to attack him or her and thereby does provoke an attack is not entitled to claim the privilege of self-defense against such attack, except when the attack which ensues is of a type causing the person engaging in the unlawful conduct to reasonably believe that he or she is in imminent danger of death or great bodily harm. In such a case, the person engaging in the unlawful conduct is privileged to act in self-defense, but the person is not privileged to resort to the use of force intended or likely to cause death to the person’s assailant unless the person reasonably believes he or she has exhausted every other reasonable means to escape from or otherwise avoid death or great bodily harm at the hands of his or her assailant.

In other words, you cannot start a fight and then claim self-defense when you are attacked, unless you believe you are about to suffer death or great bodily harm- but only if no other means to protect yourself exists. It’s easy to see how murky the waters may get under the facts as we know them.

If Rittenhouse establishes self-defense as an issue in the case at trial, and I believe he very well could do so, it will be the prosecution’s burden to disprove it beyond a reasonable doubt. In the end it is a jury question.

5. Count Five: “First Degree Recklessly Endangering Safety, Use of a Dangerous Weapon” – same charge as Count Two; the victim is an “unknown male”, presumably the man at whom Rittenhouse shot and missed prior to killing Huber. According to the complaint, this man ran at and jumped over Rittenhouse as he sat in the road. Claiming self-defense here may be a tougher sell as far as necessary force, but given the circumstances and the angry crowd a jury may still believe he had a reason to fear the man.

6. Count Six: “Possession of a Dangerous Weapon By A Person Under 18”, in violation of 948.60(2)(a). This one causes me the most consternation. While I can reasonably formulate a prosecution argument under the first five counts, this charge appears to be wrong on its face.

The statute reads “Any person under 18 years of age who possesses or goes armed with a dangerous weapon is guilty of a Class A misdemeanor.” Rittenhouse is only 17, so simple enough, right? No, because a few paragraphs below we have this:

This is an awkwardly written statute, but what it means is that if the person under 18 has a rifle, then this statute only applies if the person is violating 941.28, which is a prohibition against shortened barrels, or 29.304 which prohibits a child under 16 from hunting with a gun or a crossbow, or 29.593 which is basically hunting without a license. Rittenhouse was armed with a rifle, and is not alleged to be in violation of any of those provisions. Despite repeated assertions that he was “illegally carrying a gun”, it does not appear to the case.

It is true, though, that Rittenhouse is an Illinois resident. In his home state, Rittenhouse is required to have a FOID: Firearms Owner ID before he could legally possess the rifle. Reports are that he did not. If he brought the rifle from home to Wisconsin, he may have possessed it illegally, at least until he reached the Wisconsin state line. At that point, it is unclear, but I have found no specific law that makes it a crime to possess a firearm in one state that you cannot legally possess in your state of residence. It may exist; I cannot say definitively, but it does not appear he was in violation of any gun laws.

The facts of this case are hard to untangle, and the charges were hastily thrown together. It remains to be seen what a grand jury will decide the proper charges should be, but the entirety of this case hinges on whether or not the finder of fact believes Rittenhouse acted in self-defense, from beginning to end.