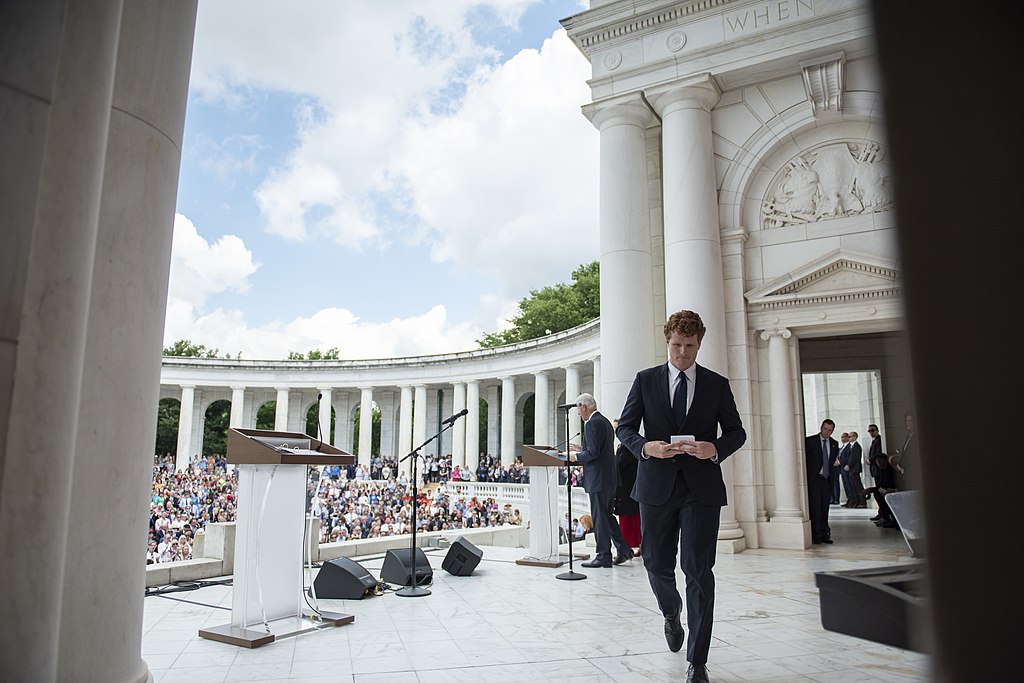 The morning headlines will be filled with “First Kennedy to lose an election in Massachusetts” and “First time in X years no Kennedy will be in federal office”, but the fact remains Senator Ed Markey has put down to electoral defeat the Kennedy brand, for now.

Markey, 74, assumed his current office in July 2013 after winning a special election. He was chosen to serve out the balance of John Kerry’s sixth Senate term after Kerry was appointed U.S. Secretary of State. The Malden native then won a full six-year term by winning a 2014 Senate election.

Before his Senate appointment, Markey served the 7th District of Massachusetts in the U.S. House of Representatives from November 1976 through July 2013. He won 19 reelection campaigns during his tenure in the House.

Markey is the Senate author of the Green New Deal, a proposed legislation package focused on climate change and energy policy. His co-author on the bill is Rep. Alexandria Ocasio-Cortez, of New York, who endorsed him in the primary race. Markey also served as the chair of the House Energy Independence Committee from March 2007 until January 2011.

“This campaign has always been about the young people of this country,” Markey said. “You are our future, and thank you for believing in me because I believe in you. If we all keep believing together, we may just get my sneakers to last another eight weeks on the campaign trail.”

Kennedy, 39, assumed his current office as the representative for Massachusetts’ 4th Congressional District in January 2013, replacing longtime congressman Barney Frank following his retirement. He currently sits on the House Committee on Energy and Commerce and chose to challenge Markey for his Senate seat in September 2019.

Kennedy III had received an endorsement from Speaker of the House Nancy Pelosi, who chose him to deliver the Democratic response to President Donald Trump’s 2018 State of the Union address.

“No matter the results tonight, I would do this again with all of you in a heartbeat,” Kennedy said. “We may have lost the final vote count tonight, but we built a coalition that will endure. Because this coalition — our coalition — is the future of a Democratic Party.”

It’s true that Kennedy was the victim of changing politics, but he was mostly the victim of another of the best-known qualities of the Kennedy political dynasty: horrible judgement. There never was, and Joe couldn’t articulate, a reason for him to replace Ed Markey other than “I’m a Kennedy and it’s my turn”. This argument went so well it ended in a double-digit loss. It may prove to be even more foolish should Joe Biden win the presidency and the persistent rumors of Elizabeth Warren getting tabbed for a role in his administration play out. The inability to wait an additional four months has cost Joe Kennedy his House seat, a bunch of political capitol, and managed to make his biggest mistake — ticking off a growing faction of his own party. The same coalition of progressives that powered Sen Markey will be looking other than into the past for the next open Senate seat, with “squad” member and fellow Massachusetts Rep. Ayanna Pressley among others who will be looking to move up. With the senate tied up, a fresh set of political enemies, and Charlie Baker ranking as one of the most popular governors in the country, that doesn’t leave much room for a reboot for Joe, third of his name.

But still, the “Kennedy Dynasty is Dead” could be a bit premature. At only 39, and with obvious advantages others don’t have, Kennedy will likely be back again. Even in defeat, plenty of opinion pieces are going heavy on the hagiography, as opposed to just running with the obvious: the name Kennedy might get you recognition, but you better have a Googleable story that is more than just your last name. If Joe Kennedy wants to rebuild his career the old fashioned way he can take another run at congress in two years, or, perhaps better for repairing his in-state reputation, go for Massachusetts AG if Maura Healey takes a widely-expected shot for Governor. Or he can go after the senate again and run into the same questions and problems without having fixed any of them. Whatever comes next, there will be no shortcut for Joe Kennedy III to higher office.

It’s heartening, though, in a year that has brought out the absolute worse in so many ways, especially politically, that some sense of fairness remains. What happens to someone electorally is still mostly up to them, their decision making, and how hard they work for it. Even for a Kennedy as comparatively amiable as Joe III seems to be, who can either learn and grow from this, or not, and become the latest in a long line of “might have beens” with a legacy name but not much to show for it. Even for the surprising “next big thing” that turned out not to be the younger man in the race, but the 74 year old incumbent who has been in elected office since the Gerald Ford administration and became a banner carrying progressive champion. Even for whatever comes next in the great commonwealth of Massachusetts.

All as it should be.