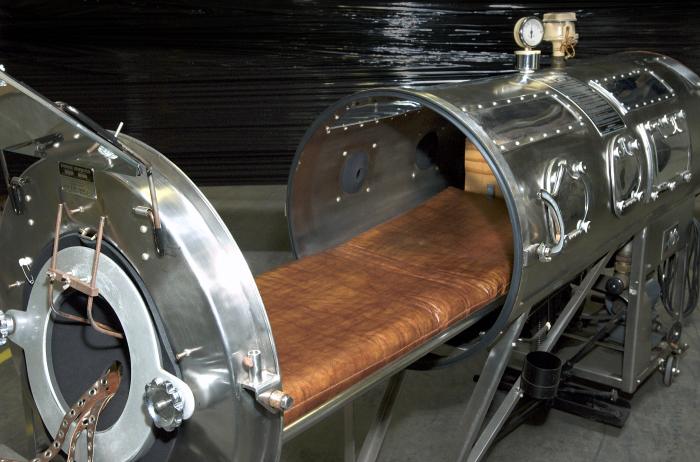 The iron lung, needed for those who couldn’t breath because of polio infections.

[ThTh1] Ali Maow Maalin was a cook working at a hospital in Merca, Somalia. In October 1977, one of the last outbreaks of smallpox occurred nearby. He drove two infected girls — one of whom later died — from the hospital to an isolation camp. During that journey, he was infected. At first, he tried to hide, but he was found and put in isolation. Despite having interacted with many people while infectious, none of them caught the disease.

Maalin would be the last human being to catch smallpox.

Three years later, the WHO would confirm that we had eradicated the disease from the planet. While there have been a few scares — the odd scab appearing in an antique book or a vial going missing at the CDC — we have not had a case since Maalin’s. The eradication of smallpox — arguably the most brutal disease in human history, having killed 300 million just in the 20th century — is one of the great triumphs in human history.

Thirty years later, Maalin would get involved in the effort to eradicate polio. He would tell his story to those reluctant to get vaccinated. He wanted to see polio die in Somalia the way smallpox had. Unfortunately, he contracted malaria during one of his travels and died.

This week saw the WHO announced that polio has been eradicated in Africa, a monumental step in our efforts to destroy a disease that has killed and maimed millions. It is now endemic to only two countries — Pakistan and Afghanistan. Unfortunately, our efforts to bring down the virus’s last redoubts has been frustrated by war, religion and bad faith actions by the CIA. But I still hope that we can get this done. And consign one more viral killer to the dustbin of history.

[ThTh2] Speaking of plagues, Orac has two takedowns of COVID-19 pseudoscience. The first is a “study” that claims that nations that used hydroxychloroquine to treat COVID-19 had far lower deaths rates than those didn’t. It’s hard to sum up everything that is wrong with this claim. Let’s just use Vinny Gambini’s opening argument and leave it at that. The second is the claim that there is something dangerous about using horseshoe crab blood in vaccines. Orac goes through why we use this and the efforts to use something that’s a bit more humane.

[ThTh3] That is actually the tip of the iceberg when it comes to recent COVID news. The big news was that a man in Hong Kong was confirmed to have had a second COVID infection a few months after his first. While this has caused some panic about the possibility that a vaccine won’t work or that we can’t achieve herd immunity, experts are weighing in and saying this is not unexpected nor particularly alarming. What’s telling is that his second infection was asymptomatic. His body ramped up its immune response almost immediately and defeated the virus. He could have spread it so there is a concern. But if our bodies slowly learn how to deal with COVID, that gives us hope that an annual shot could grant immunity or resistance.

Remember, a vaccine doesn’t have to give “sterilizing immunity”, in which you can’t catch the virus ever again. If it simply builds our resistance to the virus so that COVID-19 infections are mild, that will be enough.

[ThTh4] We can’t see inside the Sun. Or can we? Neutrinos are produced by nuclear reactions inside the Sun and blast right through all those heavy layers of hydrogen. We finally detected neutrinos from a different kind of nuclear reaction in the Sun’s core, which confirms a huge amount of astrophysical theory.

[ThTh5] Speaking of the Sun … solar power is good, but I’ve long been suspicious of projections that it will allow us to replace fossil fuels completely. Apart from the variation in solar energy through the day … apart from issues of land use … apart from issues of rare earth metals … there’s the waste. Solar panels lose efficiency and have to be replaced. And doing so will generate six million tons of toxic garbage a year by 2050. By comparison, nuclear power in the US produces 2000 tons of radioactive waste a year. You could power all of humanity ten times over and still produce less waste in volume, even assuming no gains in efficiency or improvements in disposal methods for radioactive waste.

There is no magic energy fairy. There are always tradeoffs. To me, the tradeoffs of nuclear make it the least bad choice. Others may disagree. But we have to at least acknowledge the problem.

[ThTh6] Still, debates over energy sources aside, we can’t keep ignoring the elephant in the room:

[ThTh7] Our friend Kristin uses a silly debate over a stupid song to educate folks on the female body and sexual response.

[ThTh8] Look, do you know how many stars are out there? 200-400 billion in our galaxy alone. Anyone can misplaced one or two or a hundred.

[ThTh9] The 1918 Flu Pandemic keeps being used as a comparison to our present situation. It’s quite apt actually. What’s noticeable about that paper though is how awful disease was before the 20th century. Imagine having a COVID-19 just about every year.

[ThTh10] Last week, a car-size asteroid passed relatively close to the Earth, just 3000 kilometers away. The asteroid would not be dangerous, but it’s a nice reminder of just how much stuff is still out there.

Seeing Saturn though the lens of Titan.

[ThTh12] We’ve long speculated about microbial life in other places in the solar system: Mars, Europa, Titan. The clouds of Venus are another possibility.

[ThT13] One thing I’ve always wondered: why do plants reflect green light if the Sun’s energy distribution peak in the green? Some new insights might explain it.