Wednesday Writs: Joseph DeAngelo Gets What He Deserves Edition 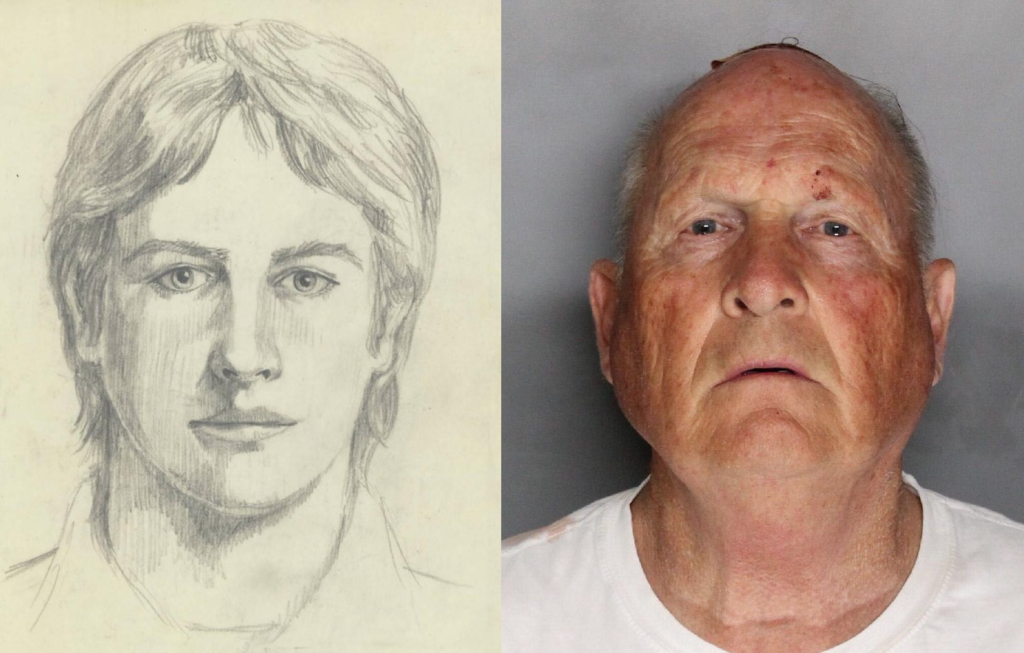 L1: Forty-seven years after his reign of terror began, Joseph DeAngelo, aka The East Area Rapist, Visalia Ransacker, Original NightStalker, or Golden State Killer, has finally been sentenced. DeAngelo, who killed 13 people and raped over 50 women in a known span of 13 years, was the first high-profile criminal to be identified and apprehended due to the use of familial DNA matching. He pleaded guilty to the 13 murders in June (the statute of limitations has long since expired on the rapes) and avoided the death penalty, with the blessing of the victims and their families. Last week, many of them gave their statements to the court before the judge imposed sentence on Friday. DeAngelo, 74, was sentenced to eleven consecutive life sentences. DeAngelo said he was “sorry” and his attorneys presented letters from his family, who blamed DeAngelo’s evil on his “stern” and abusive father. Nevertheless, the Court imposed the maximum allowable sentence.

The old man has given the appearance of frailty in the 2 years since he was arrested, coming into court hunched over in a wheel chair. This was an act, as evidenced by video released by prosecutors after the hearing.

L2:For months now, protesters in Tennessee have been camping out overnight outside of the state capitol, in an attempt to meet with the governor. Those attempts have failed, and the Tennessee legislature has passed a bill making the overnight camp outs a felony. In Tennessee, that means anyone convicted will lose their right to vote. Camping on state property was a misdemeanor prior to the new bill. The bill is not limited to protesters; homeless individuals sleeping on state property will also be made felons.

L3: The Fourth Circuit has struck down parts of the federal Anti-Riot Act after two protesters convicted under the law appealed their convictions. The two convicted men argued that the law, which prohibits speech that promotes, encourages, or urges rioting, is a First Amendment violation. The Court agreed, holding that part of the statute was invalid. Nevertheless, the Court upheld the convictions under the remaining provisions of the law due to acts of violence committed by the appellants. The men, Benjamin Daley and Michael Miselis, are members of the white supremacist “Rise Above” movement, and their convictions stem from their participation in the 2017 “Unite the Right” rally in Charlottesville.

L4: Minnesota resident Emma Dietrich’s car was seized by police after a drunk driving arrest last year- even though she was not the one doing the drunk driving. She had given her keys to a co-worker she believed was sober. After he was clocked doing 118 on the interstate, the driver refused a breathalyzer and was arrested. The car was seized by the State Police, requiring Dietrich to pay thousands to “buy back” her automobile– all apparently legal under Minnesota law. Adding insult to injury, she is now required to have “whiskey plates”, a license plate which identifies drivers with a history of drunk driving arrests.

L5: The legal battle over availability of plans for creating 3-D printed guns has been going on for five years and counting. A Texas company publishing the plans, Defense Distributed, filed suit against nine states’ attorneys general for infringement of First Amendment rights over their efforts to stop the distribution. Last week, the Fifth Circuit reversed and remanded a district court decision that had dismissed Defense Distributed’s law suit for lack of personal jurisdiction.

L6: More details have been released in the state of New York’s investigation into the Trump Organization, revealing that the probe is civil in nature, and is focused on tax improprieties related to the forgiveness of $100 million of the president’s debt, and whether Trump misled lenders about the value of assets. This is in addition to the ongoing investigation over payoffs to women with whom the president has had affairs.

L7: Among those receiving PPP loans for pandemic hardships was disgraced televangelist Jim Bakker’s Morningside USA “ministry”, which received approval for $650K to $1.7 million. All PPP applicants are required to certify that they are not engaged in any illegal activities. Meanwhile, Bakker, a convicted felon who spent five years in prison for fraud, is under investigation by the Missouri, New York, Arkansas and the FDA for deceptive practices after peddling a COVID-19 miracle cure on his show. The Small Business Administration says they made no eligibility determinations in approving loans; review of possible false certifications will be done after the fact. If it is determined that Bakker’s organization falsified the certification, he may have to repay the loan as well as face civil and criminal penalties.

L8: Thailand ordered Facebook to restrict users of the social media from a group dedicated to criticizing the Thai government. Facebook complied, but says it will challenge the order in Thai courts. The spat comes amid unrest and protests against the power of the Thai Monarchy.

L9: The death sentence imposed on Scott Peterson, the California man convicted of killing his wife Lacy and their unborn son and disposing of them in the San Francisco Bay on Christmas Eve in 2002, has been overturned. The murder convictions remain, and the state must now decide whether to redo the sentencing hearing or let the default sentence of life in prison without parole stand. The California Supreme Court ruled that the trial court erred in dismissing jurors who indicated that they did not agree with the death penalty, even though they agreed they would impose it if the law required.