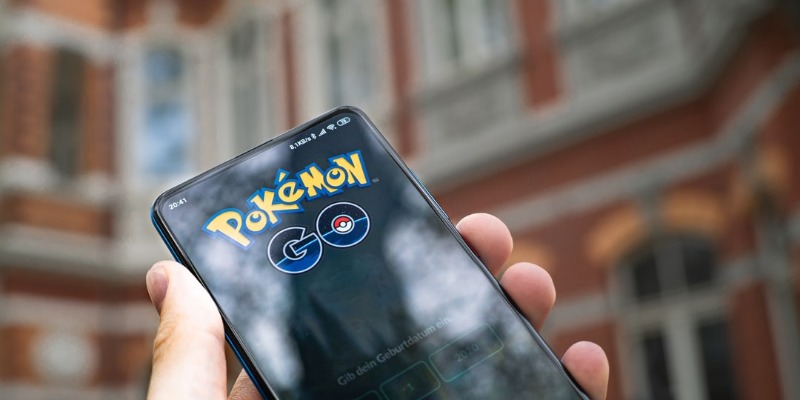 Remember the summer of 2016 when Pokémon Go first came out? Even if you never played it, you definitely noticed many people playing it around you. Crowds of people, all staring intently at their phones and meandering seemingly directionlessly at approximately 2 miles an hour, everywhere you go. For a few months the game brought people together and it seemed as if world peace really was possible. But then inevitably, the hype died down and the crowds dissipated.

While the game has mostly disappeared from public consciousness, millions of people around the world still play it more than four years after it debuted in July of 2016. Niantic, the San Francisco-based company that made Pokémon Go, generated almost $900 million in in-app purchases in 2019, surpassing their previous best year in 2016, and they are on track to best that number in 2020.

You might be wondering, how do people play a game that requires you to go outside, when there’s a pandemic and no one can go outside? The answer lies in how the game has evolved in the four years since it came out. Even before 2020, Pokémon Go had gone from a game where you play by walking around to one where that is not always necessary, or even optimal.

At its core, Pokémon Go is an augmented reality game where the main objective is to catch Pokémon that appear on the map around you. You walk around, Pokémon pop up on your map, and you try to catch them, hoping to eventually catch ’em all. Since the Pokémon that appear are the same for everyone, many players developed online maps that show you where Pokémon are in their local areas at all times. This is very useful as certain Pokémon are rarer than others and you mostly likely won’t encounter them much if at all unless you have a map that tells you where they are when they appear (Pokémon usually disappear after 30 minutes or an hour), and as after a while most players will have already caught all the common Pokémon, the focus is almost exclusively on chasing the rare ones.

In July 2017, the game introduced raid battles, where you and other players can team up to battle an overpowered boss and try to catch them when you win. The battles take place in gyms, which are usually local landmarks like statues and churches (if you play every day, you end up learning the location of every church in your town). Since these bosses usually disappear after 45 minutes, you’d need a map or local chat groups to learn where they are, and when one appears, you’d likely want to drive to where it is before it’s gone, especially if you are aiming to do multiple battles in a row.

So even before the pandemic, Pokémon Go had become a game that you can play within the confines of your car. Nevertheless, there were still many players who do it the old fashioned way of walking around. When the pandemic hit and lockdowns started happening around the world, one would expect a game based on going outside would struggle. Instead, the player base increased. Millions of people suddenly had much more free time on their hands as people lost their jobs or are working from home, with not much to do anywhere. For many stuck at home, the only time they go outside is to walk in their neighborhoods for their daily exercise, and why not open up a game you haven’t played in a while that’ll entertain you on your walk?

Niantic, for their part, did an excellent job quickly making changes to their game to make it possible to play from home. An in-game item, an “incense” that draws Pokémon to where you are, was made much more effective and last twice as long, and the game gave 30 incense free to every player. Another aspect of the game, battling other players with the Pokémon you have that was introduced in December 2018, previously had a requirement that you walk a certain distance before you can participate, and that requirement was waived. Other changes have been added since to enhance the play-at-home experience, including allowing players to have gifts (which you open for items) to send to friends without leaving the house, battles with Team Rocket (one of the franchise’s antagonists) that come to you in the form of air balloons, and remote raid passes that allow you to fight a boss at a distant gym from wherever you are.

Lockdowns have ended in most of the world but the changes in the game have stayed. Some of these changes, especially the remote raid passes, have been making Niantic very profitable. Niantic has said that they plan to have Pokémon Go be a 20-year game, and while that might be a bit unrealistic, it’s clear that the game still has a lot of life left. For the foreseeable future, Pokémon Go will be a game that many people will be playing on foot, in their cars, and at home.