Dancing In A Constant Feedback Loop: The Big Sort and COVID 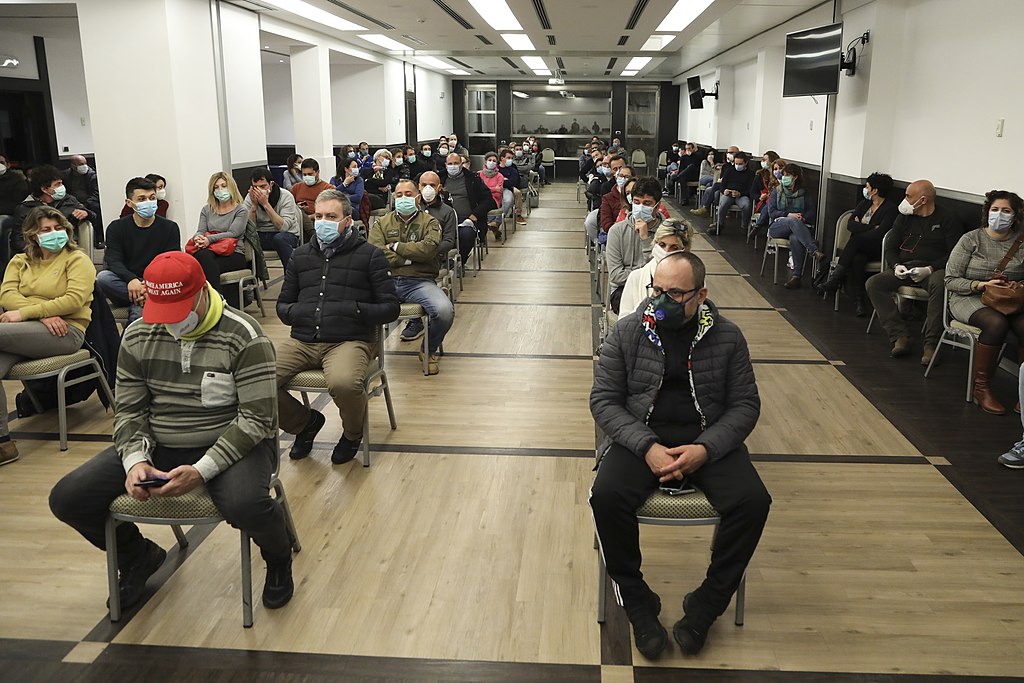 A couple of years ago, one of my kids was playing soccer on a Friday night. The game was played at the soccer league’s home fields, which was located in a very well-heeled suburb, one that straddled the line between upper-middle and outright upper class. My in-laws joined us for the game, and my father-in-law made a curious observation. Looking around at the all the parents along the various fields, almost no one was obese. Sure, there were a few snug waistlines to be found, but on the whole, this was a very fit group of parents

It was a stark contrast to the usual Southern ballpark, where the diversity of body types covers a very wide gamut. What my in-laws — themselves a pretty fit, healthy couple — were witnessing up close was the tendency of one social class to tightly define its norms and expectations. Sometimes that takes the shape of intense social pressure, but very often, it’s just a matter of normalcy. In other words, the running shoes, the athletic shorts, the early Saturday runs — that’s not peer pressure; over time it’s just what you do.

There is no shortage of books written about the Big Sort, the phenomenon of two social classes self-sorting into their own enclaves as a result of the cognitive elite intermarrying and choosing to live among its own peers, leaving a middle class hollowed out and slowly drifting to one camp or another. Conservatives read and argued over Charles Murray’s Coming Apart, and there is The Big Sort itself, Bill Bishop’s book that lays out the phenomenon in greater detail.

It’s a familiar phenomenon that touches on issues of taste and culture, from craft beer to Bud Light, MLS to NASCAR. This divide has taken on a new resonance in the last several years in terms of media consumption, the most obvious example being the gulf between those who regularly watch and absorb Fox News, and those who do not. It was an undercurrent to other books such as Jonathan Haidt’s The Righteous Mind and Tom Nichols’ The Death of Expertise. America has always been a melting pot of cultures, but we are now a nation that increasingly lives in a small handful of very different realities. Arguing the virtues of Rachel Maddow against Laura Ingraham at Thanksgiving is one thing, but during a pandemic, the argument has far more serious consequences.

Depending on the media you consume, COVID-19 is either a mild sickness blown out of proportion in order to undo President Trump’s reelection bid, or it is the end of America as we know it. Those in the former group see the pandemic concern propagated by the same class of people who fret over global warming at the first sign of a hurricane, while those in the latter group find the populist response to COVID mitigation measures as selfish, inhumane, and downright weird.

The problem is that the responses to COVID-19 are different, not just based on state or region of the country, but even within the smaller communities where we reside within a metropolitan area. In several recent episodes of The Dispatch podcast, David French was remarked that as he travels from metro Nashville into more rural locales within Tennessee, the scarcer mask usage becomes. My experience in Alabama is similar; as a mere anecdote, rural communities seem to be less committed to mitigation practices, while aspiring communities in and around cities seem to be more committed. Perhaps the best evidence is found in school reopening plans. Many suburban districts plan for staggered reopenings, with students attending on alternating days and requiring masks. While many rural schools are offering virtual options, those same districts are not requiring masks among teachers and students, creating a very real problem for mitigation.

The pandemic reveals two broad classes of Americans, and two very different responses. We might loosely define the first group as belonging to the meritocracy. While creative and willing to take risks, this is a class of people that achieved much of its success through rule-following. They trusted experts because they were the experts: doctors, researchers, lawyers, engineers. Their kids’ pediatrician wasn’t just the doctor, she was possibly a neighbor, as well. There was never a doubt over the deaths in New York City because these people had friends and family who lived there. Everything about the social milieu this class inhabited reinforced the seriousness of the pandemic, which made the urgency of their preferred media outlets – MSNBC, CNN, NPR – all the more prescient.

The second class arrived at its position not through the structured meritocracy of ACT prep courses and Junior League service hours, but through the personalized risk that only a small business owner can undertake. When spring lockdowns took place, it was the very livelihood of this class that was at risk. There was no remote work, no continued salary, no extended benefits – only shops and storefronts that remained closed under government orders. Understandably frustrated, this class had risked much before – why not allow them to risk again? These citizens were ripe for the President’s messaging of a COVID miracle because if the virus didn’t disappear, these folks were going to face a severe economic storm. The populism of Fox News and talk radio, along with the anti-authority, expert-doubting rhetoric from countless Republicans, was perfectly suited to the mood of these citizens and their extended communities.

Neither of these classes is superior to the other; there are virtues among both groups of people. The problem we now face is not just that these two groups live apart from one another, that they don’t share meals, and their children never play baseball or even date and marry later in life. The problem in a time of pandemic is that the classes digest vastly different media designed to appeal not only to their lifestyle, but to their very mindset. At every turn, one set of media calls the viewer to a radical trust in expertise, while the other set casts aspersions upon expertise and flatters the viewers’ intrinsic understanding of the way the world works.

The novelty in this case is not that Americans are digesting biased media; that is as old as the Republic itself. Two hundred years ago, Federalist and Democrat newspapers would at least agree on the happenings in the nation, even if they disagreed radically about both the causes and effects of those events. Yet now the gulf between two media poles finds one set of viewers taking the pandemic extremely seriously, and other merely taking it in stride. Yet this is not a lifestyle choice with secondary environmental or health consequences, like the decision to recycle or not, or to force your kids to wear a bicycle helmet. The mitigation efforts required to control COVID-19 long enough to secure either a vaccine or therapeutic treatments cannot be the work of just some segments of the country, and it is both poor citizenship and media malpractice for viewers and media outlets to dance in a constant feedback loop that denies an outright reality.

There are exceptions, of course, for good and ill. Many of the business owners who resisted the lockdowns are now happy to comply with mask mandates and demand as much from their customers and clients. The racial justice protests of early summer were in support of a very noble cause, yet there was and remains a very real dissonance between the voices that excused those protests while continuing to shutter businesses and, worse, denying loved ones a chance to properly mourn their dead. More bizarre is the COVID treatment regimen of Christina Cuomo and Alec Baldwin’s interview with anti-vaccine activist Robert F. Kennedy, Jr., both of which could easily be found in any number of far right Facebook groups. Swap Cuomo or Kennedy for a megachurch social media influencer, and Rachel Maddow would have a week’s worth of content, which tells us that neither class has a monopoly on sanity. When it comes to alternative medicine, horseshoe theory is all too real.

America is in desperate need of civic renewal. Solving this crisis might mean both left and right abandon certain symbolic, if not policy, positions. It also means we must find ways — and our leadership class must actually lead on this point — to break down the contrived barriers of the Big Sort. Every community is going to have varying tastes and customs, but a nation cannot survive when communities live in wholly different realities. It is no longer difficult to imagine a community whose response to expertise — possibly a blind acceptance but more likely an outright rejection — drives it straight off a cliff. We must demand more from our political leaders, our media class, and — above all — each other.