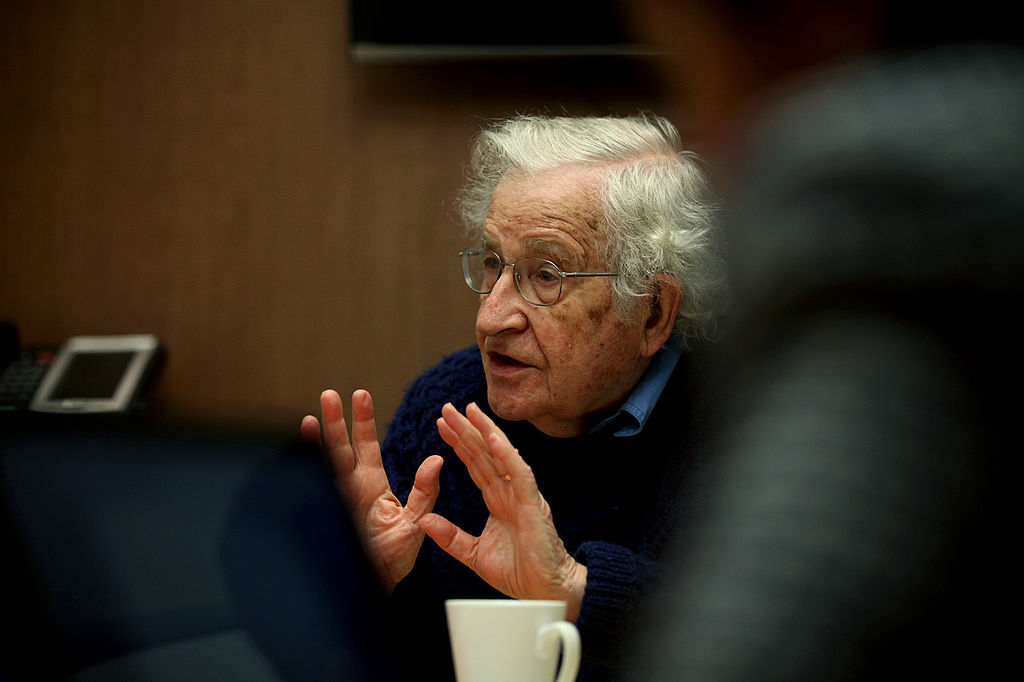 ​“Tankie” is a “pejorative” term that basically means, in the post-Soviet era, a pro-communist or just communist. A commie bastard if you will. In practice back in the day, it meant someone who was pro-Soviet. Based on this definition, Noam Chomsky is easily the most notorious tankie of his era. While the man is still alive, he is so old that he was a tenured professor before JFK committed ground troops to Vietnam. He was a professor at MIT before Kennedy was even elected president! Dude’s been around for awhile, is what I’m saying.

Now, why is he a tankie? Before the age of the Internet, propaganda was much more rampant and harder to disprove. For it was much easier to convince people that X didn’t do Y if there was no video showing Y happened in Z country thousands of miles away. The Soviet Union was notorious for utilizing this exact type of propaganda. “Who are you going to believe, me or these lying photographs of rampant slaughter?” Noam Chomsky, a man who seriously proposes that communism would work if every government in the world was communist (lots of problems to digest with that proposal,) swallowed basically every piece of Soviet propaganda he came across. “Oh, I totally believe the Viet Cong only killed a few people and didn’t slaughter thousands or tens of thousands!” The key to effective propaganda is not denying all murders in total, but to downplay the actual casualty count so that people like Chomsky can point to the lower numbers and go “It can’t be that bad!” It was, in fact, that bad.

The Potemkin Village is a concept that in modern usage mostly applies to communist countries as a way to hide their terribleness and misery from “influencers” who visit these countries. Basically, the commies take a block or neighborhood and build it up to look good (while likely not actually being good, for appearance’s sake,) so that these useful idiots, who will only be shown what the commies want them to see, will then say the country isn’t somehow bad for everyone not in the communist leadership structure. Jay-Z and Beyoncé were these such idiots when Obama normalized relations with Cuba in his second term. Pure propaganda, which is why I will always love The Interview for not shying away from spotlighting this tactic.
​
In the post-Soviet era, Chomsky would re-brand himself as an anti-propagandist. That’s like Jeffrey Dahmer becoming an anti-necrophilia activist. Most people with a brain who know that his previous writings are still readily available know he’s a damn ghoul, but his fanboys treat him like a god. And he leaned into that, denying all the awful things he ever advocated once it became obvious he was parroting Soviet propaganda. He denies that he ever advocated for the Khmer Rouge or downplayed the Cambodian Genocide even though he was the most prominent intellectual for both. When you have your own section in the Wikipedia article for Cambodian Genocide denial, you’re probably not a good guy. I won’t rehash all the awful things communist countries did starting in the early 20th century to today, but it’s not good. A hundred million dead or more in a hundred years is not exactly growing pains. That’s just evil. Anyone who denies that is a ghoul.

These days Noam Chomsky spends his time speaking against “propaganda.” Of course, propaganda to him is anything that makes capitalism, the United States, or Israel look good. He’s one of the forebears of the stupid term “American hegemony” (a topic for another day.) His theories for why 9/11 really happened were so ludicrous but serious sounding that Osama bin Laden himself changed his tune and started parroting that vicious propaganda as the “real reason for 9/11” even though Osama was pretty clear as to why he did it before and directly after 9/11. The videos of his speeches still exist! A smart man might have realized he was being used by a mass murderer to justify the dude being a mass murderer, but Noam Chomsky is nothing if not willfully blind to such things. He merely went “See, Osama agrees with me now!” Not a hint of irony there. His theories on Israel are so invidious that they are used the world over by anti-Semites to justify their hatred of Jews with the fig leaf of anti-Israeli “intellectualism.” When I say he’s a terrible person, I truly mean it. He’s one of the most odious men alive who isn’t an outright criminal.

​And I’m just getting started…