Bannon and Kolfage, When the Walls Fell 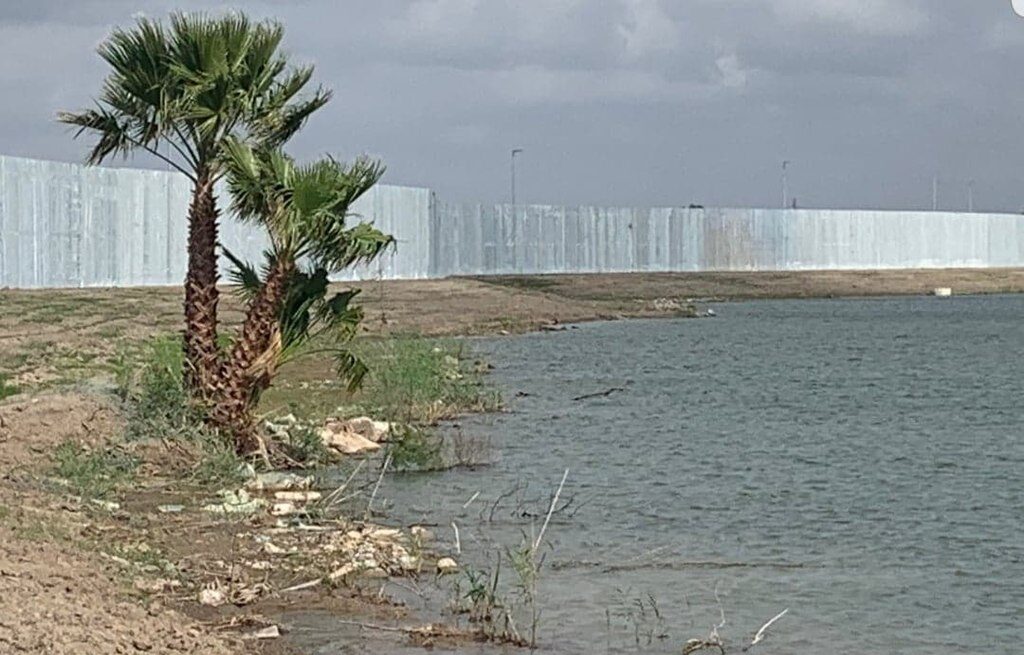 There are three stages to a successful money laundering operation.

Step 1: Placement — All that money has to go somewhere, preferably into assets and expenditures that are cash dependent.

Step 2: Layering — moving, depositing, and extracting varying amounts through different accounts/trustees/holdings to make their actual use and purpose as hard to trace as possible

Step 3: Integration / Extraction — finally, all that money gets used for what you really want it to be used for, preferably without folks knowing where you got it.

But the brain trust of Brian Kolfage, Stephen Bannon, and two other folks went with the “Hey, there is a huge pile of $20 million dollars in a very high-profile setting, let’s go steal that!!!”

This sordid tale starts with Brian Kolfage. Brian Kolfage had already built himself a nice little grifting business by 2018, but fell on hard times when his FreedomDaily website was shut down in January of that year. Facebook then shut down his second enterprise, Right Wing News, later that year, banning Kolfage along with others for using multiple “drone” accounts to juice their numbers and influence. Kolfage was not happy, threatening to sue:

Some of the removed accounts included conservative news sites such as Right Wing News, which had more than 3.1 million followers, and left-wing groups such as Resistance and Reverb Press, according to The New York Times. Facebook told The New York Times that the accounts the company removed were run by Americans.

Right Wing News said it will take legal action against Facebook if the social network doesn’t restore its page.

“We did run multiple Facebook pages; Facebook allows businesses to have more than one page, and we did own them and had them for years. We were not ‘spamming,’ we were not using fake accounts, we were not doing anything ‘wrong’…except we supported President Trump, and apparently that’s not allowed,” wrote Brian Kolfage, who managed Right Wing News’ Facebook page, in a lengthy post on the news site.

But he never did, because he didn’t want the discovery to expose his real business — email harvesting and fundraising. Such lists are valuable in political circles, with big campaigns paying as much as millions for them. As early as 2013 Kolfage, a triple amputee Air Force veteran who was wounded by a rocket attack on Balad, AB, Iraq in 2004, had been using GoFundMe campaigns for highly questionable purposes:

In June 2013, Kolfage crowdfunded his Wounded Warrior Mentor Engagement Program, which he claimed to have launched in response to President Barack Obama’s “slashing” the funds that used to pay for Kolfage’s trips to military hospitals.

By 2015, he had raised over $20,000 through the GoFundMe and an additional fundraiser — a calendar sold on the hyperpartisan conservative news site, 100percentfedup, which netted an additional $4,000, according to a Facebook post by Kolfage and an interview with the site’s owner.

“100 percent of those funds were used for these trips,” Kolfage told NBC News in a text message.

But there is no record of Kolfage visiting Walter Reed, Brooke Army Medical Center, Landstuhl Regional Medical Center or other veterans hospitals since 2013, according to representatives from each hospital contacted by NBC News. BuzzFeed News was first to report the details of Kolfage’s mentor program.

“No one on our staff that was here during that time period can recall working with Mr. Kolfage,” Robert Whetstone, deputy of communications at Brooke Army Medical Center, wrote in an email to NBC News.

In 2014, Kolfage launched a T-shirt campaign to cover the legal fees associated with a lawsuit against people he said had defamed him on Facebook, calling him a plagiarist and a racist, among other things. In 2015, Kolfage’s wife started a fundraiser asking for $100,000 to buy land for a new home.

Kolfage’s most recent Fight4Freedom fundraising campaign newsletter came from his personal email address, but spoke about him in the third-person.

“If you’re ready to give back to a veteran who has given so much, then this is your chance to directly impact him and his family as well as fighting for conservative values,” the email read.

So, by winter of 2018, old Brian has himself a problem; his income streams have been limited, he’s banned from his primary platform of doing another venture, and his lifestyle needs to be maintained. That’s when Kolfage ran back to the familiar well of GoFundMe and launched the “We Build the Wall” fund that went viral. By January of 2019, it was viral to the tune of $20 million and widespread news coverage. Thus, the scrambling began:

Six days after the campaign was launched, it was edited to include a new call: “AFTER DONATING, SIGN OUR PETITION WE NEED 100 million signatures.” The text repeats four times at the top of the page before any description about the fundraiser itself.

A spokesperson for GoFundMe told NBC News that all donors would be refunded because Kolfage had changed the language midcampaign, erasing an earlier pledge to “refund every single penny” if the goal of $1 billion was not met. Those donors will also be offered a way to refuse the refund and instead have it routed to a new charity set up by Kolfage, the spokesperson said.

Kolfage also used GoFundMe to solicit donations by check to a P.O. Box in Colorado, manned by former Freedom Daily writer Amanda Shea. The amount raised via checks is unclear, though Kolfage noted in a tweet that payments by check had put them “over the record.”

Time for some placement. “We Build the Wall” reorganized with an advisory board of Robert S. Spalding, John Daniel Moran, Jr., Erik Prince, Kris Kobach who served as treasurer and de facto spokesperson, and others with Steve Bannon being dubbed the chairman. In May, the group had a media hit showing them breaking ground on a section of fencing:

The ongoing campaign has raked in more than $20 million in donations on GoFundMe. The average donation was $67, Kobach said, and more than 300,000 people contributed.

Recent reports detailed how some donors questioned why they hadn’t seen any construction despite the millions donated, but organizers said they had to keep plans secret to protect the project.

“Remember powerful people want to stop our progress, so to not tip anyone off we are radio silent!” Kolfage wrote in a Facebook post shared by the group earlier this month. “The (American Civil Liberties Union) would file a lawsuit to impede our wall success if they knew where and when.”

On Monday, Kolfage and other supporters of the organization were trumpeting their efforts on social media.

“All the haters said it was impossible!!” Kolfage wrote on Twitter. “Bahaha where ya at now?”

As it turns out, they were in the offices of the Public Corruption Unit of the United States Attorney, Southern District of New York. And they were busy detailing the Integration/Extraction stage:

Starting in approximately December 2018, BRIAN KOLFAGE, STEPHEN BANNON, ANDREW BADOLATO, and TIMOTHY SHEA, and others, orchestrated a scheme to defraud hundreds of thousands of donors, including donors in the Southern District of New York, in connection with an online crowdfunding campaign ultimately known as “We Build The Wall” that raised more than $25 million to build a wall along the southern border of the United States. In particular, to induce donors to donate to the campaign, KOLFAGE repeatedly and falsely assured the public that he would “not take a penny in salary or compensation” and that “100% of the funds raised . . . will be used in the execution of our mission and purpose” because, as BANNON publicly stated, “we’re a volunteer organization.”

Those representations were false. In truth, KOLFAGE, BANNON, BADOLATO, and SHEA received hundreds of thousands of dollars in donor funds from We Build the Wall, which they each used in a manner inconsistent with the organization’s public representations. In particular, KOLFAGE covertly took for his personal use more than $350,000 in funds that donors had given to We Build the Wall, while BANNON, through a non-profit organization under his control (“Non-Profit-1”), received over $1 million from We Build the Wall, at least some of which BANNON used to cover hundreds of thousands of dollars in BANNON’s personal expenses. To conceal the payments to KOLFAGE from We Build the Wall, KOLFAGE, BANNON, BADOLATO, and SHEA devised a scheme to route those payments from We Build the Wall to KOLFAGE indirectly through Non-Profit-1 and a shell company under SHEA’s control, among other avenues. They did so by using fake invoices and sham “vendor” arrangements, among other ways, to ensure, as KOLFAGE noted in a text message to BADOLATO, that his pay arrangement remained “confidential” and kept on a “need to know” basis.

Now this is America, and all are innocent until proven guilty in a court of law. The four defendants, each charged with a count of wire fraud and conspiracy to commit money laundering will get their day in court. No doubt SDNY prosecutors will lay out the steps of money laundering and how these folks botched it badly enough that they were caught. But the lesson for the rest of us is the two-step method of knowing something like “We Build the Wall” is a grifting scam to start with.

That’s it. That’s all it takes to expose someone as hapless in their greedy quest for fortune like the Brian Kolfages of the world. Five minutes on the magical information box would have detailed years of scams, schemes, and questionable behavior that had led up to that point and predicted where all this would go from there. And now here we are. Too much greed, not enough smarts, and not only being a dumb criminal but joining a group of dumb criminals under the misbegotten assumption that multiple stupid greedy people will magically do something collectively smart. Let us all learn from this.