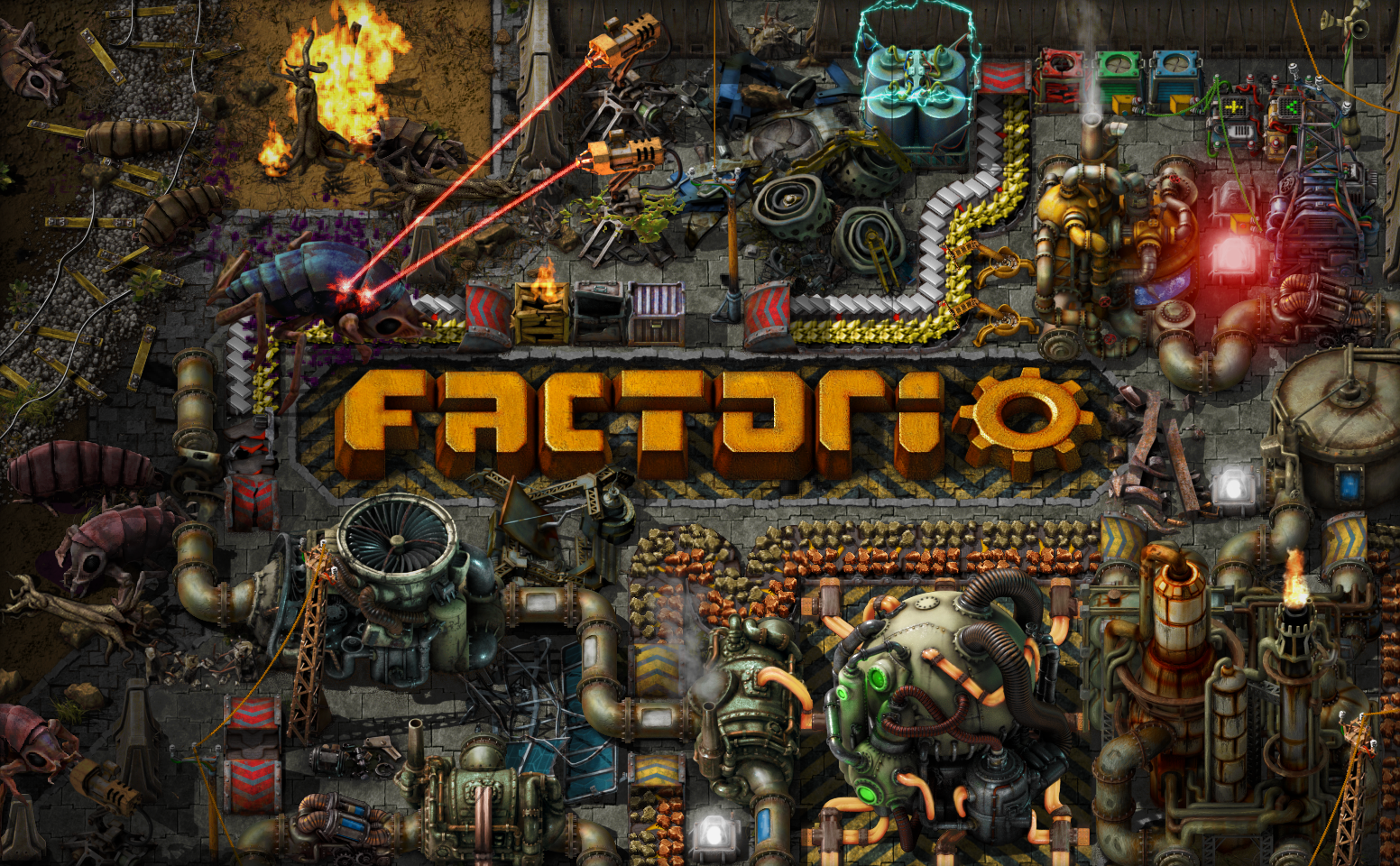 I have often been asked: if we have traveled between the stars, why can we not launch the simplest of orbital probes? These fools fail to understand the difficulty of finding the appropriate materials on this Planet, of developing adequate power supplies, and creating the infrastructure necessary to support such an effort. In short, we have struggled under the limitations of a colonial society on a virgin planet. Until now.

You begin the game at the site of your crashed space ship, on an alien planet with no technology – just some trees, a few fish, and some really angry alien bugs. All you have is some scrap you salvaged from your ship and a really fancy toolkit. Oh, and some coal and ore deposits you can mine.

You can’t just build a functioning space ship — all the know-how in the world won’t let you build a space craft out of iron ore. But you can build a smelting furnace to make it into plates. That won’t build a ship either, but you can make drills to mine more material for you and m+ore smelters to refine it. And then you’ll get enough material to make steam engines and then the game opens up. You can start building electric drills that don’t have to be filled up with coal and machines that can make things for you. And science labs which, when loaded with the correct components, will tell you how to make better use of the materials you have access to.

As you go, you’ll make computer components, and refine oil and make plastic. You may even build nuclear reactors to keep your base powered. You’ll also need to build defenses against the aliens who will grow stronger and more aggressive in response to your pollution, and your attempts to clear them off the resources you need (though if you find this aspect of the game uninteresting, you can just disable the aliens and play the game as a peaceful factory builder).

Each technology unlocks more things you needs to build and ever-more complex logistical chains to make it all happen. Eventually you’ll have lines of assemblers making ever-more complex items, all feed by trains carrying raw materials from across the map. Each of these forms a level of a technological pyramid – and the capstone is finally building a rocket silo and the rocket itself to send for help.

The game officially ends there, but it doesn’t have actually end. A lot of players (yes, there is a massive Youtube community built around a game that has only just officially launched) then try to make the largest base they can – bored of just launching a rocket, try building a base that can launch one rocket per minute.

I’ve been playing Factorio for years in Early Access, it’s been an essentially complete game for quite a while. But if you’re not into Early Access then good news! Factorio is now officially released and it’s on Steam.

What have you been playing this week?