Short throughput for this week for reasons you’ll see at the bottom of this post. 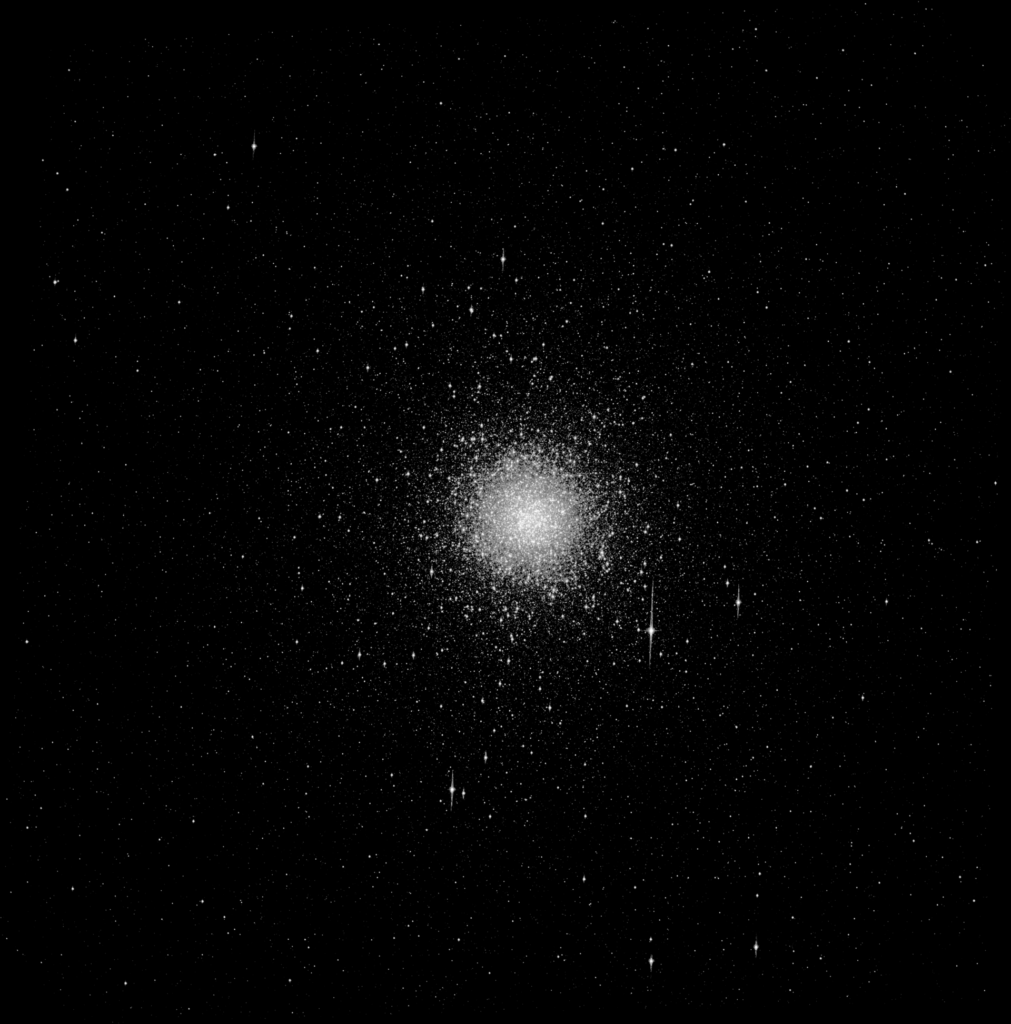 Messier 54. An ordinary globular cluster discovered in 1778 that, for two hundred years, held a secret.

[ThTh1] For some reason, New Scientist1 hyped a big headline about how our galaxy is going to “obliterate” a nearby galaxy. So what’s the real story?

For many years, we thought that our Milky Way galaxy formed from the slow collapse and spin-up of a vast cloud of gas. But starting in the 1970s, that picture became blurry. A growing body of evidence indicated that the universe formed galaxies by merging smaller galaxies into larger ones. And a growing body of evidence indicated that our galaxy may have formed this way.

In 1994, we found the smoking gun for the idea that our galaxy has grown from merging with or devouring other galaxies. Astronomers looking at the globular cluster Messier 54 — pictured above — discovered that was not part of our galaxy but was embedded in a small faint galaxy that was in the process of being disrupted by our own. The Milky Way’s gravity was stretching this small galaxy out, leaving long trails of stars circling through the sky. The orbit indicated it would eventually be completely disrupted and become part of our Galaxy. The dwarf galaxy — named Sagittarius after the constellation it was discovered in — proved that our galaxy forms through mergers.

Over the last 25 years, Sagittarius has been studied pretty intensely, both observationally and theoretically. I’ve published a few papers on it myself. The picture is pretty clear: Sagittarius started merging with the Milky Way over the last few billions years. Over the next few billion, it will be completely disrupted and become part of the Milky Way, mostly as a long winding trail of stars through the outer reaches of the Galaxy.

In June, a new paper used the exquisite data from the GAIA satellite to better refine the models of Sagittarius’s interaction with the Milky Way. What they find is that the dwarf galaxy is in even worse shape than we thought and may be completely disrupted within the next billion years.

So … it’s a cool result. But it’s not a sudden revelation. Sagittarius is not being “obliterated”. It’s finishing the process of joining our big happy Galaxy a little faster than we thought.

[ThTh2] This is accurate:

A brief history of Physics 🤣 pic.twitter.com/x6bNCiVkDr

[ThTh3] My first ever observing run was at the Arecibo Observatory in Puerto Rico. So seeing it damaged by a storm hurts. Hopefully she’ll be repaired quickly.

[ThTh4] When stars interact in our galaxy, some can get kicked out at very high speed. This week we hit a new record: 8% of the speed of light.

[ThTh5] The dance of the planets. And moons.

[ThTh6] Our understanding of how the Sun works is still in progress. We have a pretty good idea based on nuclear physics and observations. But since we can’t see the interior of the Sun, the only direct evidence supporting our theories comes in the form of neutrinos — small subatomic particles that blast through the Sun at light speed. We’ve now detected neutrinos from a nuclear reaction we have suspected but not proven.

[ThTh7] For The next three nights and Sunday afternoon, I’ll be part of our Department virtual Astrofest. I’ve recorded a talk on cosmic explosions and will be manning a Q&A booth on Zoom. Feel free to drop by — either on Facebook or on our Homepage if you want to say hi. The chats will be moderated so just yelling at me about Kamala Harris probably won’t get through.