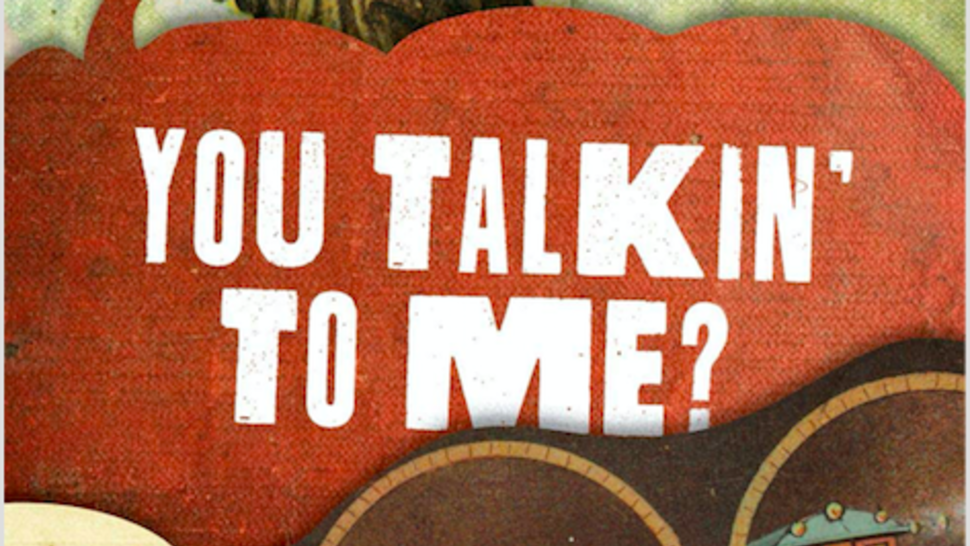 Americans and New Yorkers (who, strange to think, are also Americans!) have a complicated relationship. The Empire City has had a huge influence on the cultural tastes and economic strength of the rest of the country since about the time of its birth; and yet, Americans still see native New Yorkers as rude, pushy, snobbish, street-smart, social climbing, workaholics very different from themselves. I can still recall a news story in which a Kansan snapped and killed a stranger with an axe in a general store and an eye-witness related to the reporter: “This kind of thing never happens here in Kansas! It’s not like New York, where stuff like this happens all the time!”

Academic E.J. White comments on a particularly fascinating wrinkle of this relationship in her greatly entertaining new book You Talkin’ to Me? The Unruly History of New York English (Oxford University Press, 2020): typically, the spoken variant that a nation treats as its national standard speech comes from its economic and cultural center- i.e. Parisian is the “standard” French. But, in the case of America, the accepted standard for broadcasting and spoken English sounds more like a Midwestern vernacular. Instead of Joe Pesci, an “educated” American will sound like Walter Cronkite. For decades, in fact, New York schoolchildren were taught to speak as if they weren’t New York schoolchildren.

New Yorker wasn’t always short for goombah however. If you’ve watched any old American movies, you will note the classic “cultivated” finishing school accent sounded, in White’s words, “as if the speech of Southern England had been brushed over the top of New York speech.” This accent, which she calls “New York dainty,” and which is often called “Mid-Atlantic,” took root in port cities like Boston, New York, and Charleston, that had regular contact with London. R’s at the end of words nearly went extinct. Under the influence of this “sophisticated” way of speaking, regional dialects lost ground; by 1925, New York schoolchildren were taught “speech improvement.” Of course, the Mid-Atlantic accent is itself nearly extinct today; Katherine Hepburn, a nation turns its lonely ears to you.

If you had to guess who killed the New York dainty accent, your last suspect would be WASPs, but in a sense that’s what happened. The Association of New England Deans began worrying about a little problem with merit-based admissions: Jews had merit. New York increasingly looked like a “cautionary example” to those worried about the “foreign element” of immigration. Jews, in particular, were seen “as dangerous outsiders and potential smugglers of socialist ideology from Eastern Europe.” But, Italians and the Irish were also plenty suspicious. And then Blacks began migrating to New York from the south along with Puerto Ricans who came to the West Side. Elite institutions started actively recruiting from well outside the Northeast. The rise of radio, meanwhile, coincided to the debate over immigration; radio voices got flatter than the prairies. Well, you see where this is going. New York was “dangerous” and “foreign”; so, the Midwest was “pure” American. “New York values” don’t fly in Topeka.

Except they kind of do. In the popular image, New Yorkers are rough around the edges, but also scrappy and resourceful, street smart instead of book smart. White notes that the most famous speaker of a “lower-class New York variant” is Groucho Marx, followed by his cartoon avatar Bugs Bunny- two of the greatest Americans who ever lived. Groucho’s humor in particular comes from his outsider status. Interestingly, White even cites an early script for Star Wars in which R2D2 and C3PO talked like New York cabbies! The scrappy Ratso Rizzo-style New York character knows how to take care of themselves when the chips are down, get out of a jam, and throw punches when necessary. One might say Americans like to see themselves as Midwesterners in good times and New Yorkers when their backs are to the wall.

The book would be worth its cover price for the discussion of how Edward R. Murrow English became standard, while Noo Yawker became comical. But White goes on to explain where New York gets its place names- largely, Native and Dutch words- “Bowery,” for example, from the Dutch “bouwerij” or farm. And, from there, how many slang terms from the New York underworld have percolated up into general usage via crime fiction that made learning city slang seem like a survival strategy.

These sections in particular would be fun to read in tandem with Luc Sante’s Low Life or Herbert Asbury’s classic Gangs of New York. White confirms that we, indeed, get the word “hookers” from Corlear’s Hook. And Hook, as in Red Hook, from the Dutch “hoek”: point or corner. Since many Irish immigrants went into both crime and policing, a “paddy wagon” could come from either side. Sing-Sing prison was, literally, “up the river” from New York. And who can resist the tidbit that gamblers once called the winner’s purse an “apple” and, since New York had the paramount New York Jockey Club, the city was “the big apple”?

White goes on to show how the (largely Jewish and immigrant) writers of Tin Pan Alley taught Americans to sing the slangy words they heard in the New York air, while writers like George S. Kaufman, Dorothy Parker, and S.J. Perelman slummed it in Hollywood and taught us how to talk. New York’s status as a “great factory of language” extends on to the Jamaican siblings in the Bronx who threw a house party in 1973 and gave us hip hop. White also details the incredible linguistic complexity of “code-switching,” something many New York kids understand fluently by grade school.

In fact, by the end of the book, New Yorkers seem quintessentially American. White, perhaps wisely, doesn’t comment on Donald Trump, or how a party that railed for decades against “New York values” chose a quintessential New York huckster for its avatar. This is a smart, enjoyable academic survey and such things would likely weight it down.

And, perhaps, we should say simply that a smart American can very well cherish their “middle American values,” while still being wise enough to keep a bit of their inner New Yorker on reserve.

Tags: E.J. WhiteYou Talkin' To Me?