Only Politics Stays U.S. Postal Service From Their Appointed Rounds 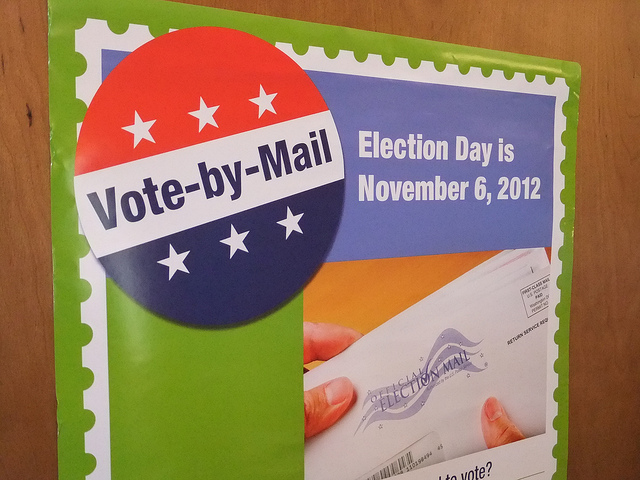 This is mildly disconcerting:

The U.S. Postal Service is experiencing days-long backlogs of mail across the country after a top Trump donor running the agency put in place new procedures described as cost-cutting efforts, alarming postal workers who warn that the policies could undermine their ability to deliver ballots on time for the November election.

DeJoy, a North Carolina logistics executive who donated more than $2 million to GOP political committees in the past four years, approved changes that took effect July 13 that the agency said were aimed at cutting costs for the debt-laden mail service. They included prohibiting overtime pay, shutting down sorting machines early and requiring letter carriers to leave mail behind when necessary to avoid extra trips or late delivery on routes.

The new policies have resulted in at least a two-day delay in scattered parts of the country, even for express mail, according to multiple postal workers and union leaders. Letter carriers are manually sorting more mail, adding to the delivery time. Bins of mail ready for delivery are sitting in post offices because of scheduling and route changes. And without the ability to work overtime, workers say the logjam is worsening without an end in sight.

As states look to dramatically expand the use of mail-in ballots this fall, postal workers across the country said the changes could lead to chaos in November.

One of the most significant changes here is the cancellation of overtime. In the past, postal workers worked until all the mail was sorted and delivered, sometimes making multiple trips to make sure it was delivered in a timely fashion. DeJoy is telling them to not to do this, citing a potential savings of $200 million. The problem, as anyone who has dealt with this kind of a logistical situation knows, is that any backlog may start small but quickly snowball into a gigantic one, especially in the run-up to an election, when mail tends to surge. So, leaving ten letters behind one day becomes twenty letters the next day, becomes a hundred letters within a week.

DeJoy’s motive here — he claims — is that the Post Office should be run more efficiently and stop losing money. Maybe this will cost me my conservative/libertarian street cred, but I have never understood the idea that the Post Office should pay for itself, let alone be profitable. The purpose of the Post Office is not to make money — we have UPS and Fedex for that. It’s to provide a basic universal mail service to the entire country. It does waste money; but given the massive amount of waste in a $4 trillion budget, delaying mail deliveries seems an odd place to start reinventing government. And delays in mail seem a poor tradeoff for a savings that is less than 0.25% of the Post Office budget.

DeJoy’s claim is also belied by electronic mail sorting machines being shut down early to “cut costs”. This is nonsense. If electronic sorting machines are shut off, that means manual sorting, which is far less efficient, far more costly and carried out by people for whom this is not their job. One commenter likened it to sending car parts to an auto dealer and asked them to assemble a car at the dealership in the name of efficiency.

Why the post office is losing money is a bit contentious. A big part of their expense is funding retirement benefits. That is, contra the Left, not unusual for an ostensibly self-sufficient service. What is unusual that they must fully fund retiree medical coverage rather than letting Medicare take over. But even if you eliminated the retirement funding — which would require a federal bailout of retirees — the Post Office would still be losing money.

Given that these delays are hitting cities much harder than rural or suburban areas, one can’t help but be sympathetic to Democratic complaints that the underlying purpose is to disrupt vote-by-mail effort, particularly in heavily Democratic cities in swing states. After all, it is rural routes that are the least “profitable”; rural post offices that lose the most money. As has been pointed out for years, a Post Office commanded to pay for itself would start by curtailing rural service. Cutting hours and services for cities that are overwhelmed by mail only makes sense if your purpose is partisan. It is notable that one of the worst-hit cities is Philadelphia, a heavily Democratic city in state Trump won by only 44,000 votes.

And even small delays in the mail could be catastrophic in November. To return to Pennsylvania: mail-in ballots must be requested by October 27 and received by November 3rd. A three-week delay in mailing means that the application would need to be sent in by September 22nd at the latest and the ballot returned by October 13. Few mail-in ballots are sent that early. I won’t get too deep into the sudden Republican skepticism of mail-in voting as there are other writers here more knowledgeable than I. But making the mail-in situation worse hardly seems a cure for concerns about fraud or uncounted ballots.

I’ll be generous and assume that DeJoy is not, in fact, trying to sabotage the election. With this Administration, I tend to err on the side of incompetence rather than malice. But even if DeJoy’s intentions are what he claims, that still makes it stupid. Long delays in mail have consequences well beyond the election: bills don’t get received or paid, checks disappear, legal documents arrive late. Even in the age of e-mail, our society depends heavily on a mail service that is universal, prompt and effective. “Efficiency” and “profitability” are extremely low on the priority list. This is a vital public service, not a business.

I’m certainly not going to argue that the Post Office doesn’t waste money or isn’t bloated with union wages and benefits, etc. This is an organization with revenue of $71 billion that still manages to lose $8 billion a year while fielding a fleet of trucks so ancient that some are literally catching on fire. But the middle of a pandemic and the run-up to an election are not the time to be doing this. And shutting down sorting machines is the last place I would look for savings.

The motivation for DeJoy’s actions, while interesting and plentiful fodder for commentary, is ultimately unimportant. What matters is that the Post Office needs to be doing its job. If that means an infusion of taxpayer money, well … that’s what it means. We can investigate ways this agency can run itself more efficiently. But we can do that without clogging the critical lifeline of money, information and votes that it circulates in our society.